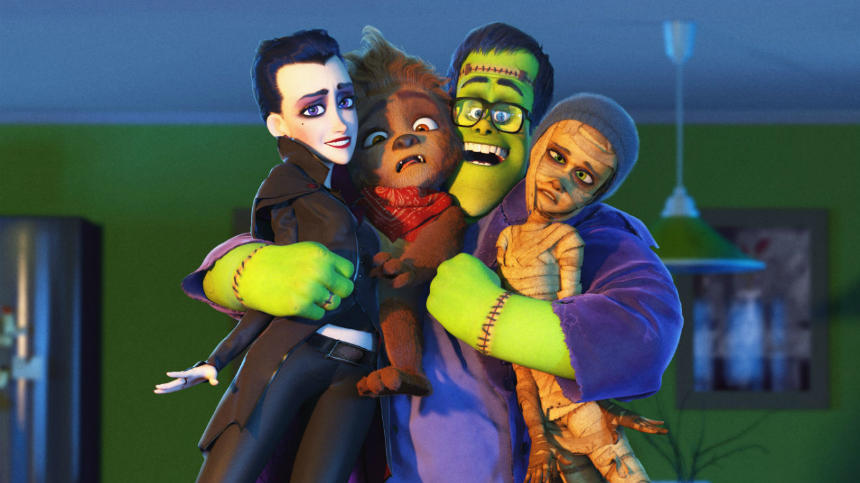 A teaser for the animated adventure Happy Family was released a couple months ago and now the sparkling full trailer has dropped.

The Wünschmann family isn't exactly a happy family. Mother Emma encourages the family to put their differences aside by taking them to a theme park. After a harmless joke with a doll, which turns out to be the evil witch Babayaga, the Wünschmanns are transformed into monsters. Mother Emma turns into a vampire, dad Frank becomes Frankenstein, daughter Fee turns into a mummy, and son Max winds up being a warewolf! And that's when a normal ride on a ghost train turns into a ludicrously spooky adventure. Will the Wünschmann family find their happy ending?

Do you feel this content is inappropriate or infringes upon your rights? Click here to report it, or see our DMCA policy.
animated family filmCatherine TateCelia ImrieEmily WatsonJason IsaacsJessica Brown FindlayNick Frost