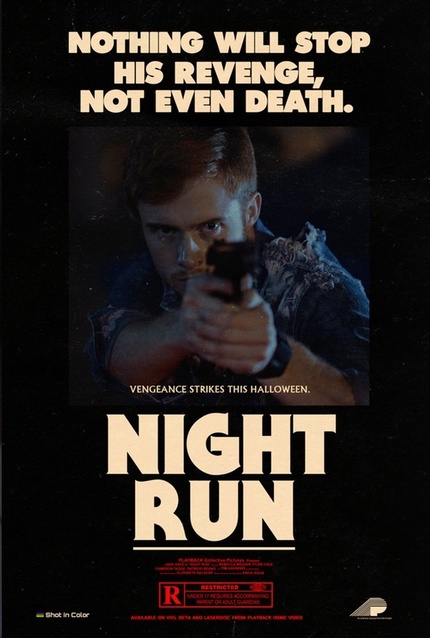 Erik Solis, designer, director, and founder of The Playback Collective, is all about the 1980's, and Night Run will be his ultimate ode to the era her loves.

A revenge tale about a murdered boyfriend who rises from the grave to avenge his death and the death of his once bright future, Solis sees Night Run as an Italian Death Wish knockoff with a supernatural spin, which sounds cool to me.

According to Solis, "It all began in the winter of 2013, during a marathon of 80's Halloween flicks. Night Run was born out of the love of everything 80's, from films, commercials, fashion and music. It all came from that amazing decade that gave us Alf and 'Where's The Beef' lady, how can one deny the awesomeness of the 80's?"

Quite simply: we can't!

Synth act Crockett are also on tap to score the film. Over the last few years Crockett has composed dozens of tracks emulating film scores from the 80's with an unique synth sound that encapsulates sounds and emotions from action and teen romance films from that era, replicating the sound like no other musician.

Learn more about the Night Run project, its rad rewards, and think about throwing a few bones towards some keen young filmmakers over at its official Kickstarter page.

Do you feel this content is inappropriate or infringes upon your rights? Click here to report it, or see our DMCA policy.
80scrowdfund thisErik SolisNight Run