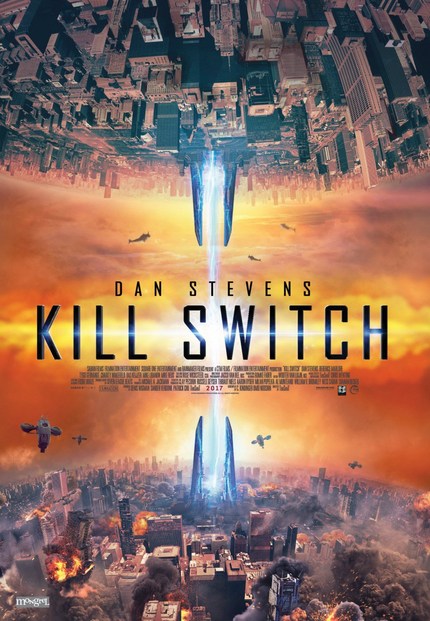 Visual FX supervisor Tim Smit makes his directorial debut with the high concept, futuristic thriller Kill Switch starring Dan Stevens (The Guest). The film is based on Smit's own short film, What's in the Box.

Set in the future, the video game style plot follows an experiment for unlimited energy, harnessing parallel universes, which goes wrong. Chased by drones and soldiers, Stevens and a physicist must race through an imploding world to get the Redivider box to a tower, which will save humanity, including his family, in the real world.

I have to admit I like the idea of an imploding reality as a mechanism for both a race-against-time element as well as an opportunity for interesting visual effects. I can't help but get a Hardcore Henry vibe with this one. Add Dan Stevens to the mix and I'm willing to give this one a shot.

The good news is that Kill Switch will be available soon on Ultra VOD May 19th, and in select theaters and On Demand June 16th.

Do you feel this content is inappropriate or infringes upon your rights? Click here to report it, or see our DMCA policy.
Dan StevensIndieKill SwitchSci-fiTim SmitTrailer

As Long as this one's better than Hardcore Henry, all (past) sins and transgressions are forgiven.