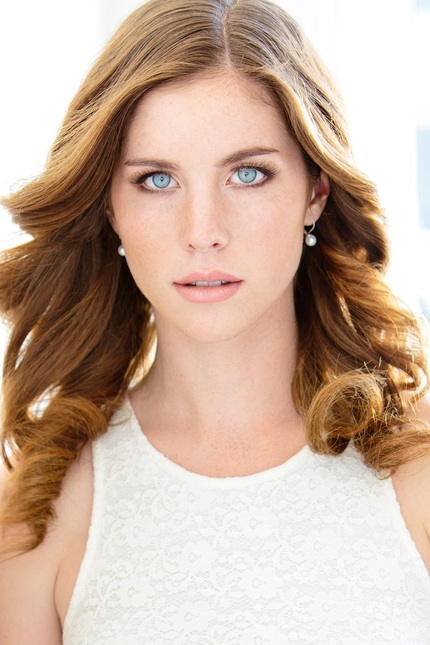 Molly’s award-winning dark comedy “Suicide” will be making its 22nd festival appearance when it screens on May 16th at the Nice International Film Festival. She’ll follow that up by unveiling a preview of her newest short “Lizzie Lost”  at the Cannes Short Film Corner beginning May 22nd.

This rising California filmmaker has been receiving high-praise for her handling of sensitive social topics, including suicide, LGBT issues and life changing illness; and for her ability to create dynamic female characters. Molly has also been heralded for her performances on-camera earning ‘Best Actress’ at the LA Film Awards, Studio City Int. Film Festival, International Independent Film Festival, Indiefest, and the Actors Awards among others.

Before heading off to France, Molly Ratermann found some time to answer a few questions.

Can you tell us about your dark comedy “Suicide”?
MOLLY RATERMANN: Of course. “Suicide” is a dark comedy that follows the life of an enthusiastic suicide planning hobbyist, Carson, which is also the character I play in the film. Carson drags her best friend, Franny, on her final ‘grand’ suicide mission into the desert and as the journey goes on, things start to unravel.

Where did you find the inspiration for it?
MR: Around the time I came up with the idea, I was really bothered by the ‘First World Problems’ trend, people not appreciating more than the materialistic or petty things in front of them. Along with that, I was really intrigued by the lack of compassion for people with mental health issues and how unfair that is. I was mulling around, “What could be the most extreme but fun way to shine a light on all of this?” and this is what came of that.

Any tough moments on-set while shooting, personally or otherwise?
MR: Oh, definitely! There were lots of little quirks and quips along the way just like any indie, which always makes it fun. We had the cops called on us and then we were chased out of a gas station while filming so we had to cut that scene out of the film. I had to recast the part of Dr. Wolf the night before the shoot due to an actor dropping out, thank god for Katherine!  Oh, and I almost had my car towed slash seized by a police officer in the middle of the desert for forgetting my registration sticker. Things like that, but of course make for a fun story to tell.

Why do you think it’s resonated so well with American audiences and do you expect the same from French movie goers?
MR: I was really nervous how Americans would receive this film, that they wouldn’t understand the message of the film. People do want more awareness on the subject of suicide, but it’s always heavy to delve into and with this film, I think they were happy that it was a lighthearted and relatable take on the subject. With France, I am nervous to see if certain aspects don’t translate. I can only hope they’ll be as responsive as American audiences.

You’re also previewing another short called “Lizzie Lost” at Cannes, so can you give us a glimpse of that one?
MR: “Lizzie Lost” is more of a quirky drama. I play Lizzie, who has a hard time reaching out for help and expressing her feelings as a coping method to not face her problems head on. The film focuses on a pinnacle part of Lizzie’s life when her health and love life are crumbling, but when faced head on, she’ll have to decide whether she’s going to step up to the plate.

Why this story?
MR: Well, my best friend is lesbian and I always find the things she struggles with or others in the community to be interesting. Most of the things she runs into, straight people rarely do. I wanted to explore loving someone who not only doesn’t love you, but doesn’t attract to your gender either. I think the people in the world who still don’t agree with the LGBT community, don’t empathize with the fact you can’t choose who you fall in love with. And that’s half the message of the film.

Overall, what been the biggest piece of advice you wish you would have followed?
MR: To be patient. It’s the number one thing I struggle with and looking back, there really is a timing to things. Of course, being patient doesn’t mean not working hard, reflecting, or making things happen, but I do think impatience at the wrong time adds on pressure that could be filled with enjoyment instead.

Best advice you actually followed?
MR: Probably the combination of things my parents always said growing up which usually came down to “Go do it, Molly” and “Have fun”. I think making life fun, and making things happen whether it’s career, life, travel, anything that fulfills you. Make it happen and have fun… and don’t close open doors on yourself. Kind of cheesy and simple, but has worked well for me so far.

Did you ever think about giving up on either project and what stopped you?
MR: There were lots of moments where it felt overwhelming or impossible. Post production on both were pretty arduous. As everyone knows, seeing a rough cuts of your film so many times before it’s close to final cut is everything to make you feel like a terrible filmmaker, but I think knowing there is always a creative way to solve a problem and finding that solution makes it really rewarding. That’s always what I look forward to.

Lastly…where do you go from here?
MR: Hopefully up! So far this year, I have played the lead in 2 projects with a web series, horror feature, and 4 other projects to go. I’ll be running around the festival circuit as well, Cannes of course, and trying to get two features of my own off of the ground. I’m looking forward to seeing what the festival circuit and other auditions hold for the rest of the year.

Do you feel this content is inappropriate or infringes upon your rights? Click here to report it, or see our DMCA policy.
CannesCannes Film Festivalcomedyfilmfilm festivalindie filmlgbtNiceNice IFFshort film