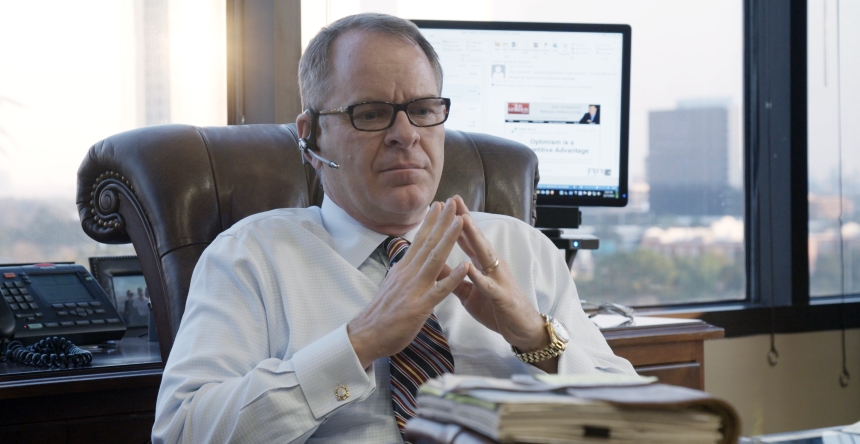 How many people have selfies taken with Dr. Ben Carson on their phones that they will probably never look at again? For a few shining moments, the former neurosurgeon whose stab-to-scalpel story was adapted into a television movie starring Cuba Gooding Jr., was an outsider-candidate for the U.S. Republican presidential ticket in 2015.

This stemmed from a promising keynote speech at the National Prayer Breakfast, where Carson brazenly lectured President Obama on the moral decay of America, as Obama sat ten feet away. It is fitting that his political potential started with prayer, as PACMen shares the story 'Run Ben Run' from the inside.

As Donald Trump often blathers, "America does not like losers," And while the orange authoritarian bafflingly blazed his way through the primaries and election cycle to the highest political office in the world, he was right in this case -- outside of a small political bubble, Dr. Carson was exactly and going to be always that, one of politics' many losers.

Aussie director Luke Walker has unprecedented access to Carson's Political Action Committee, "Extraordinary America," (in common parlance, a super-PAC), the body of wealthy evangelical Christians and Tea Partyers who are responsible, in a large way, for getting Carson to run for the Republican nomination, and also handled the logistical and financial details of his 'ground game' in the early state primaries. Walker structures his film between the nuts and bolts of running a behind the scenes political leadership race with Dr. Carson's ill-informed, often outright goofy series of blunders in front of the news cameras on the national stage.

Your ability to catch the vibe that Walker seems to be laying out with PACmen -- decidedly Christopher Guest but for real this time -- might depend on your penchant for schadenfreude. At the beginning of the many conference calls and hotel-ballroom meetings, there is a collective prayer for success that often gets hyper-specific: "Let us pray that the liberal biased media stop attacking Ben." This is amusing in and of itself, if not for the dramatic irony that they are being filmed by a director who has structured a vision of their worst fears into a divine comedy. For PACmen is a story of faith and hubris and unintended hilarity, writ large.

As the numbers of the campaign, both the fundraising, and the chances of securing the number of delegates required to win primaries, approach 'mathematical zero,' Carson fails to concede to reality and keeps running. Behind the scenes, the prayers are amplified. The old white guys with bluetooth headsets and ornately carved wooden desks, including Jeff D. Reeter (owner of said desk), Terry Giles and John Philip Souza IV increasingly grasp at a miracle. A volunteer helpfully offers, "God is in the business of miracles." Meanwhile, the media is in the business of calling out ridiculousness for what it is. To be fair, it seems increasingly to be the late night talk shows shouldering this responsibility over the cable news networks.

The will to laugh at shenanigans and cluelessness, however, may be tested as you see the on-the-ground staffers, volunteers and believers slowly get fired as the Carson campaign wheezes to an ignoble end and the Super-PAC might secretly realize that backing a certain horse after really only one convincing speech might have been a bit presumptuous, although I am unsure if presumptuous is a word in the vocabulary of people who exist in the extreme subsets of American politics. (Notably, Carson ended up in government after all, bizarrely; he endorsed the candidate far outside his values, and was made Secretary of Housing and Urban Development for his political endorsement, praise be to God!)

PACmen espouses the truism that someone cannot pray their way into power -- especially if they pontificate on national television that the Egyptian pyramids were built by the Jews for grain storage. Carson had a penchant for demonstrating a woeful lack of foreign policy knowledge, and he combined it with a quiet perplexity, most tellingly demonstrated when he missed his queue to take the stage at a national debate, and looked the nonplussed fool in doing so. Trump managed to make a greater share of policy and political gaffes and scandals (minus the pyramids), but it was his brand, and by owning it, he waltzed straight into office to the profound disappointment of the evangelical Right.

Reality management, a time honoured political endeavour, and faith (also) collapse under the hard light of scrutiny, and the sharp blade of comedy and wit, the very Judas that the Carson campaign labelled as Ted Cruz, was actually the Australian filmmaker hanging about and quietly capturing comedy gold.

Do you feel this content is inappropriate or infringes upon your rights? Click here to report it, or see our DMCA policy.
Ben CarsondocumentaryHot DocsLuke Walker