Cannes 2017 Dispatch: A Tour of the Marché

It's been a long while since we last explored the wacky posters on display at Cannes. Amazingly enough, some of those same 2012 posters are still hanging around.

But the annual wander through the labyrinthine halls of the Marché du Film is a tradition that never disappoints. We post these not to make fun (okay, sometimes) or to put down the hard work that has gone into these films. It's more about the "whoa, where did this come from" factor. So come with us now on a tour of the market floor. Bonus points to anyone who comments they've seen any of these fun-looking flicks. 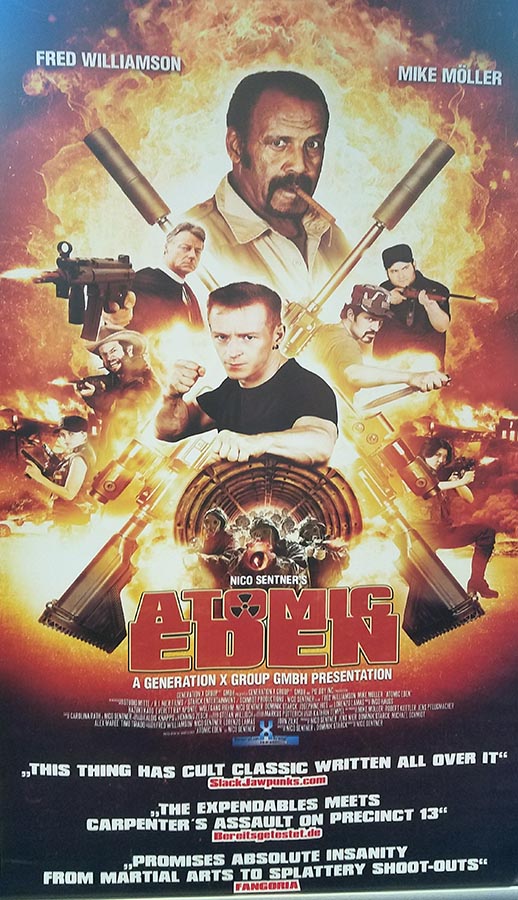 One of the classic tropes of the international market is to take a star of yesteryear and stick them into a action extravaganza. It just happened that worked really well with The Expendables franchise. So bring on the Fred Williamson-aissance.

Atomic Eden
Dir: Nico Senter
Premiere: Kuwait 2015
Synopsis: Trapped inside an old mining complex, somewhere in the ruins of Chernobyl, a group of international mercenaries must band together to fight an army of mad men. 8 against 800, they just couldn't lose.
US Distribution: No word yet. 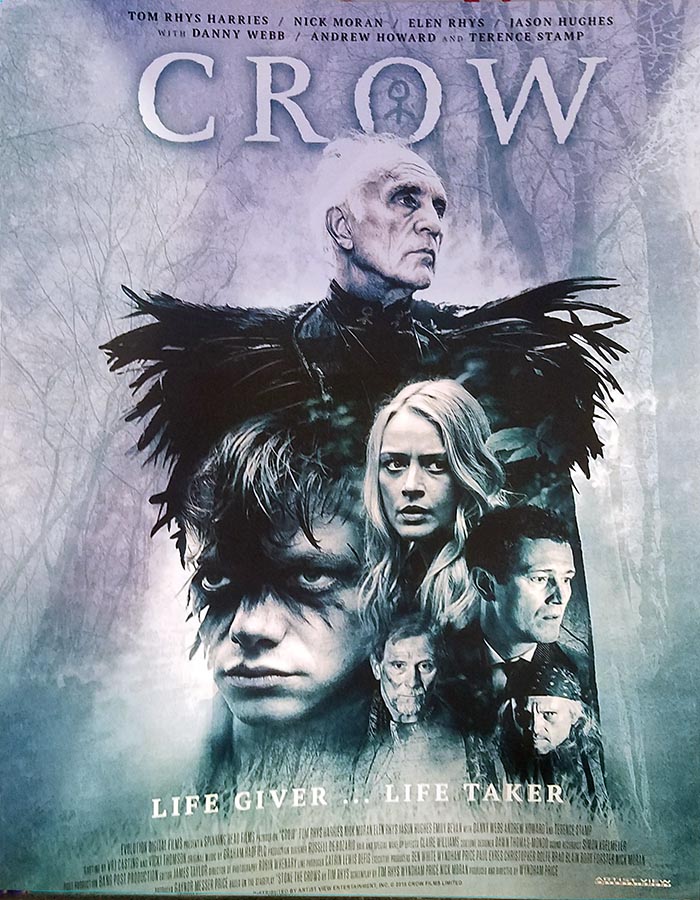 Another favorite tactic of international sales agents is to really play up the similarities to popular properties in the world sales materials. I think it's pretty obvious what this is trying to evoke, even if the synopsis doesn't hint at any sign of iron thrones. But hey, Terence Stamp! 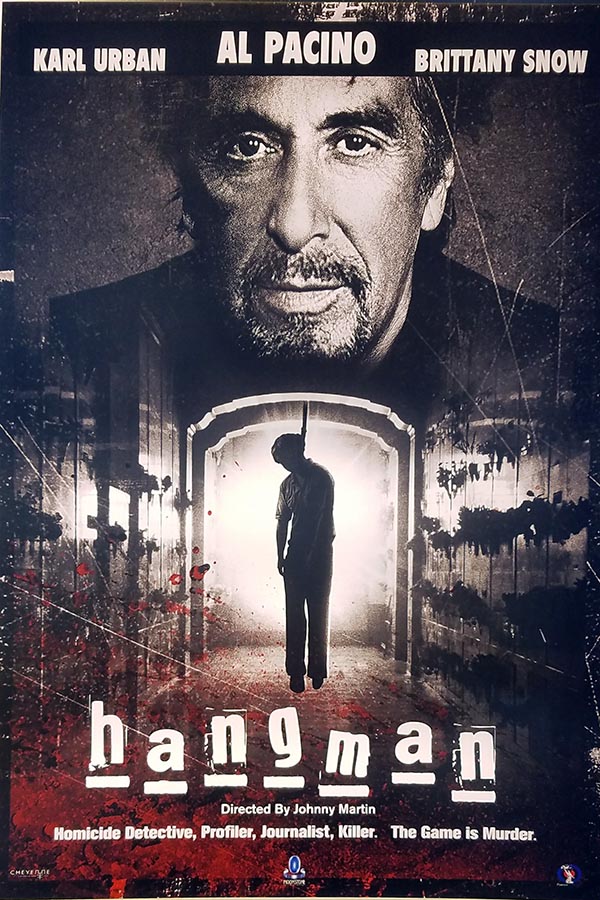 From time to time you'll get a glimpse of an unreleased movie star feature. Well this Al Pacino-starrer from the company that brought you the Nic Cage feature Vengeance: A Love Story is technically unreleased.

Hangman
Director:Johnny Martin
Premiere: TBD
Synopsis: A homicide detective teams up with a criminal profiler to catch a serial killer whose crimes are inspired by the children's game Hangman.
US Distribution: Coming soon. 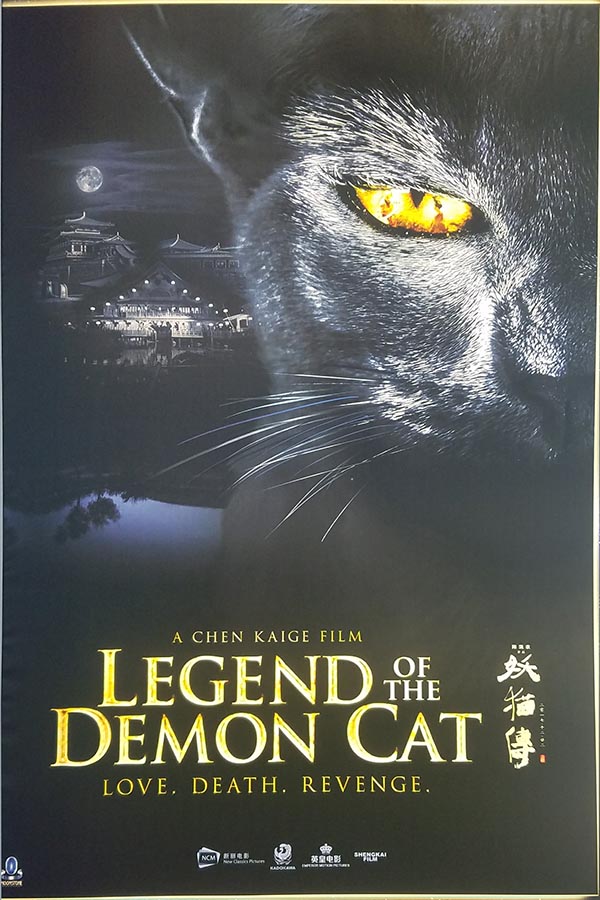 This Japanese/Chinese co-pro supernatural thriller from Chinese super star director Chen Kaige was all over the market. I mean, demon cat + Chen Kaige? Nuff said. It was said to cost over $200M!

Legend of the Demon Cat
Director: Chen Kaige (Farewell My Concubine, The Promise)
Premiere: Unreleased
Synopsis: LEGEND OF THE DEMON CAT is set over a thousand years ago during the Tang Dynasty. A Chinese poet and a Japanese monk join forces to investigate a demonic cat who has possessed a general’s wife and wreaked havoc on the imperial court. The investigation takes gruesome and unexpected twists, resulting in the monk and the poet unraveling the mystery behind the death decades earlier of legendary, beautiful concubine Yang Guifei.
US Distribution: We can't wait to find out. 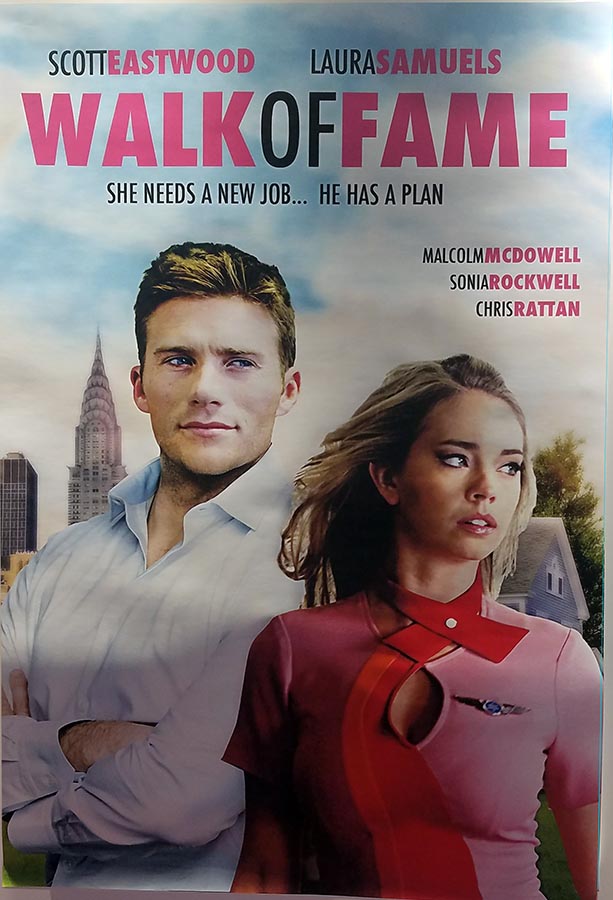 Walk of Fame
Director: Jesse Thomas
Premiere: Released in US March 24, 2017
Synopsis: A motley crew of aspiring performers come under the guidance of an eccentric and volatile acting coach.
US Distribution: Watch it on iTunes, now! 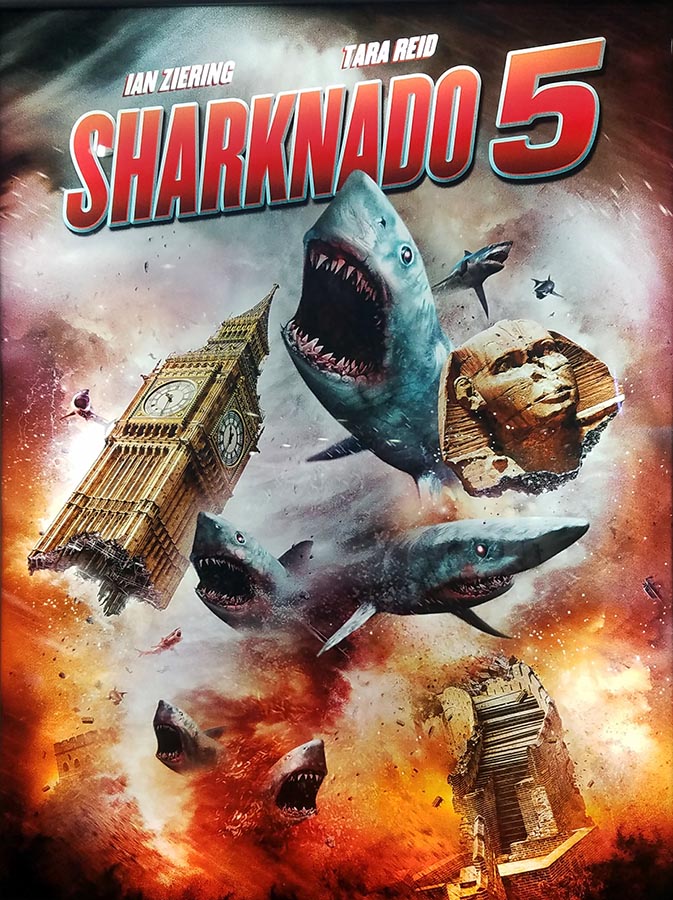 It's almost like The Asylum is just making these things to get talked about in the "come on" category. This one doesn't even have a clever subtitle such as number four's "The 4th Awakens." But I thought this was worth pointing out that it's nice to see the franchise is still giving work to Ian Ziering and Tara Reid

Sharknado 5
Director: Anthony C. Ferrante (he's done 'em all)
Premiere: Coming to Syfy August 6th
Synopsis: With much of America lying in ruins, the rest of the world braces for a global sharknado, Fin and his family must travel around the world to stop them.
US Distribution: Syfy 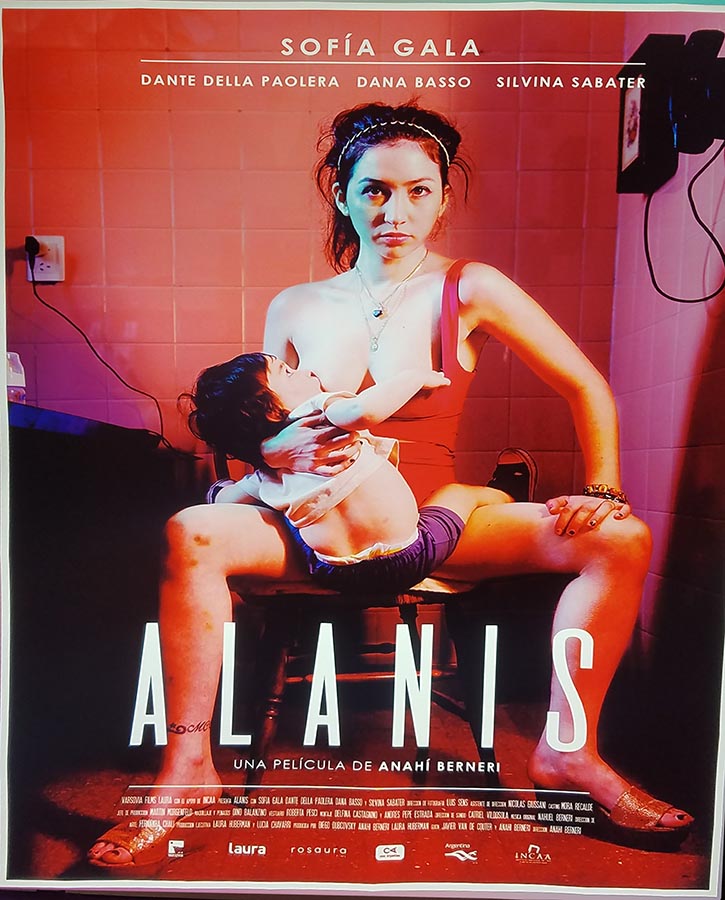 Sometimes a poster is just too provocative not to stop and ask about. Unfortunately I didn't do that... and I can't find much more than a synopsis for this one that is yet to make it to IMDB. Anyone?

Alanis
Director: Anahí Berneri
Premiere: Not yet.
Synopsis:Alanis is a sex worker. Along with her one-year-old son, she shares with Gisela, a woman several years older, a "private" apartment in downtown Buenos Aires, where she lives and works. Posing as clients, two municipal inspectors break into their apartment and close their home. They ask for a qualification they do not have to function "as a massage home". Alanis seeks accommodation at an aunt's house. He arrives in his work attire and, full of deceit, tries to keep his dishonorable secret in front of his family. From there, Alanis tries to recover her dignity, her belongings and her friend. He takes care of his son and offers on the street what he knows how to do. But even the street has its rules and Alanis must fight to make a place. Moving permanently, as one who can not stop to think: Where to live with your baby? Where to work? Or is it really that these are choices that you have no freedom to take?
US Distribution: Mmmm... 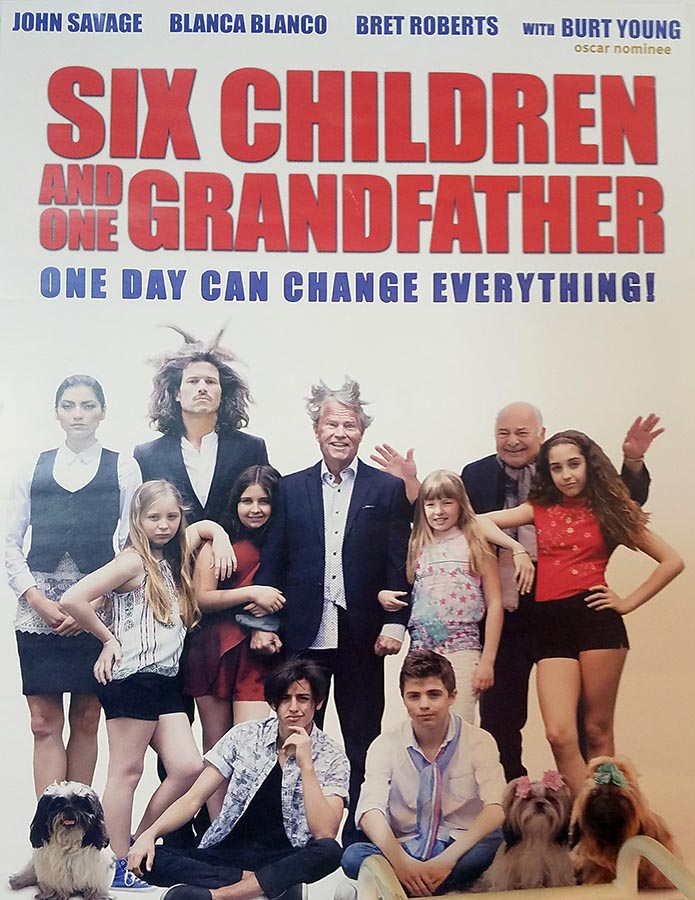 Heh. Okay this one we're kinda making fun of. 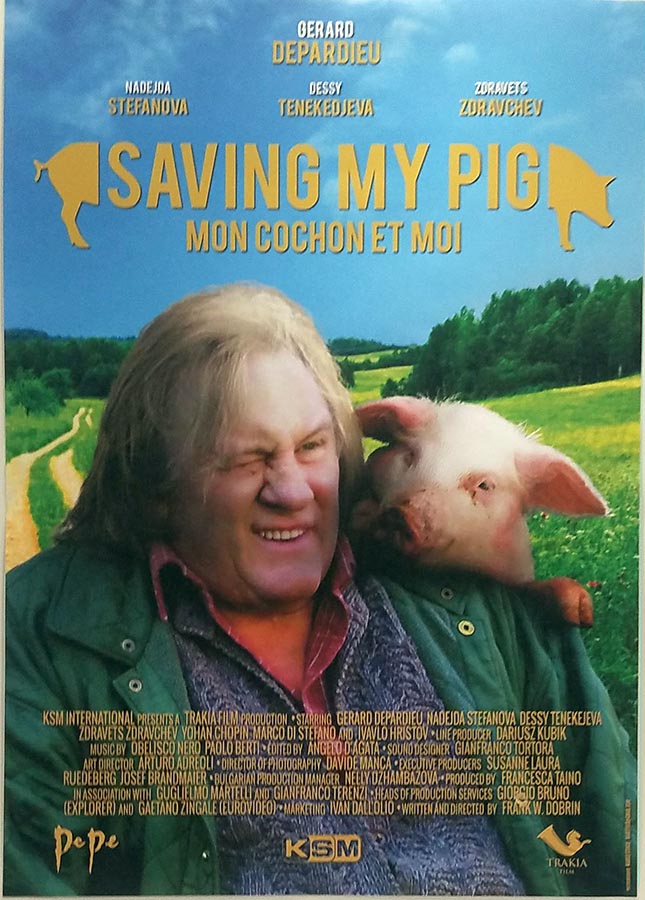 Saving My Pig (Mon Cochon et Moi)
Director: Frank Dobrin
Premiere: Unknown.
Synopsis:The delicate story of the friendship between a man and a piglet, taking place in contemporary Bulgaria.
US Distribution: Unfortunately not.