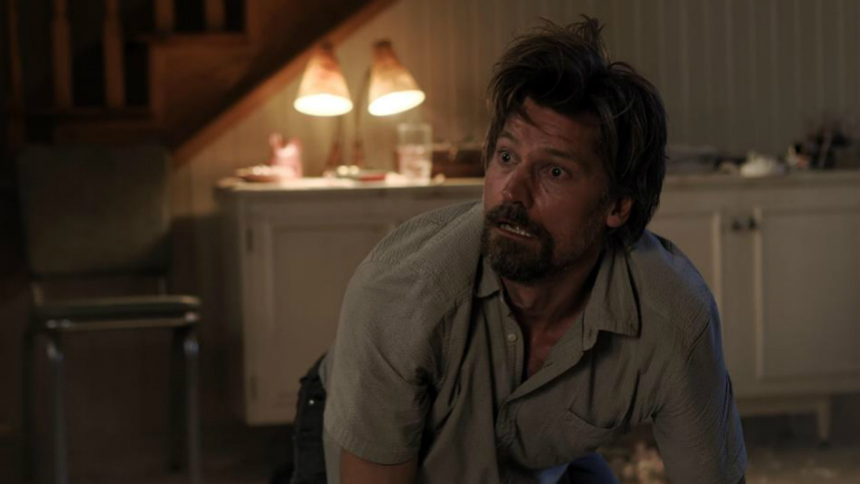 Four years ago, Evan Katz made his directorial debut with the pitch-black comedy thriller Cheap Thrills, pitting Pat Healy against Ethan Embry in a diabolical, desperate game of survival. Now Katz has returned to the director's chair with Small Crimes, which takes a decidedly more relaxed, though no less diabolical, approach to pitch-black comic suspense.

Nikolaj Coster-Waldau stars as Joe Denton, introduced as he's released from prison and seeks to establish a new life in a small town where he was born and raised. But his old life casts a long shadow; no one looks happy to see him, not even his mother (Jacki Weaver) and father (Robert Forster).

Gradually it's revealed that Joe was a police officer until he was busted for corruption and certain other 'small crimes.' Among his crimes was disfiguring the district attorney and crossing enough other local heavyweights to the point that his future prospects look dismal indeed.

As if that's not enough, his former police superior (Gary Cole) informs him that the aged local crime boss is dying, but before he dies, he appears determined to spill his guts about all his past misdeeds -- and those of everyone else in town. That would send everyone to jail, so the task of silencing the crime boss is given to Joe as a priority order.

In the past, Joe had no qualms about any criminal activity, but since his release from prison he's determined to go straight. Will he be able to hold to his new path when everyone else wants him to remain crooked?

Director Katz began his screen career by writing a series of short films directed by Adam Wingard. After helming Cheap Thrills, he directed a short for ABCs of Death 2 and an episode of Scream: The TV Series. He spent a season as producer on Hap and Leonard, the delightfully bent crime series based on the characters created by the great Joe R. Lansdale.

Small Crimes is based on a novel by Dave Zeltserman, first published in 2008. Katz collaborated with Macon Blair (I Don't Feel at Home in This World Anymore) to write the screenplay and their joint effort has all the hallmarks of a classic noir: impossible odds faced by doomed characters equipped with gallows humor.

Indeed, the film delivers on that promise, proving to be a gripping daytime noir that packs a sneaky punch. It's not at all what's expected, not only in plot development but in how the awesome cast, including Molly Parker, Pat Healy, Larry Fessenden, and Macon Blair, help dislocate the twists and turns in their characters.

While lacking the visceral impact of Cheap Thrills, the criminal charms of Small Crimes are more insidious, worming their way into the subconscious long after the closing credits have rolled.

The film enjoyed its world premiere at SXSW. It will debut on Netflix on April 28.