SXSW is off to a raucous start with the indie film biz and Austin movie fans competing for precious 6th street real estate with the techies and college kids. SXSW is such an interesting event as far as film festivals go. Although the film program is world class year-in year-out, there are always so many other activities competing for the spotlight. It's undoubtedly one of the most overwhelming weeks on the fest calendar.

The 2017 edition is no exception, especially when it comes to the quality of the film program. There are some truly excellent films making their world premieres at the festival, a number of which we profiled in our preview series (part 1 | part 2 | part 3). Now that the festival is officially out of the gates, we can start to talk about just which films are getting the most buzz (and which ones deserve it). 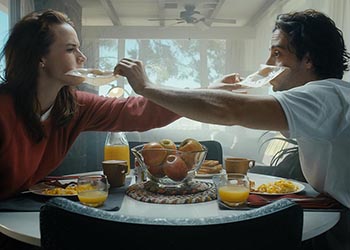 One of the true standouts of the first few days is Renée Felice Smith and C.A. Gabriel's The Relationtrip. This delightful indie romance is touching and quirky in all the right ways and something truly unique. It stars Smith (who you may recognize if you're a regular watcher of NCIS: Los Angeles) and Matt Bush as two unlucky-in-love 20-somethings. They meet, connect, and decide to go on an impromptu trip to the desert. Once there, that connection sparks into something bigger and we watch in delight as every stage of a relationship plays out over the weekend in a bizarre "life in fast forward" kind of way. Real life couple Smith and Gabriel do not shy away from the surreal and the film is filled with funny twists such as an ex-boyfriend played by a puppet and a one hundred-foot mother. It's an extremely confident and successful debut for the duo.

The name Norm Gunderson might be slightly more familiar to most people than John Carroll Lynch -- but you've almost certainly seen Carroll Lynch in more than just Fargo (in which he plays the aforementioned Gunderson). The uber-recognizable character actor takes his first turn behind the camera in Lucky and he's called on the talents of perhaps the most famous character actor to do so. The film stars Harry Dean Stanton as a 90-year old man named Lucky who is just going about his admittedly long-stretching days in a small town. Carroll Lynch doesn't dwell much on plot, instead opting to spend time with his rich cast of characters that surround Lucky (including particularly fun turns by Ron Livingston, David Lynch, and Ed Begley Jr.). It's a charming film and a true celebration of the beautiful talent of Harry Dean Stanton. 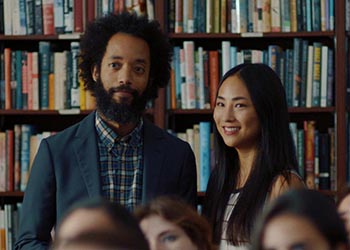 Another narrative entry with an early fest unspooling was Hello My Name is Doris co-writer Laura Terruso's directorial debut Fits and Starts. This comedy stars Wyatt Cenac as a struggling novelist, constantly confronted by the fact his wife is a far more successful writer than he is. Most of the very funny film plays out at a painfully awkward party (sorry, "salon") where Cenac's character is stranded awaiting his wife's arrival. Cenac shines and there's a very funny cast of side characters led by Maria Dizzia, Onur Turkel, and Alex Karpovsky.

Another film that has people talking is Lauren Wolkstein and Christopher Radcliff's The Strange Ones. This dark mystery about a young boy and his older brother on a trip into the deep woods keeps the audience guessing throughout. Alex Pettyfer stars alongside the young James Freedson-Jackson and both do very well but the star of the show is the gorgeous cinematography by Todd Banhazl. 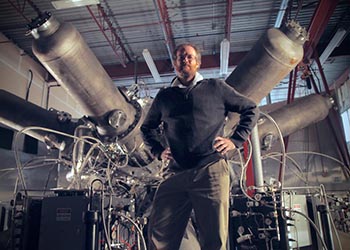 Many of the bigger documentaries are yet to screen (aside from a trio of excellent Sundance docs Nobody Speak, Trophy, and Long Strange Trip), but one doc that deserves a particular nod is Let There Be Light by Mila Aung-Thwin and Van Royko. This fascinating documentary about the quest for nuclear fusion as a silver bullet for the world's energy thirst is at the same time informative and entertaining as it dives into both the insane and insanely expensive ways of achieving the technology (see the trailer for a taste).

Plenty more to come from Austin in the days to come!