Oguri Shun Versus Aliens In Teaser For Live Action GINTAMA 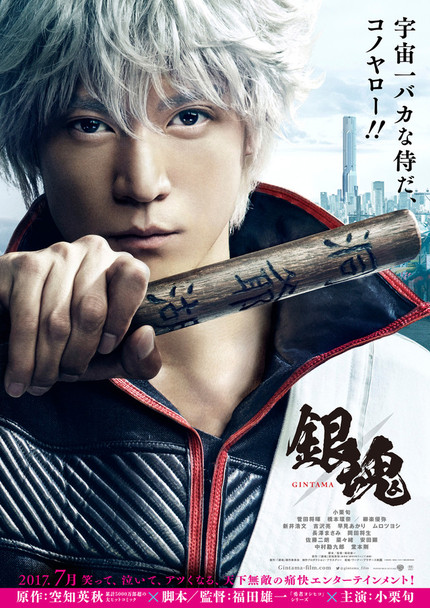 Set in an alternate past where an alien race arrived on earth during the Shogunate, Oguri plays a samurai fighting against the alien incursion and the human powers who have bowed to their arrival, set up a puppet government, and banned the samurai. Will there be lots of samurai-versus-alien action? Why, yes, I believe there will.

So far there is only a first teaser available. It's a brief one that focuses purely on Oguri's character but the look and feel is good and certainly whet's the appetite for further material. Check it out below.