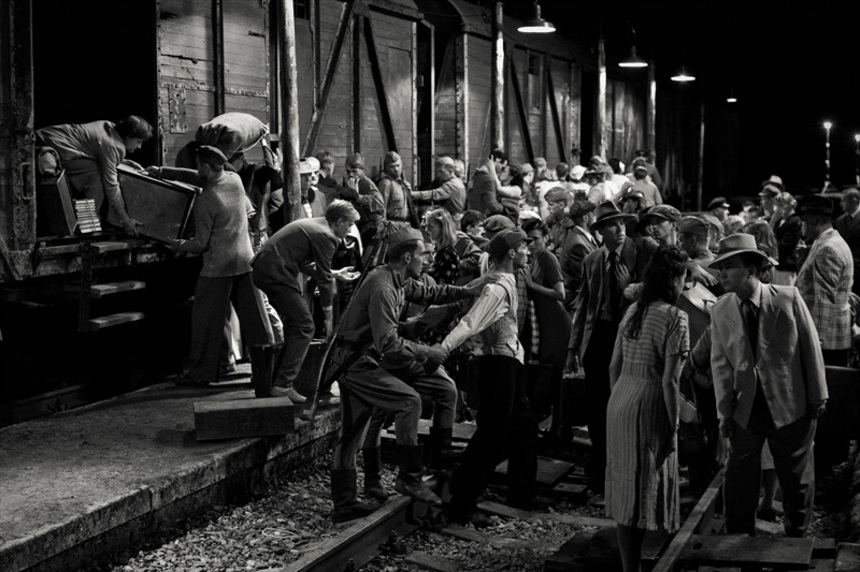 New video-on-demand service Filmatique, based in Brooklyn and currently accessible to US viewers, ventures on a crusade to bring arthouse fare worthy of attention to a wider audience.

The head curator for service, Ursula Grisham, explained the initial impetus for founding Filmatique as having seen “astonishing films from all over the world, places like Guatemala and Jordan and Afghanistan. Then months or years later, when I tried to watch them again, they didn’t exist,” a recurring experience a journalist covering international film festivals of all sizes can testify to.

Filmatique aims to cover the segment of young talents and emerging markets such as Estonia, Japan, Mexico, Colombia, Turkey and Syria and to introducing “films that are socially, culturally, or politically relevant to US audiences – often for the first time”.  For example, Filmatique recently added to its library an important and aesthetically mesmerizing film about the Soviet Holocaust, In the Crosswind (top),  the feature debut by Estonian filmmaker Martti Helde.

Helde's groundbreaking film netted accolades on the festival circuit but it was nowhere to be seen after it concluded its festival life. The director revives the era of the Stalinist mass deportations of people from Estonia, Latvia and Lithuania through an epistolary narration of the protagonist, based on the source material for the film, a diary found in Siberia and kept by Erna, who has been imprisoned in Siberia while her husband is held captive.

Helde took a radically different stance in his approach. We only hear Erna in a voiceover, whereas the whole film is composed of 13 tableaux vivants, dioramas. The camera snakes in between figures -- over 700 actors were used to re-create the scenes -- that are frozen in time. “The pattern was that it took between two and four months to prepare one scene; this period was followed by a single day of shooting," the director revealed about the production process. "After each shooting day, we had a few free days, and so immediately after, we started preparing the following scene. Because of this way of working, the development, preparation and production took place over the course of four years.”

The service also landed Slovakian docu-fiction Koza, which was lauded on the festival circuit. Ivan Ostrochovský, producer and docu-maker, shot Koza as his semi-fiction feature debut, based on the true story of a retired boxer nicknamed Koza (Goat in translation), who plays himself in the film.

Ostrochovský used his rapid rise to the sport's stardom and his equally sudden fall to life on the fringes of society as the basis for the script. The plot follows a comeback to secure funds for his partner's abortion, although he hopes to change her mind. Ostrochovský´s film defies the boxing drama genre conventions; it's more curious about capturing the moments before and after matches. However, Koza´s return between the ropes soon turns into a rather masochistic, downward spiral leading to an anticlimax.

For the month of March, Filmatique has curated a series called Banned Nations, within which it features a tribute to the so-called Muslim ban, streaming a collection of short films from the Seven Nations for free. Furthermore, the thematic slate consists also of a docu-pic chronicling the siege of Homs, Silvered Water: Syria Self Portrait, Reza Mirkarimi´s social allegory and Iran´s official submission to the 87th Academy Awards, as well as Memories on Stone, Shawkat Amin Korki´s feature effort about making a film about Saddam Hussein´s Al Anfal massacre sprinkled with absurdist humor.