Review: A CURE FOR WELLNESS, A Most Curious and Thrilling Adventure 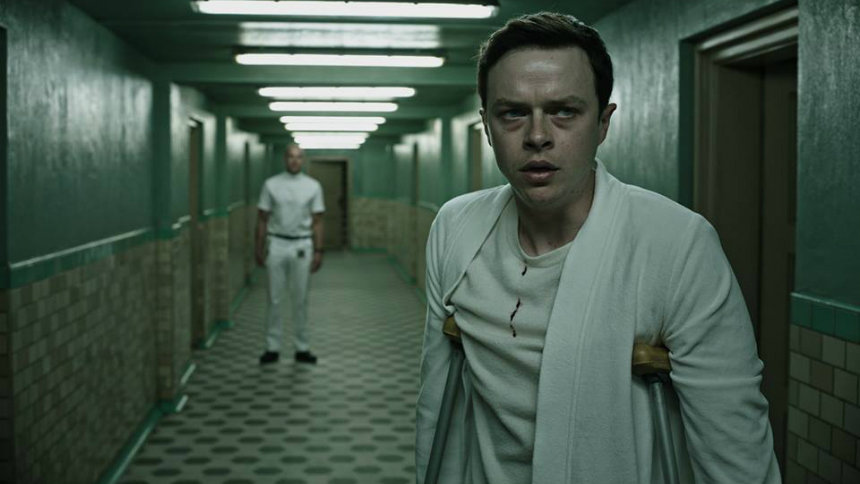 A curiosity, indeed, Gore Verbinski's A Cure for Wellness is a magnificent production of a tiny idea.

Lockhart (Dane DeHaan) is a bloodthirsty junior executive at a financial services firm in Manhattan who would like nothing more than to become a bloodthirsty senior executive. When he is commanded by the senior partners to retrieve the CEO from a mysterious health facility in Switzerland, he doesn't hesitate.

Fantasizing that it will take him just 20 minutes on the ground to fulfill his task and further his career, Lockhart is irritated when he is delayed overnight, but he is really thrown off his rocker when his arranged transport careens off the road on its way back to town. He awakens to find that his leg is in a cast and he is far behind schedule. The facility, however, is happy to accept him as a patient, and he is soon ensnared in an environment that takes kindly to strangers, as long as they ask no questions.

Although the story is set in the modern day, the facility, or "wellness center," feels like it's straight out of the the 19th century. Naturally, no wifi or cell phone coverage is available on the facility grounds, located at the foot of the Swiss Alps. Really, who would want or need such distractions when the setting is so spectacularly beautiful?

The facility itself is quite lovely, too; the grounds are lush and well-maintained, and the gracefully-designed buildings are built of solid, old-school materials. Everything is quiet and calm. Everyone is happy, though Lockhart's fresh eyes detect that something is not quite right.

For one thing, CEO Pembroke (Harry Groener) is not made readily available to see Lockhart, which frustrates the younger man. For another, he observes many ungainly bodies exercising and going about daily routines that make him vaguely uncomfortable. Perhaps it's their unquestioning acceptance of the "treatment" touted by the facility? Or is it his own inhibitions and expectations? 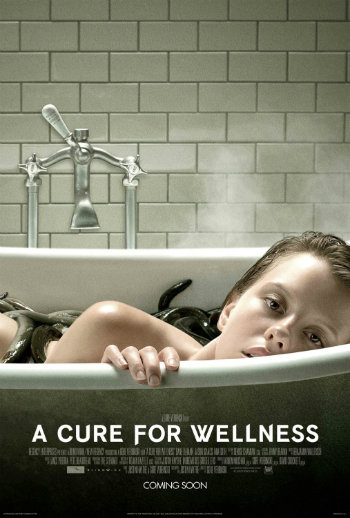 As he explores the grounds, Lockhart catches the eye of Hannah (Mia Goth), who appears to be the only person anywhere close to his age. They are drawn to each other for this reason more than anything else. Through Hannah, Lockhart learns more about the wellness center and Volmer (Jason Isaacs), the director of the facility and also Hannah's father.

Lockhart is chilly and precise in his manner, but he speaks kindly and patiently to all. Of course, Lockhart still begins to suspect that Volmer has a sinister agenda, and he begins uncovering clues that lead him down a shocking path to discovery.

Justin Haythe is credited for the original screenplay, drawn from a story credited to him and Verbinski. The filmmaker endeavors to cast a mysterious spell with unanswered questions, sumptuous production design (by Eve Stewart) and beautifully-lit cinematography by Bojan Bazelli (Pete's Dragon and Verbinski's The Lone Ranger and The Ring, among many other notable titles).

I've not seen all of Verbinski's films, but his last effort, The Lone Ranger, was truly dire. Earlier in his career, though, he made the American adaptation of The Ring, which, though inferior to the original, still had some points to recommend it, as well as The Weather Man, which stood out for its stylish telling of an intriguing story. Those efforts were in contrast to the three bland Pirates of the Caribbean movies he helmed. All of that highlights that Verbinski is very much dependent on the material he has to work with.

What's on screen here looks freakin' fantastic from a visual standpoint and, without delving into spoiler territory, when the questions begin to be answered, it's so outrageously ridiculous that I fell for the whole thing, as much as anything because it doesn't feel like an ordinary adventure. And as I've written before, "filmmakers who provoke a strong gut reaction are the ones I treasure the most, whether their films are considered 'good' or 'bad' by a critical or public consensus."

As I write this, I have no idea what sort of reaction A Cure for Wellness will generate, yet I can't help but admire Verbinski's willingness to reach for the sky. The film's reach may exceed its grasp, but it's a fervent fever dream, a great adventure in style and pretension that seeks to thrill and unsettle, and I loved it.

The film will open in theaters throughout the U.S. and Canada on Friday, February 17. Visit the official Facebook page for more information.

Do you feel this content is inappropriate or infringes upon your rights? Click here to report it, or see our DMCA policy.
Dane DeHaanGore VerbinskiJason IsaacsMia Goth

More about A Cure For Wellness