Five Reasons Why Ringu Still Makes You Nervous About Your TV 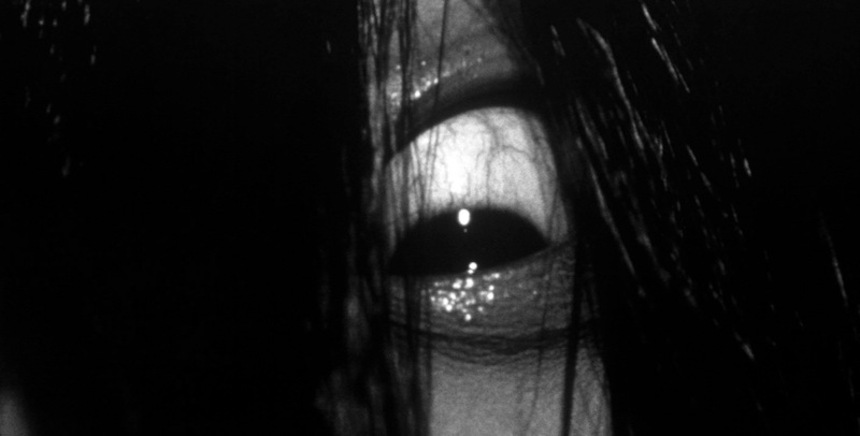 Some people choose to trivialise horror (horror films almost never win any important awards). Some choose to intellectualise it (read Noel Carroll’s The Philosophy of Horror). Some choose to ban it out of a (misplaced) sense of righteousness. Whatever it is, horror is one genre that never goes out of style. Was there ever a time when there were few, or no horror films in the cinemas?

Every decade, every era, finds its relevance in horror fiction, and vice-versa. As long as there are wars, diseases, murders, unexplained terrors, our collective angst and paranoia will feed the creators of horror fiction.

I decided to write this post having recently watched the much-praised James Wan movie The Conjuring. My verdict of that movie? It’s pungently awful. The movie is, to me, no different than Jan de Bont’s similarly awful remake of The Haunting. Contemporary directors like Wan seem to be caught in the idea that horror films have to be like theme park rides, meaning there has to be one set-up after another. But that’s not how horror works.

One of the best horror films to come out of Hollywood in the last couple of decades (and there were very few) was Brad Anderson’s Session 9. The film has zero jump scares, no real set-ups, but gets under your skin merely with its highly suggestive story about the possibility of multiple-personality disorder as supernatural possession, told through the frayed relationships within a group of men hired to clean an abandoned asylum. It’s a very, very disturbing film.

And that’s what most horror films today lack – the ability to disturb. It’s not the ability to scare that should matter, but how much a story can deeply stir something in you to remind you for days to come, of the darkness of the human soul. The cheap, banal horror films, like The Conjuring, merely provide momentary chills and silly jump scares, much like a haunted house attraction at a funfair. But a good horror film affects the mind more than anything.

And to do that, a horror film must disturb its viewer.

One of the best examples of a correctly balanced horror film is William Friedkin’s The Exorcist. Although more known for its visual scares, mostly courtesy of the make-up on Linda Blair, The Exorcist‘s core subject, about an upper-class cherubic child in a peaceful suburban environment tortured with body horror by a demon thousands of miles away, is what disturbs audiences the most. Remember that this was also in an era when spiritualism was at its height.

For me, the most recent example of a horror movie that has a powerful undercurrent is Ringu, the original Japanese movie about a cursed video that kills whoever watches it. Here, I list five main reasons why Ringu is so effective even today.

1. It has no jump-scares

If you look closely at the film, you’ll find that actually nothing much happens in terms of scares. The opening gambit – about two girls alone in a house talking about the cursed video, not even watching it – ends with one of the girls getting killed. We don’t even see the killing, we don’t even know who or what does the killing. Things meant to shock the viewer is shown quietly and suddenly, a method far more effective than a jump-scare enhanced by a loud noise, a cheap scare tactic too often used by Hollywood. The most incongruous thing is that these Hollywood jump scares are often preceded by sudden silence that already telegraphs the jump-scare way ahead. Imagine two boxers in a ring, and one of them tells the other, “I’m going to punch you soon, you won’t know where I’ll hit, but you know it’s definitely coming.” What’s the point in that?

2. It doesn’t show you the ghost

I’ve already mentioned above, the opening sequence of the film. There is no shot of the vengeful spirit Sadako. In fact, you don’t see her until the very end of the film, when she appears in the most shocking and unexpected way. Yes, you see something gradually appearing out of the well throughout the entire movie, but you don’t quite see it. It’s the same tactic used in Jaws, with Spielberg withholding the shark from us until the very last moments. Ringu plays the same game, toying with our expectation and anticipation, until all the pent-up anxiety has nowhere left to go. Then the ending unleashes that anxiety in a cascade of both shock and relief.

3. It’s the idea that disturbs us, not the ghost

Ringu is, at its core, about an urban legend. And urban legends are things that practically everyone lives with all the time. Some films even become sort of an urban legend. I recall when The Exorcist first came out, we kids were warned not to go see it because someone’s brother’s friend’s cousin’s schoolmate became possessed and lost her mind after seeing it. It’s a very powerful thing, an urban legend that we’ve heard oft-repeated but cannot verify its authenticity. It’s like a monster at the very edge of our vision just waiting to pounce on us. It’s an idea that will sustain itself throughout the entire runtime of the movie. It’s the disturbing thought that the result of our action is irreversible – once you’ve seen the video, you’re going to die. It’s also disturbing that our fate is dependent on something we completely do not comprehend – what is this video, and why is it so dangerous? Also, many fans have said the most frightening aspect of Ringu isn’t Sadako but the fact that Asakawa is willing to sacrifice her own father to save her son. Chilling.

4. It keeps everything real

One of the silliest and most laughable scenes in The Conjuring is when a white cloth on a clothesline suddenly flies off and covers an invisible figure, after which it flies up and into the house. This is spectacle, not scare. This kind of thing fails completely in a horror film. In The Exorcist, all the action and scares are grounded in reality, not fantasy. It introduces nothing outside of that sphere of reality it’s in. The girl levitates, the furniture move, but you don’t get a glowing entity suddenly entering the room. It’s the same with Ringu. And even when Sadako appears at the end, it is through a television set, an object that exists in the movie’s physical space. It is also why mirrors are always scary (one is featured prominently in Ringu).

The one thing that struck me about The Conjuring was just how noisy the film is. Shouting, screaming, loud music, loud noises. All these disorient rather than scare. It can also be annoying. In contrast, Ringu is almost music-less. When there is, it’s the lonely strains of violins. Even the heart-stopping well discovery scene is accompanied by an appropriately low-key and unobtrusive score. And, once again, in the opening scene, the girl’s confrontation with Sadako is wordless and soundless. In Hollywood, they would have required her to scream. And because Ringu is so quiet, when sound effects are used, they’re more effective than usual. The now-familiar metallic screech that precedes Sadako’s appearance is all the creepier.

Do you feel this content is inappropriate or infringes upon your rights? Click here to report it, or see our DMCA policy.
cursed videohorrorjump-scareRinguSadakoSession 9The ConjuringThe Exorcist