Exclusive Clip: BEYOND THE EDGE, An Uneasy Introduction

Before you go beyond the edge, you have to meet the press.

At least, that's what happens in our exclusive clip from Beyond the Edge. A Marine biologist (Sean Maher) and a pilot (Casper van Dien) are introduced to the press by Dr. Withersford (Adrienne Barbeau). It's also the first meeting between Anderson and Richards, who will soon be sent off on a very long mission into the deepest reaches of space.

A decade into their mission to reach the end of the universe, Marine biologist Dr. Abe Anderson (Sean Maher) and pilot Lt. Col. Harold Richards (Casper van Dien) begin to unravel as mysterious occurrences happen onboard. When Harold dies in a freak accident, Abe realizes that this isn't the first time. As the past and future collide, Abe must figure out what is real before they truly reach the edge of space.

Thomas Zellen directed in his feature debut. He also wrote the script with Jordan Champine.

Beyond the Edge is available now on iTunes pre-sales. It will be available on other Video On Demand platforms on February 7 via Screen Media Films. 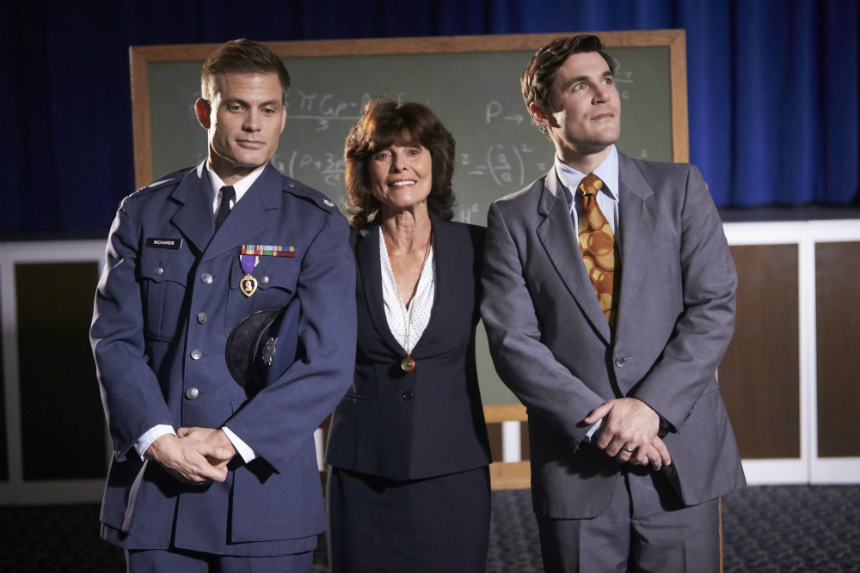 Do you feel this content is inappropriate or infringes upon your rights? Click here to report it, or see our DMCA policy.
Adrienne BarbeauCasper Van DienEden ReigelSean MaherThomas Zellen