Crowdfund This! Bobby Miller's END TIMES Is A Comedy About Death And Squirrels. 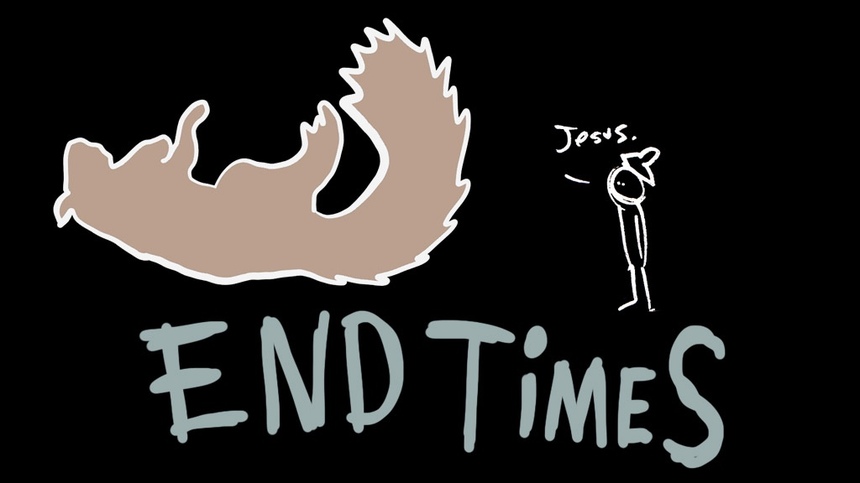 Following his debut feature The Master Cleanse, acclaimed indie oddity Bobby Miller is returning to the world of shorts with his upcoming End Times - a film Miller describes as a surreal and absurd short film about death. And if you're familiar with either The Master Cleanse or Miller's previous Sundance selected short Tub, then you know he's not kidding on those descriptions.

When my step-dad passed away in 2011, I wrote a funny, bizarre short film called END TIMES about a man who finds a dying squirrel in a park and has a comedic existential crisis. But, I was so focused on getting my first feature film, THE MASTER CLEANSE made that I made excuses for myself not to make the short. While finishing THE MASTER CLEANSE in 2015, my dad passed away and I thought about the short again. In 2016 I toured the festival circuit with my feature, but it's 2017 now and I'm running out of excuses. It's time to make END TIMES. I love the script so much and it clearly has hung over my head for a long time!

Miller has a love of prosthetic effects and animatronic dying squirrels don't come cheap so he's turning to Kickstarter to help raise the funds he needs to make End Times a reality. Swiss Army Man and The Greasy Strangler production designer Jason Kisvarday and It Follows sound designer Christian Dwiggins are both aboard the production team so you know the quality will be there. Check out Miller's pitch video below and supprt the film here.

Do you feel this content is inappropriate or infringes upon your rights? Click here to report it, or see our DMCA policy.
bobby millercrowd fundingend timeskickstartermaster cleansetub