This Clip Shows A Peek At Richard Raaphorst's Upcoming Project, THE PROFUNDIS 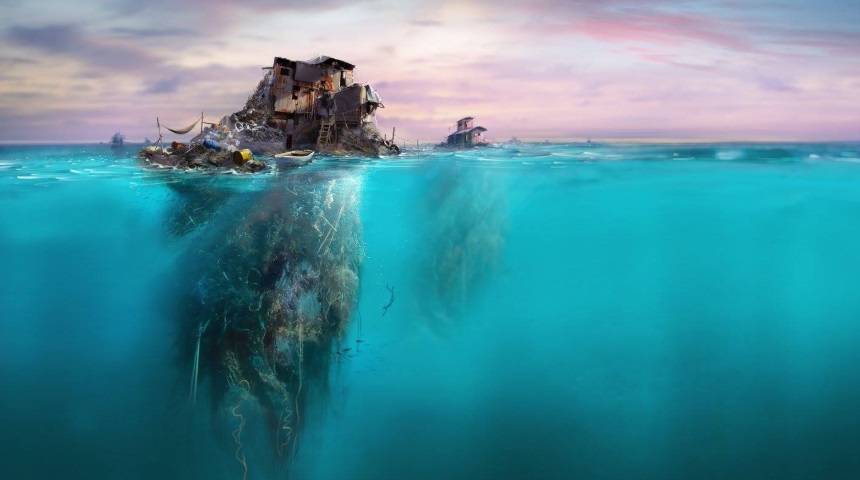 Eleven years ago, Richard Raaphorst became a bit of an overnight Internet sensation due to two proof-of-concept promos for a Nazi-zombie film called Worst Case Scenario. Both videos looked excellent and showed creative flair, awesome design and a true atmosphere of dread. We were all a bit heartbroken when that project faltered and finally was abandoned.
Richard Raaphorst went on to design another project though, and ended up directing the fun Frankenstein's Army.

So what's next? Well, last summer Richard Raaphorst and his partner Sarina Reilingh were spotted at Fantasia, pitching their project The Profundis, which looks like the crazy offspring of a mating between The Thing and Das Boot. As usual for them, the designs were drop-dead gorgeous, whether they featured hideous monsters or beautiful locations (check out Sarina's concept art above).

Yesterday, the people behind the art project called "Project Side Project" published a series of short clips about the participants, and lo-and-behold: one of the clips is about Richard and Sarina creating designs and mechanical tests for The Profundis. It's a short clip, but some fun stuff is on display. So check it out!

(Full disclosure: after I interviewed Richard for Frankenstein's Army, we discovered we actually live quite near to each other. As such, I have occasionally visited Richard and Sarina's workroom in the last few years, and indeed have been playing around with the test subjects on display in this clip. Needless to say I'm biased as hell, and rooting for this film to be made.)