The Blair Witch's Legacy...or lack there of 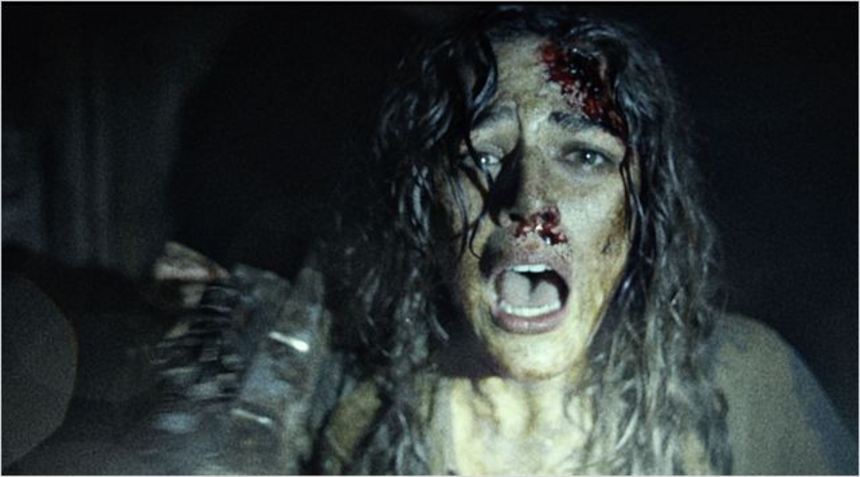 Does The Blair Witch Project have a lasting legacy? Sure, the film is remembered, but is it remembered fondly? Does it linger?
In fairness, you'd be hard-pressed to deny the success of the famously low budget Indie's "DIY" innovations. From its cinematic DNA, to its viral ad campaign (before there were viral ad campaigns), the film's initial cultural impact was not only impressive, but virtually inescapable. It was the kind of "lightning in a bottle" moment in the horror genre that was as rare in a Post-"Scream" 90's world as it was improbable.

The film's follow-up, the hastily trotted out misfire Book of Shadows: Blair Witch 2 was an unsurprising failure on...well, most levels. With Paradise Lost director Joe Berlinger at the helm, it managed to have a strong grasp of tone (paranoid, disorienting). However, Book of Shadows was mostly out of character with its ostentatious brutality and EDGY, seemingly NU-METAL inspired imagery. This was essentially a cover version of the original Blair Witch Project as done by a Korn tribute band.

What's more, as a sequel, Book of Shadows failed to make an impact culturally or financially. And, really...that was that. As far as potential franchises go, the prospects were obviously grim, if not completely impossible. Then, for 16 years, all was quiet.

Fast forward to the summer of 2016. It was around this time that you could start to find, with increasing regularity, a creepy little teaser for a film called The Woods online that was due out the following October. The teaser itself was brief; it was sparse with details. It was subtly haunting. It was accompanied with quotes on screen claiming that it was possibly the scariest movie of all time. This was your basic bullshit, but seemed effective enough. The brief glimpses of the film did appear legitimately intense.
When sufficient buzz was created prior to the film's release, the fact was then revealed that the film in question was not, in fact, The Woods but an honest to God surprise sequel to the original Blair Witch Project entitled simply Blair Witch. It was the kind of tactic that fell more in line with the original's modern media savvy, but still felt a little...cheesy. It just wasn't a terribly exciting prospect. More of an, "...Oh. Okay. Cool, I guess" moment than anything else.
This mentality prevailed within the general public, as the film struggled to make any significant waves at the box office. Then there was its critical consensus, which was "mixed," to put it delicately. All said and done, it certainly would seem that the Blair Witch and her legacy, while briefly showing sparks of life, is finally dead and buried.
The reasons for this are numerous, but I would be remiss as to not point out that chief among them is that this most recent iteration is simply not a good movie. Which is so unfortunate, seeing as the Writer/Director team behind it (Adam Wingard and Simon Barrett) just finished releasing a tandem of creatively off-center and jubilantly violent horror pieces over the past handful of years in You're Next and The Guest. But any identity that the team have been able to cultivate is not on display here.
Gone, also, is the quiet, eerie dread that covered the original film like a pile of so many dead, dry leaves. Blair Witch is actually something of a throwback horror sequel, in that it thinks when you make a sequel, you simply should do more of the same thing that you did in the original, but do it LOUDER and FASTER. It's a blueprint straight out of the 80's. Also, instead of the infamously bare bones camera work, we now get FACE CAMERAS (or whatever) and a flying drone, which proves to be rather hilariously useless.

The plot involves the younger brother of Heather (snot dripping girl from the first film) basically convincing a bunch of skeptical moron film students, friends and online cult experts to accompany him on an odyssey into the Burkittsville woods, where his sibling disappeared all those years ago. After some questionable footage shows up on the internet, his never quite dormant desire to find out answers about his sister's mysterious disappearance is renewed in full.

*Side note: "Book of Shadows" is definitely not canon, and basically does not exist.*
So, anyway, they all go into the woods. With a lot of cameras. And then the same stuff that happened in the first film starts happening again. Only there's more of them now, so they can die at a more rapid pace and in increasingly more brutal ways. Also, I think the actual Blair Witch is possibly a shrieking gollum and/or a time lord? Listen, that's enough.

The problem here isn't even that the film is SO bad. It's not that poorly made. In fact, its final set piece and last stretch of about 20 minutes is actually effectively visceral and kind of disarming. That's what happens when you have a competent film maker in the chair. No, the problem here is that the film is SO useless. And, hey, useless movies get made all of the time. That doesn't mean they can't be a good time. However, when you take the superfluous nature of a film like this and inexplicably marry it with a misguided sense of competence and importance, it gets lost in the motions pretty damn quick.
So, basically, our witch had her shot--twice even, and the well has gone dry. Even in terms of the industry; independent film thrives and fails, and it ultimately has little to do with the ingenious way that the original Blair Witch presented itself. So, while the memory of motion sickness warnings taped up in your local AMC might kick around in the annals of our collective mind, and while Paranormal Activity was...certainly a thing, the fact is that the mark that Blair Witch Project left behind was never all that strong. Now, with this ill-advised attempt at cultural resonance, that fact has only been highlighted. The original Blair Witch was and is an excellent film. And, really, that should be enough. It's just a shame that the impact it had has proven to be more fleeting than enduring.
Tweet Post Submit

Do you feel this content is inappropriate or infringes upon your rights? Click here to report it, or see our DMCA policy.
Blair WitchBlair Witch ProjectFilmFound footageHorrorsequels