What a weird year it's been for Chilean cinema. If anything, it was a demonstration that the work critics do can sometimes weigh on the decisions that Hollywood makes.

None of the films directed by Pablo Larraín (No, Post Mortem) were box office hits, but they had enough love from the critics (and enough prizes from awards groups and even the Oscars) so that he got the gig to direct Jackie, another critical darling that will eventually get some nominations to the Oscars. I personally haven't seen the film, and consider that his other 2016 film, Neruda, is somewhat a misfire in his recent ouvre (a reminder that I did like The Club, as it made my list last year), but this makes me think that there's enough material here in my dear country (beyond Larraín) to fill the world with our stories... or maybe even to be hired to do others.

2017 starts promising with Chilean films in competition slots of the major first semester festivals, like Berlin and Sundance, and the prospect for the rest of the year is hopeful as major and new filmmakers premiere their works all over the world. That's why I put the festival where these films premiered to put them in perspective, considering where they come from and how long they've travelled.

So, here I present you my 10 favorite Chilean films of 2016. Only 2016 films are considered here, I don't count 2015 or earlier films that only got a local release last year. The first five are in order, as I consider them to be the best 5 of the year, the 5 next are just in alphabetical order. Enjoy this list and let's hope for a brilliant year for the directors and performers from this humble little corner of the world. 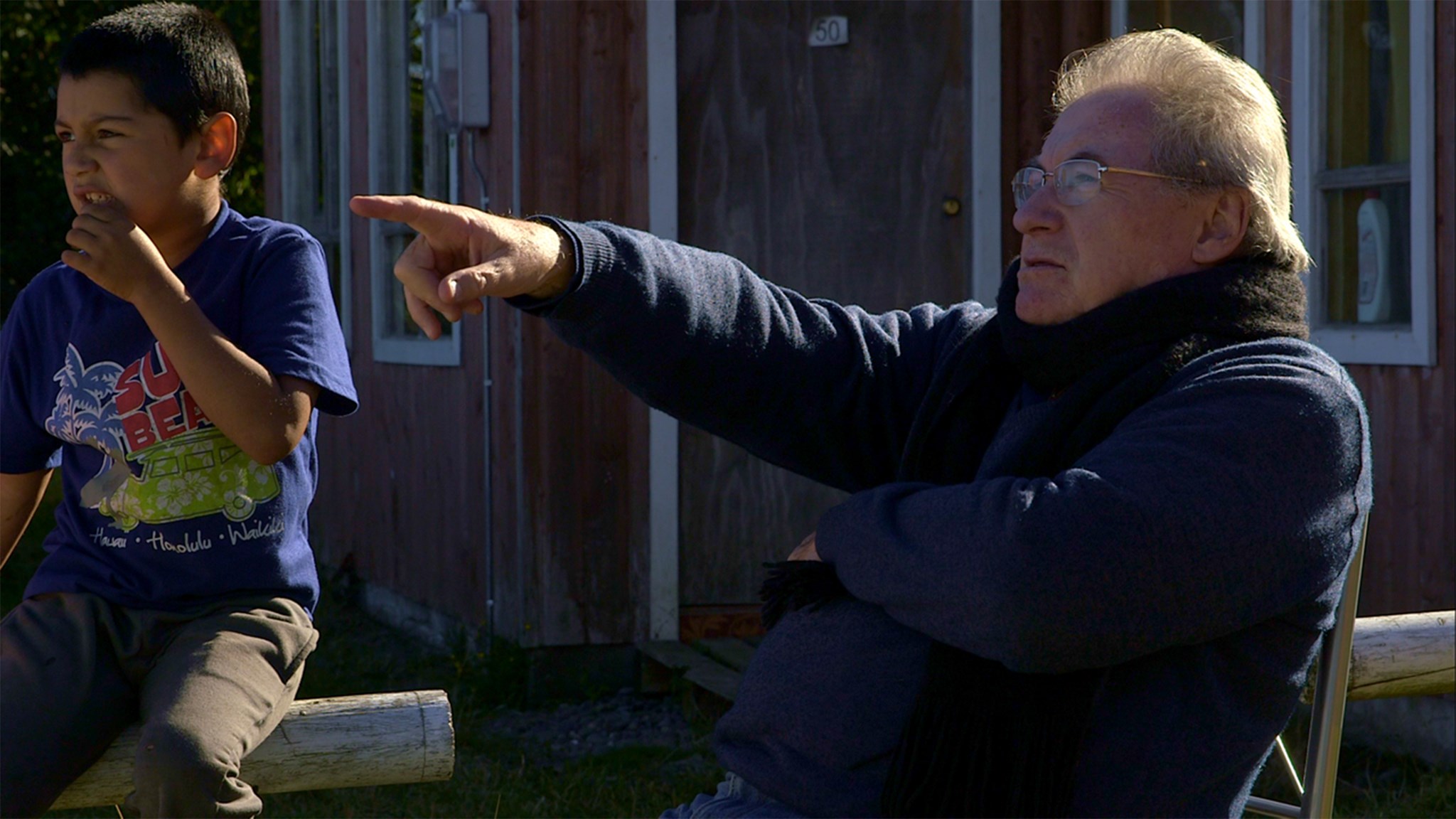 Premiered at the Rotterdam Film Festival

José Luis Torres Leiva is one of the most valuable cinematic voices of Chile right now, moving from fiction to documentaries with ease, as well as maintaining a visual style that favors contemplation over narrative and calm long shots over stylized saturated frames.

This is his first experiment with a documentary-fiction hybrid, where it puts Ignacio Agüero, a famed Chilean filmmaker, playing himself traveling to the island of Chiloé to investigate for a future film, a film that will actually never exist and only appears in the narrative of this film. It's in that tension between the interpretation of Agüero and the stories that the people of the islands tell him is where the film gets its narrative, where it seems that every little story, every tale, either it be grand or anecdotal, matters and is central to what is being said here about the importance of listening over the overbearing voice of a cinematic author that negates everyone else but the mind of the one at the head.

That's why it's a director who listens to people's stories who is the protagonist, and he reacts (or not) to tales of strange resurrections, failed marriages and forbidden love. A lovable and beautiful film, the best by the Chilean director by far. 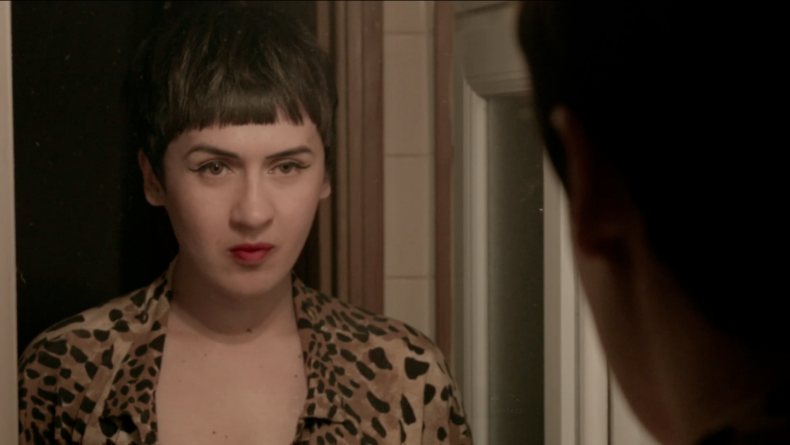 Nicolás Videla co-directed one of the recent Chilean films that I've championed the most in the last few years, Naomi Campbel, the story of a transsexual woman who struggles with her own syncretism, due to her origin and the way that she lives her life, alongside her desire to have the sex-reassignment operation that she can't cost.

On his own, Videla continues with the same kind of stories, this time adding humor and heartfelt feelings to the story of Manu, a Chilean transsexual woman that lives in Paris, where she is constantly confronted with her own desires and indecision regarding where should she go in life. Manu is lovable and honestly she is the best performer that I've seen this year, a wonderful act where she plays a version of herself that plays with the acceptance of an European city mixed with the prejudice that still exists in other sectors of society.

It is her love stories, her openness about sexual relations and how she speaks in both French and Spanish, telling her own tale to the audience is what makes this movie both funny and heartwarming. A treat that manages to make you emotional. 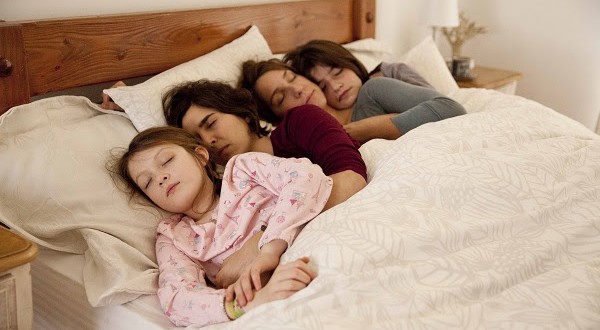 Premiered at the Berlinale

There's no epiphany here ("homophobia is bad" is too simple and really doesn't work too much as a Statement as much as it's taken for granted), and it's at its weakest when it gets near the "real events" that inspired the film, but everything else glows, specially the performances of the two young girls that act and react to the events that surround them with a realism that makes them lovable and hateful at the same time in different moments.

There's a pure message here of love through the hardships of daily life, how our own immaturity, our own wont of having our way over the others is, with retrospective, the least important thing that can happen in your life. It also has some incredible long takes that work as a visual treat for those conscious enough to catch them.

As it focuses on the teenage daughter of a woman who now lives with her lover, who happens to be another woman, it abstracts itself from the issue itself and it just happens to be a normal teenager who has problems that are unrelated to her mother's sexual preference, but it's the context and the society in which she's embedded that makes it an issue that fits all the problems. A wonderfully acted and warm film. 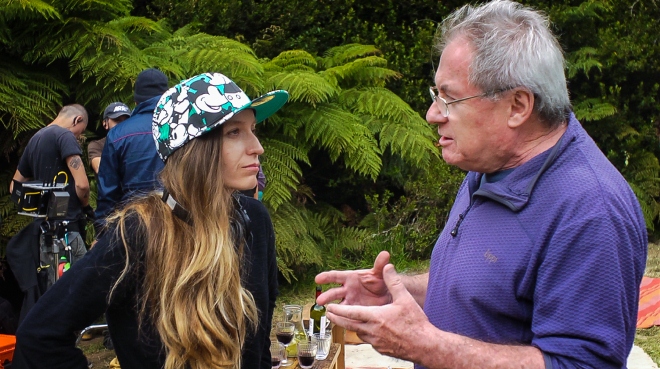 A sequel, out of all things, makes my top 5, and a sequel to a documentary made 31 years ago. There, the filmmaker Ignacio Agüero confronted other filmmakers who were directing new movies in the midst of the military dictatorship, asking them who was this movie for, what was its aim and how was it going to be distributed.

It was a short film, but here Agüero expands it to feature length and confronts new filmmakers (like the before mentioned Pablo Larraín and José Luis Torres Leiva) in the middle of their shoot and asks them only one question: What is cinematic about your film?

A hard question, that no one seems to be able to answer (and it seems that here he slides a critique of the obliviousness of the young directors, just as much as he slides critiques to the usefulness of the films in the first short), but that Agüero manages to do by himself, rambling and starting the film over and over again, showing archival footage of his family, narrating over footage filmed for other projects, and finally showing the face of a small kid watching attentively a 8mm projection of an old film. That's cinematical. That's cinema. 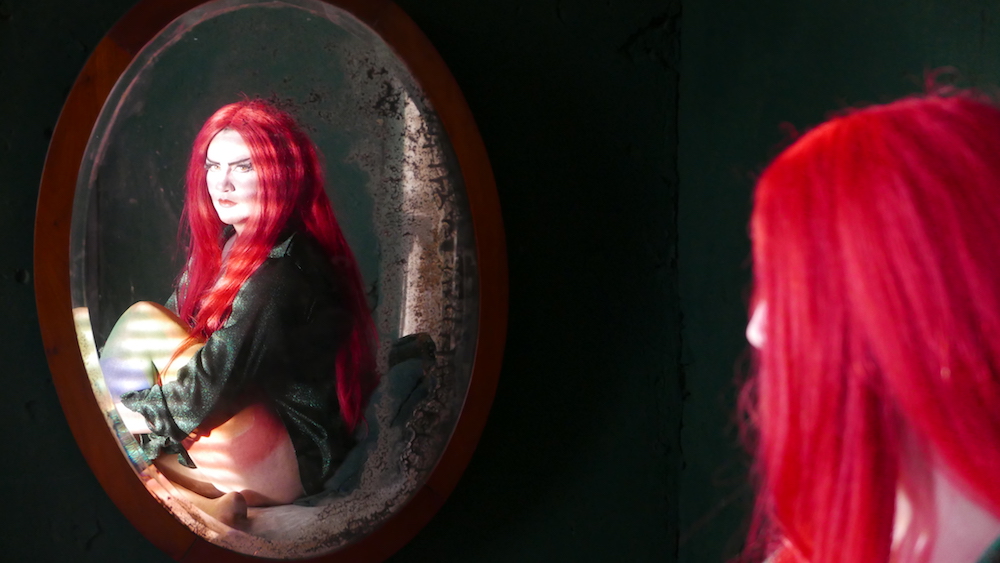 Premiered at the Cannes Film Festival

Another sequel in this list, this time to the 2013 Jodorowsky film La Danza de la Realidad, where he confronts his own biography with his reminiscence of the recent history of Chile, alongside with a self-therapy, as if Jodorowsky was only recreating this moments of his life to make the right decisions, as if he were correcting his life through his sons and performing, and showcasing it to the world. That's why the playful way in which he does (and sometimes doesn't) work with the period recreation, how he captures the streets of Santiago de Chile and the way he speaks about the act of making art and later about writing poetry is somewhat ridiculous but at the same time sincere enough for it to be outlandish and commendable.

Very interesting in how it relates to the issue of choice and the way that women are perceived in society when they get pregnant. It slowly but surely shows the reaction of the protagonist as the weight of it all appears in her mind and later in her choice. A brave film as it portrays wonderfully how stupid we are and how dumb are our banal conversations when we are talking about serious issues. Lamentably, this doesn't go any deeper than the surface of the controversy, nor it tries to make scenes about the final confrontation of the protagonist with those that had interest in her having a child. Strong stuff anyway. 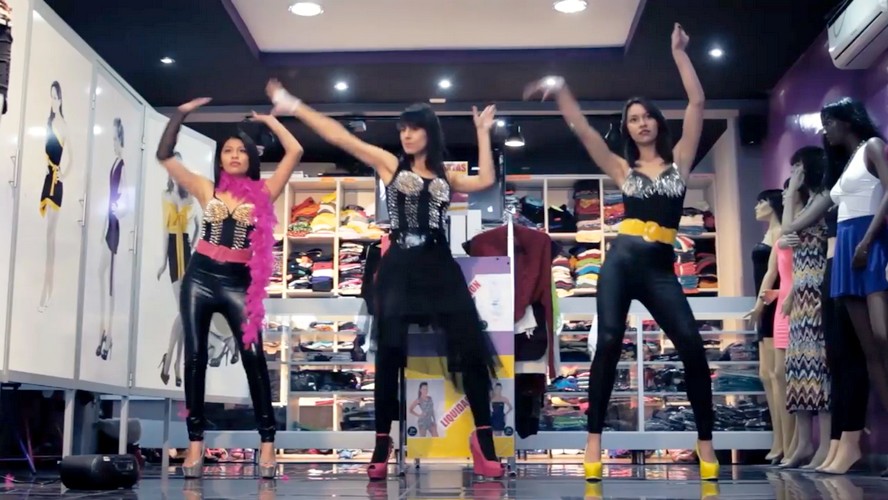 Lamentably overlooked by the time it came out, and since totally forgotten. A playful film that begins by laying out, almost like in a Prezzi presentation, both the structure of the film and all the characters that will appear in it, only to later bring an element of chaos that disrupts what was put forward before. That element is a Peruvian cook that wants to be a singer (played by a kitsch singer named Wendy Sulca) who is attracted to the world of ontological coaching, where she gets deeper and deeper in a weird world that includes sects, tests and a system that she wants, unknowingly, to disrupt from the inside. One of the most original and interesting Chilean films seen in a while, and I hope this film travels enough. It's weird and amazing. 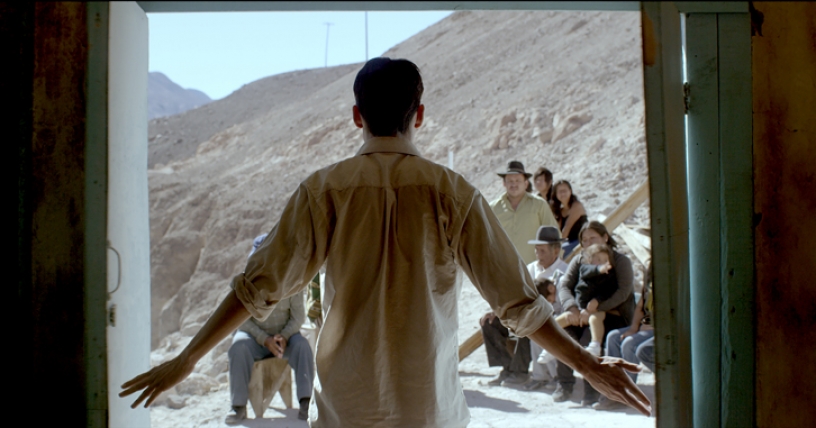 Premiered at the Venice Film Festival

A movie that feels that its doubting itself every step of the way, that uses the real people of the area to obtain their stories and put them on the screen. Thankfully, towards the end of the film there's a twist towards the spiritual answer that is beyond any notion of religion, but one that is more akin to the kind love that we must feel to those around us. In a way, the protagonist, more than anything, becomes a figure of love, someone who only continues because he is loyal to what he once felt and that he still feels all the way to the end, bruised feet and all. 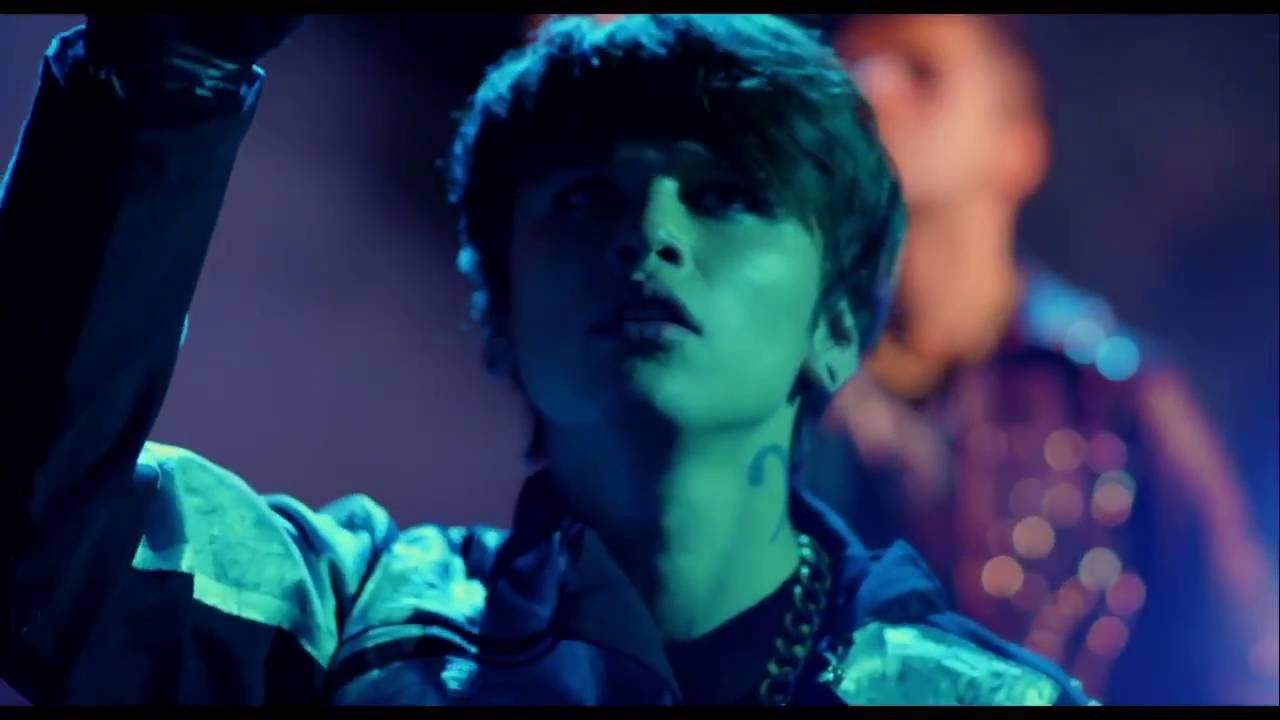 Premiered at the Santiago Film Festival

Really interesting in the context of the real story behind it and where it positions its story. Here you have a film with a strong approach towards violence and sex, but at the same time it avoids talking about the political effects of the real event, as well as the links that did exist between the attackers and the fact that the guy they attacked was gay. I also think that there's a contempt for the main character that isn't much of my liking, as if it were making fun of him towards the end, but eventually the film does have a strong sense of the construction of a building tension, as well as an accurate portrayal of youth. 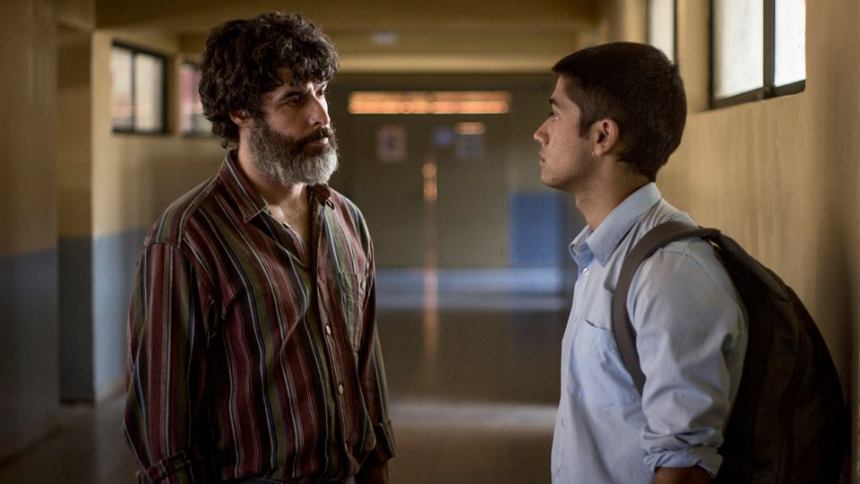 Mixing two social problems of Chile, this film is a feature debut that manages to excite with its thrilling sequences, and at the same time to astonish with its social consequence. A teenager who is on the brink of being thrown to a correctional meets a young mapuche boy who is in the middle of a struggle with the police about land control in the south of Chile. The film presents its themes in a calm manner, without a doctrination, but with severe condemnation of the way things are and exist right now. A film that will be the talk here when it premieres in theaters.