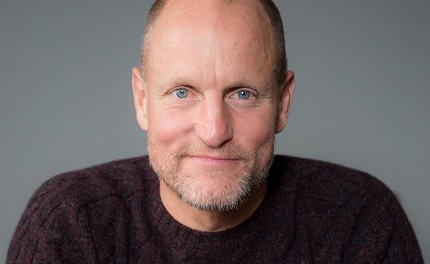 Chalk this one up to wild speculation? Sources close to the production of the next Star Wars anthology film, a story about the early years of intergalactic smuggler Han Solo, have said that Woody Harrelson is in early talks to take on the role of Solo's mentor.

The film already has Alden Ehrenreich, Donald Glover and Emilia Clarke on board. The report over at Variety suggests that the production wants this mentor role to go with someone with 'considerable clout'. One could argue that Clarke may be enough of a draw due to her Game of Thrones gig. Though Glover has high standing in the geek community does he have reach outside of that circle? Ehrenreich is the unknown quantity in this equation.

The report makes it sound like Harrelson stands a good chance of getting the gig as he already has a connection to the production. Along with Kathleen Kennedy, producer Allison Shearmur is also on board and she was involved with the Hunger Games franchise which Harrelson participated in as Katniss Everdeen's mentor.

A decision will be made soon as production is expected to begin this month. Phil Lord and Chris Miller are directing and the release date is set for May 25, 2018.

If not Harrelson, then who would pick to play the role of Han Solo's mentor?

Do you feel this content is inappropriate or infringes upon your rights? Click here to report it, or see our DMCA policy.
Alden EhrenreichDonald GloverEmilia ClarkeHan SoloStar WarsWoody Harrelson