Slamdance 2017 Review: WITHDRAWN Maxes Out its Miserabilism for Introspection 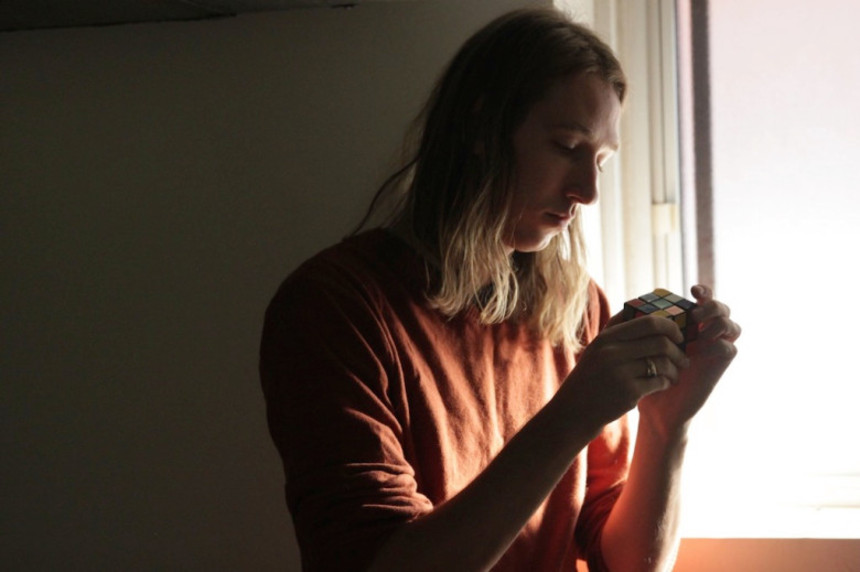 Aaron (Aaron Keogh), who left his mother's home, lives with Adrian in a basement-like apartment that permits each of them to live their own lives, clean their clothes, make their food, watch never-ending conspiracy videos and tutorials on Youtube, as well as indulge sometimes in drinking and hitting the bong. Sounds like a pretty sweet life, until the film quickly decides to shatter that supposed paradise with the news that Aaron doesn't really have a fix source of money as he can't even pay to receive a package that his mother has sent him.

But this isn't a film about the desperation of a man whose funds have run out and desperately needs to find a work or a source of income. This is a movie about Aaron and his total lack of responsibility, his absolute viewpoint of how to live his own life the way he wants to, and how he manages to squeeze through everyday life without having to spend a single Canadian dollar.

This is the feature directorial debut of Adrian Murray, who also plays Aaron's roommate. Murray conjures both symbolic and profound shots using the extremely lanky figure of Aaron as a guiding concept when it comes to the framing, using the narrow hallways and the light that comes from small windows as if they mark the isolation that the main character lives through every day, in which the predicaments lead him to reject invitations to drinks and having fun, because he no longer has any money to spend on that kind of pleasures, though he is willing instantly to divulge into other pleasures that are just as inessential. The idea of how Aaron wastes his time is symbolized in the constant investigations and conversations he has on the Rubik's cube, which he constantly plays with.

It is that calm despair in which Aaron is submerged that leads him to try to scam some money from random happenings, like how he finds a lost credit card that he tries to activate so he can take all the money out without having to pay for any of it. In a way, the film indulges in that misery that a somewhat failed millennial generation can't seem to get out of; living off maxed out credit cards and trying to find the back alleyway through life. In a way Withdrawn reminded me of Joel Potrykus' Buzzard but with less cultural references, a more present anxiety but an overall sensation that they are talking about the same people in different places, confronted with a life that they can't take control of.

Withdrawn presents a bunch of promising new talent in Murray and his team. It is rather incredible in the way they set in motion the simplest of plots. And while at times the film seems a bit too content with the small scale in which the story lies, it still keeps its humor and sadness intact in how it portrays these characters, their lives, or rather how they live a non-life.

Do you feel this content is inappropriate or infringes upon your rights? Click here to report it, or see our DMCA policy.
aaron keoghAdrian Murrayslamdance 2017Withdrawn