Ard Vijn
Editor, Europe; Rotterdam, The Netherlands (@ardvark23)
Tweet Post Submit
This evening (or morning if you're West of the Atlantic), the International Film Festival Rotterdam starts. In the next ten days, Rotterdam venues will be filled with roughly 600 films, shorts and other events for film-lovers to attend.
And as in every year, making some sort of personal schedule out of this huge selection is a daunting task.

Being right in front of the Berlinale, Rotterdam often loses out on the big flashy world premieres, and the festival is known for focusing on unknown, beginning talent. Its major awards are the Tigers, and as a film-maker you can only enter the Tiger contest with your first or second film. Coupled with one of the lowest financial thresholds for entering a film, this assures that the festival encourages and fosters newcomers.

That's not to say there are no famous names at the festival, or famous titles; many of Toronto's success stories end up being shown in Rotterdam as well. But in general, Rotterdam is about discovering something rare and new. Usually, the best films only become known through word-of-mouth after a few days, and I've often needed to use my press credentials to still be able to catch one of the surprise crowd-pleasers during its last screening.

Well, in this overview, I can't yet predict those "surprise crowd-pleasers" (they're surprises, after all...) but I can give a recommendations list based on some things we DO know.

So have a good browse-through, check the festival's line-up, and do comment about films I've forgotten to put in here! 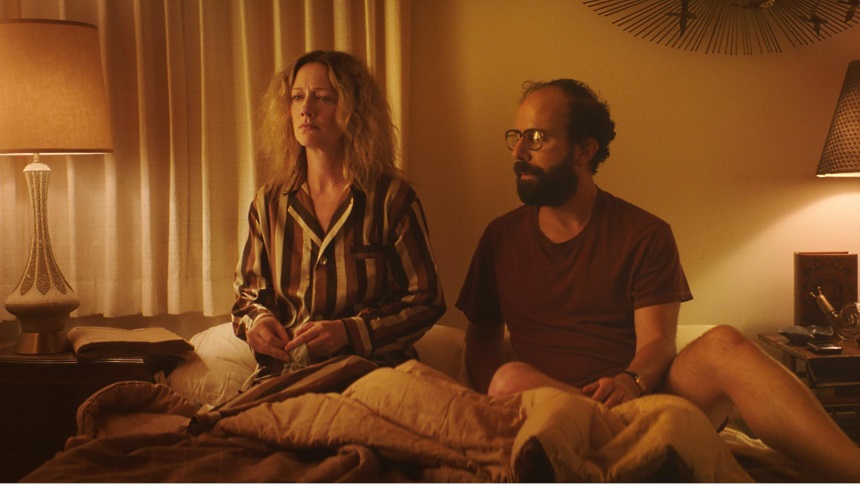 Opening the festival this evening is Janicza Bravo's Lemon, a comedy-drama in which a struggling egotistic actor (played by the director's husband Brett Gelman) has to face the truth of his failing career, especially when his blind girlfriend gets fed up with him and leaves.

Most film festivals have masterclasses going on, and Rotterdam is no exception. What IS exceptional though is who is giving those masterclasses this year, as the festival has managed to get four very special guests to give us all a lesson! From left to right in the picture above we see:

Andrea Arnold, of the Academy Award winning short Wasp and several features including Red Road and Fish Tank. This year she is at the festival with her new film American Honey, which will be the subject of her lecture.

Barry Jenkins, whose terrific Moonlight is currently garnering awards worldwide by the bucketload. He will give a lecture on sudden success and the many obstacles he has encountered while becoming a film-maker.

Béla Tarr, the legendary Hungarian director who is famous for beautiful philosophical films with often Tarkovskyanly long takes. Tarr recently returned to filmmaking to create a short, and in his lecture he will focus on his career, based on several specific clips.

Olivier Assayas, the writer and director of many great films, from Irma Vep to Demonlover to The Clouds of Sils Maria. He will talk about his latest award-winning film Personal Shopper, and discuss its themes. 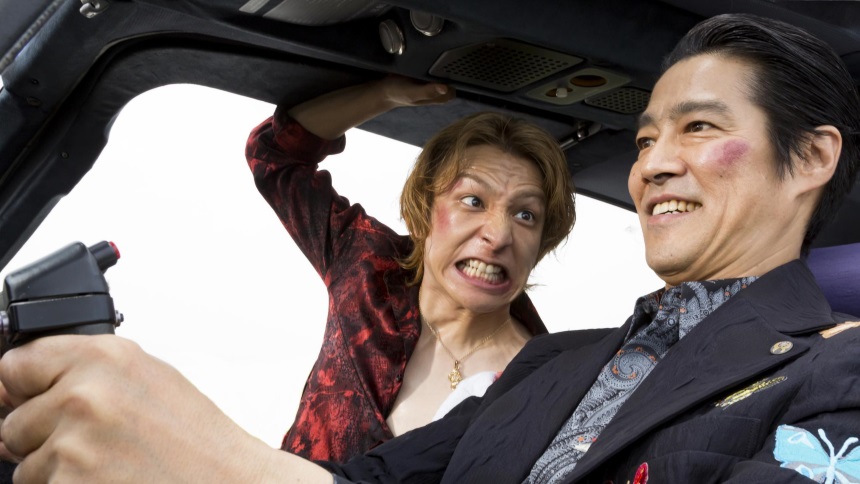 No International Film Festival Rotterdam is complete without at least one film from Miike Takashi. Arguably, the man's international career took off after showing both Dead or Alive and Audition in Rotterdam, and he's been friendly towards the festival ever since.

This year, we get his insane action-comedy The Mole Song: Hong Kong Capriccio, a film which "surpasses its 2013 predecessor in sheer entertainment value as a consistently ridiculous crime caper", as our James Marsh states in his review. 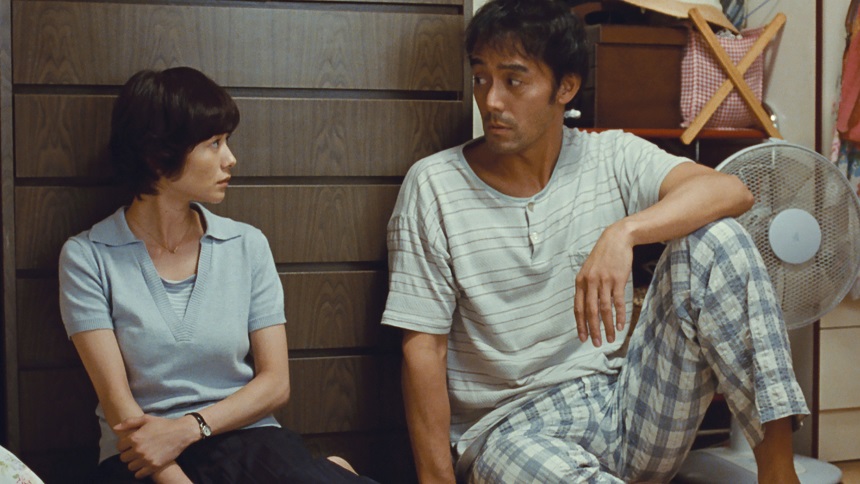 We're big fans of Hirokazu Kore-eda here at Screen Anarchy, and the man has often floored us with his subtle humanistic dramas. In After the Storm, we follow a writer-slash-private-detective (played by the ever reliable Abe Hiroshi), who gets stuck in a house with his mother, ex-wife and son during a typhoon. 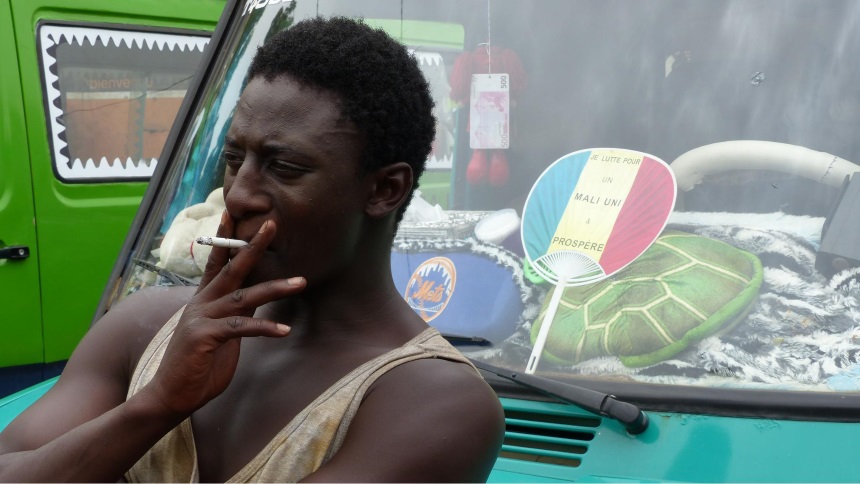 In Malinese director Daouda Coulibaly's crime thriller Wùlu, a bus driver figures out a way to do the extremely dangerous drug running which powers a lot of the local economy. While his family starts bathing in money, he has to walk an increasingly risky tightrope between appeasing corrupt soldiers and fanatical Islamists, especially since his smuggling route runs straight into Al-Qaida-controlled territories.

Word of mouth is extremely strong on this one. To be continued... 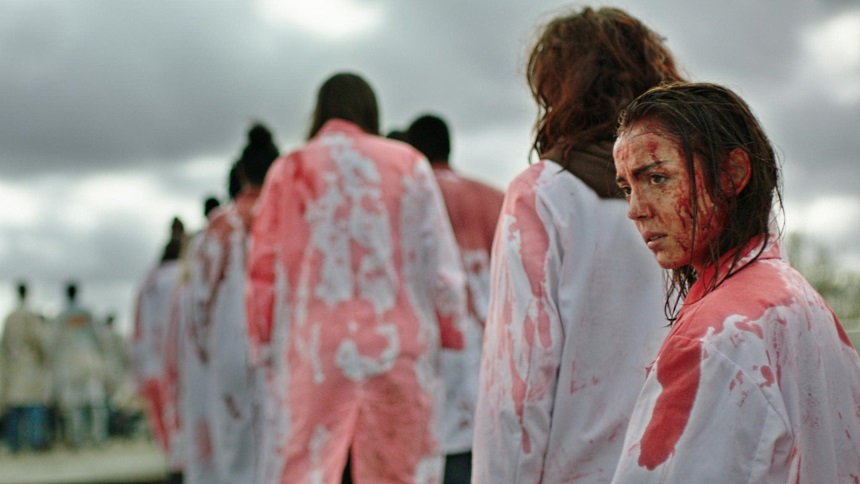 We've written plenty of things already about Julia Ducournau's Raw, and rightly so: the film landed on many a person's "best-of-2016" list. In the film, a vegetarian student is forced to eat raw meat, after which she gets an unstoppable craving for flesh. Whoops...

While Raw is getting itself quite a nasty reputation for its stomach-turning content, the film will most likely be remembered for being a great, clever and well-made piece of genre cinema. In her review, Shelagh Rowan-Legg says "...it's a unique and rare film, that will hopefully (and deservedly) find an audience beyond genre film fans." 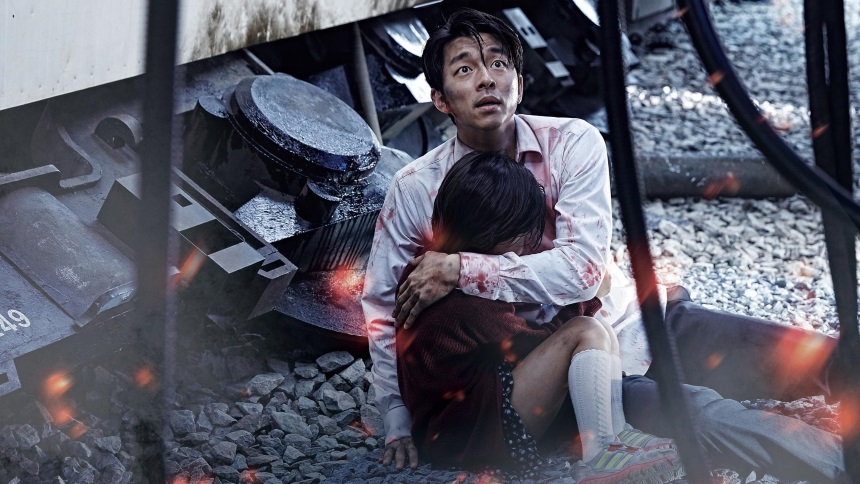 Speaking of great, clever and well-made pieces of genre cinema, do check out Yeon Sang-ho zombie thriller Train to Busan, the follow-up to his animated film Seoul Station. Though it's his first live-action film, it has travelled around the world in what can only be called a victory lap.

In his review, Pierce Conran calls it "a well-executed disaster film that presents enough new ideas to keep things from getting stale over its two-hour running time." 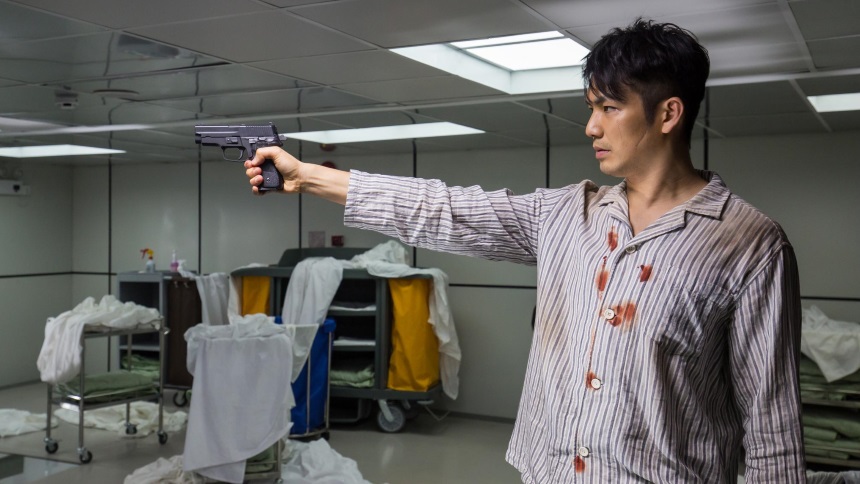 Johnny To is, in my opinion, one of the best directors in the world currently working. His Election, Election 2 and Exiled, all released in a single year, stand as an un-equaled triple-whammy.

So while not all of his output is on that level, I'll gladly check out whatever is available. And this year, the festival shows the action thriller Three, in which a dangerous criminal stages a daring escape while in hospital.

In his review, Loïc Valceschini was a bit disappointed, but he does say To makes a confident return to bravura filmmaking. Anyway, Vicky Zhao is in it so it's required viewing for me... 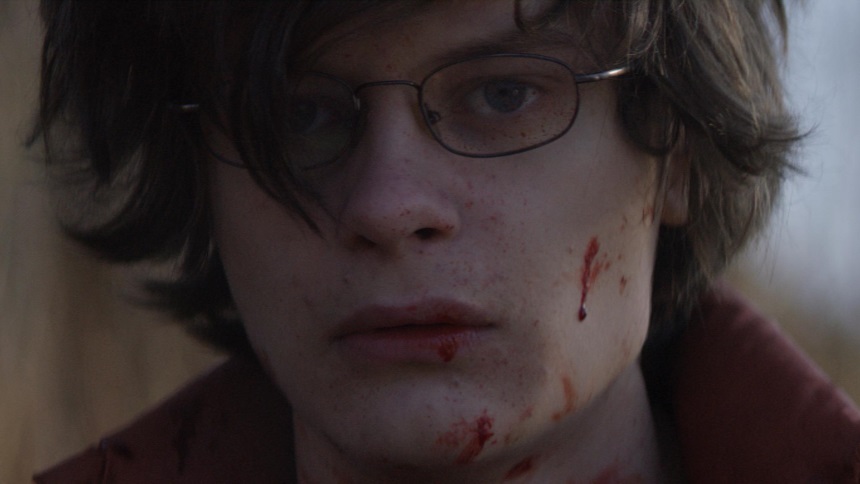 Ever since our Todd Brown whispered to me to maybe check out the premiere of this obscure little Swedish vampire film Let the Right One In, resulting in my first major, MAJOR scoop, I've learned to heed his advice.

And this year, he whispered to me to go watch the world premiere of Kevin Phillips' début Super Dark Times next Sunday. So, heh... guess I'll let you all know how that worked out! 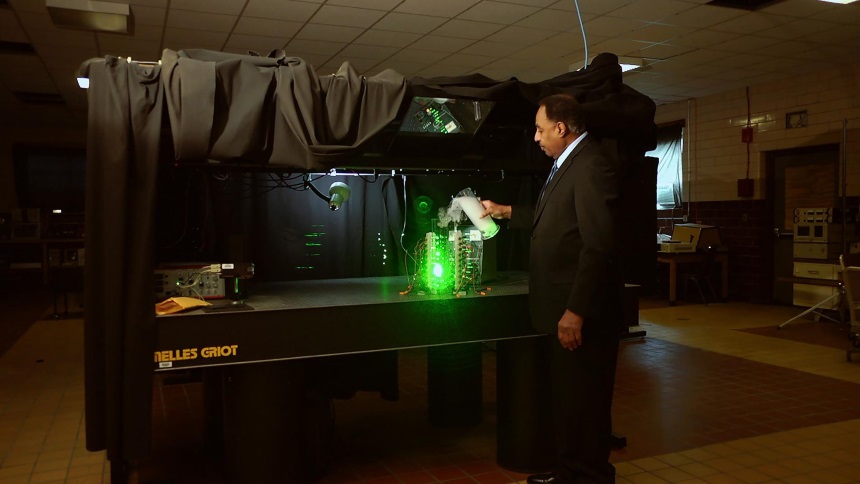 Speaking of fanatics: here's a documentary about a nerd trying to build a replica of the time machine from George Pal's 1960 film The Time Machine. How interesting can THAT possibly be?

Well, in the hands of documentary maker Jay Cheel, it turns into a compelling viewing experience. Not only does he show the rebuilding of the movie prop, he also focuses on people doing actual research into time travel, and the possible consequences of what will happen to the world (or will have has happened) if (when) they (did) succeed.

In his review, Kurt Halfyard tells you all to go check out this beautiful film. 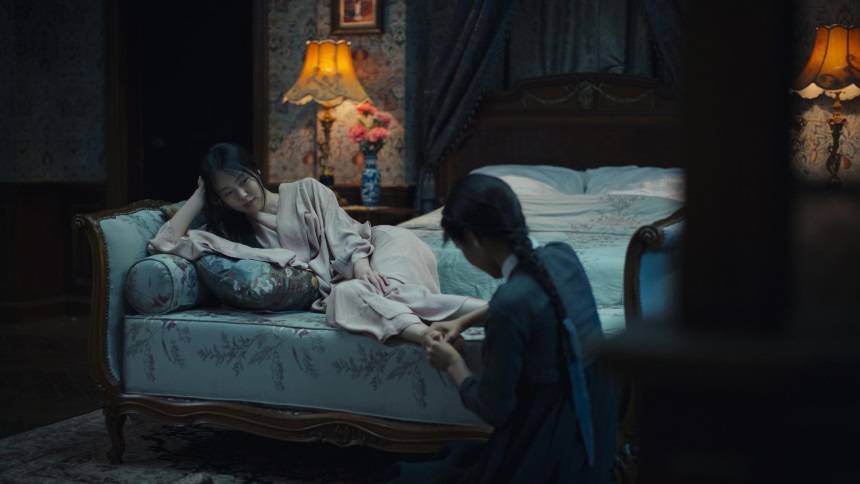 Park Chan-wook's latest may be somewhat late in arriving in the Netherlands (I think it has been everywhere else by now...) but that doesn't mean I'm any less glad it is here! Director Park seems shoots gorgeous cinema and any work by him is an absolute treat. Here he tells a lurid tale of a planned crime threatening to go awry because of an unexpected romantic involvement between the titular The Handmaiden and the lady of the house.

In his review, Pierce Conran says there sure is lots to love here. 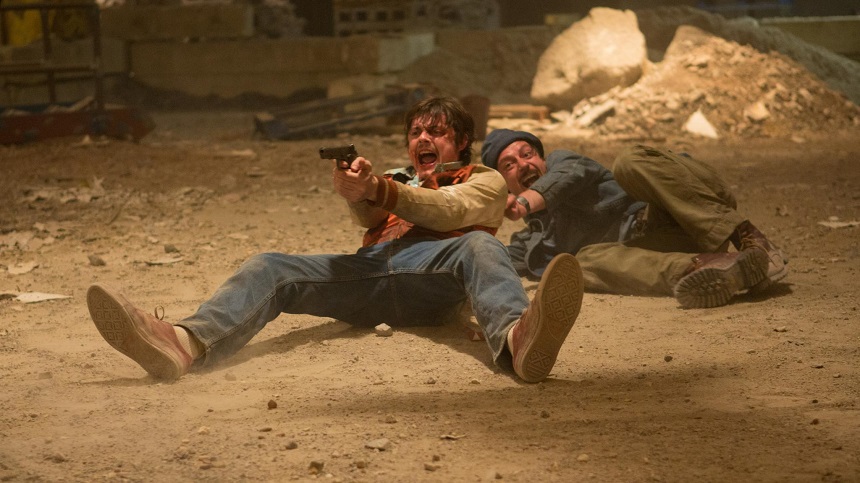 Last year, festival regular Ben Wheatley visited Rotterdam and brought his (then) new film High Rise with him. This year, we get his next one: the very violent yet enjoyable clusterfuck shoot-out film Free Fire. An illegal arms deal held in an abandoned warehouse turns sour, and everyone at the premise finds him/herself surrounded by loads of guns for the taking, loads of shooting people, and Ben Wheatley's dark sense of humor...

In his review, Ryland Aldrich says that "The magic of Free Fire is that instead of siding with just one of the characters or groups of characters, you end up rooting for general mayhem instead. That's a fantastic thing considering this awesome movie is pretty much mayhem from beginning to end." 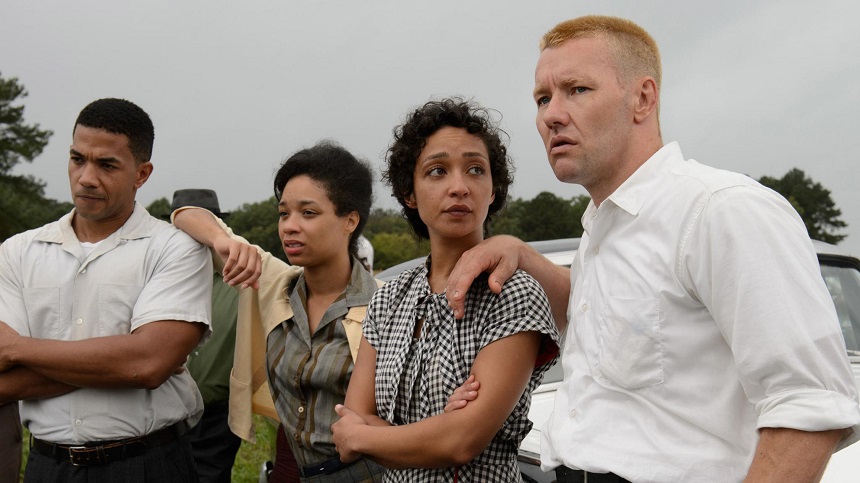 Jeff Nichols' drama Loving tells of the true-life legal struggle of Mildred and Richard Loving, who were arrested in Virginia for being a mixed-race couple, and who had to take their fight all the way to the Supreme Court. And instead of court histrionics, Nichols focuses on the quiet daily drama, showing the nefarious influence of an entire society who accepts racism as "somewhat normal".

Our Jason Gorber doesn't mince his words and calls the film a "Minor Key Masterpiece". 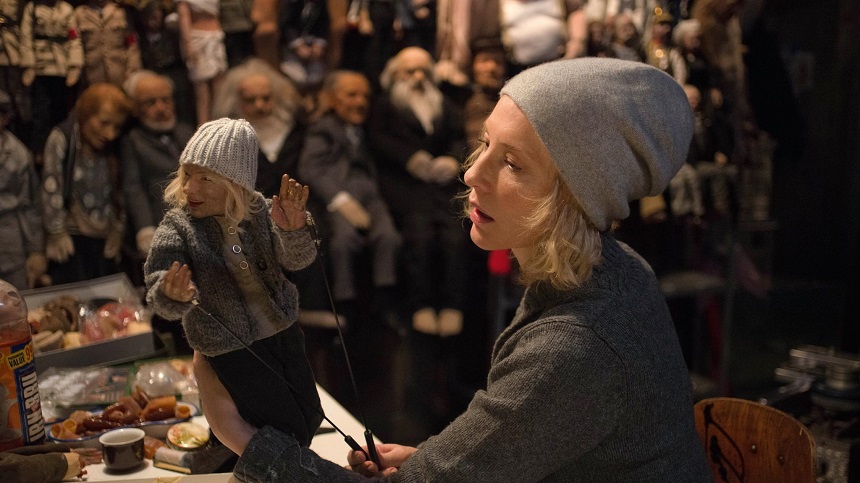 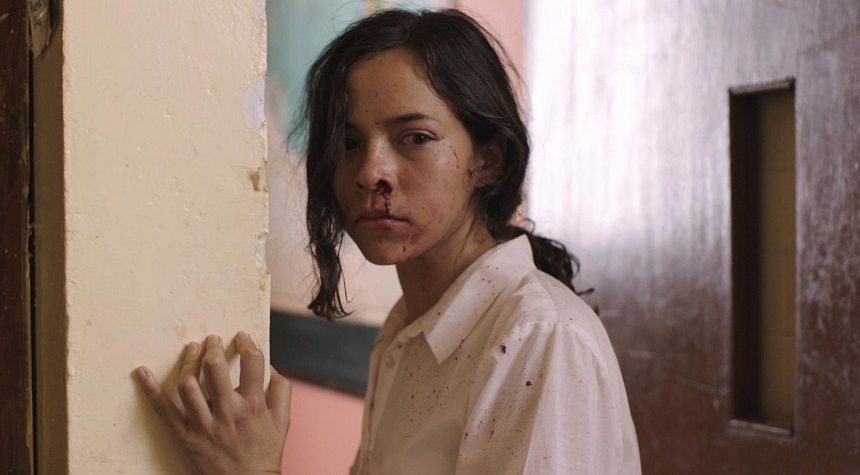 Mexican director Amal Escalante became world famous with his gritty crime drama Heli a few years back, and he has now returned with a tale about men and women receiving pain and sexual pleasure from a monster crawling out of a meteorite. Wait, what?

Before you think this is a trashy piece of exploitation, we're talking about an award-winning arthouse film, one which uses it's weird genre-viewpoint to cast a withering glance at Mexican masculine culture.

In her review, Shelagh Rowan-Legg calls the film "...a riveting and shocking examination of love, sex and violence among the working classes of Mexico..." 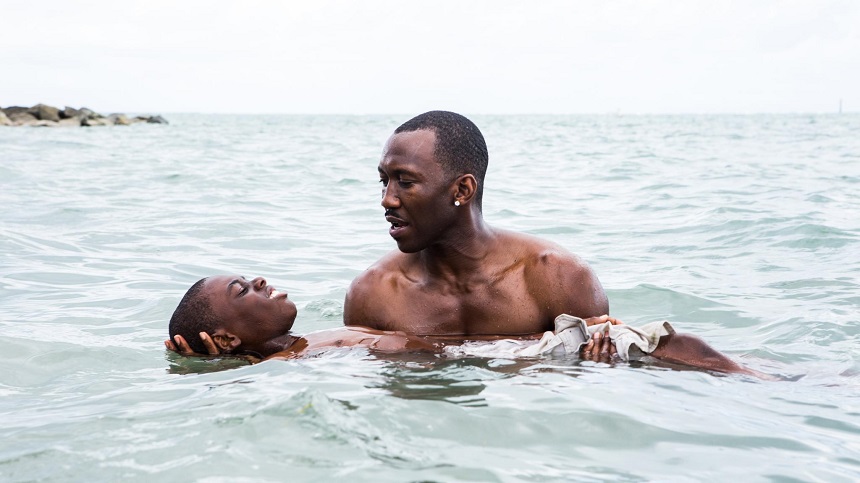 Much has been said about Barry Jenkins' Moonlight, but Matt Brown said it better than most in this, one of his finest columns:

"Moonlight is kind and empathetic, brings its audience completely into its world, and is about something - a queer Black man questioning his masculinity under three different lenses - that American movies are never about. Give it all the awards." 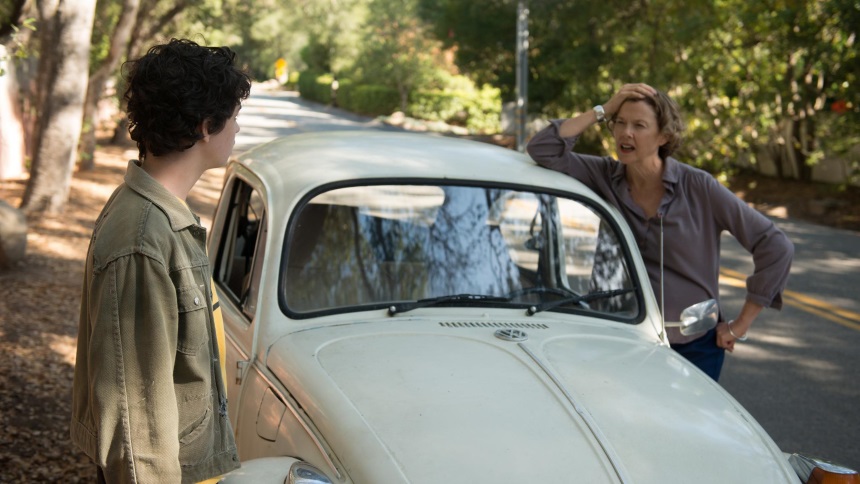 Closing the festival is artistic millipede Mike Mills' latest film 20th Century Women, a coming-of-age comedy drama which Mills allegedly based on much of his own life when growing up. This one is also picking up awards left and right at the moment, and Annette Bening, Lucas Jade Zumann, Elle Fanning, Greta Gerwig and Billy Crudup star.

In his review, Jim Tudor calls the film a "messed-up, ugly, gloriously intoxicating American beauty", and he advises to "not miss it".