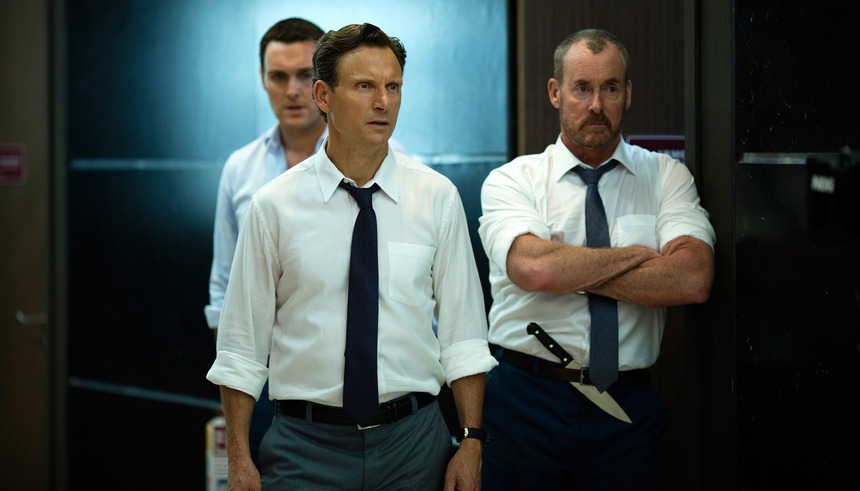 That James Gunn used his elevated status following Guardians of the Galaxy to get his long gestating shocker, The Belko Experiment, into production says a lot about how much the project means to him. Forget all the great reviews out of TIFF, or how this red band trailer makes the film look tailor made for me, that passion alone has me excited.

Directed by Wolf Creek's Greg McLean from a script by Gunn, the film premiered at TIFF back in September, where it was snatched up for distribution by BH Tilt,  an mprint of Blumhouse.

In the film, a group of 80 Americans are locked in their high-rise corporate office in Bogota, Colombia, and ordered by an unknown voice coming from the company's intercom system to participate in a deadly game of kill or be killed.

BH Tilt and Orion will release The Belko Experiment on March 17, 2017.

Do you feel this content is inappropriate or infringes upon your rights? Click here to report it, or see our DMCA policy.
Belko ExperimentGreg McLeanHorrorJames GunnMoviered bandTrailer