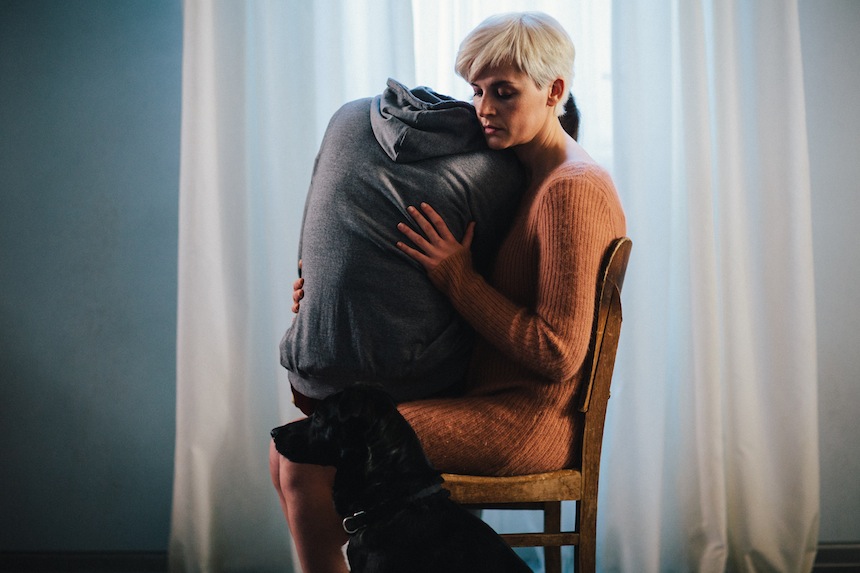 The Slamdance Film Festival is gaining ground for its 23rd edition in Park City, Utah, running from January 20 through 26. Last week, we gave word on the Narrative and Documentary Competition slate. Today, we have news on their final batch of films, which includes the Beyond Program for 2nd and 3rd time directors, a plethora of Short Films and their Special Screenings.


Titles of note in the Special Screenings section include the opening night film the investigative doc What Lies Upstream, from Slamdance alum Cullen Hoback (Terms and Conditions May Apply), and a new doc on poet Charles Bukowski, You Never Had it: An Evening with Bukowski.

The Beyond Program is a selection of low-budget features from second or third time filmmakers. A few titles I myself have already seen include Matthew Lessner's Automatic At Sea, a wonderfully weird and sensual melding of Dušan Makavejev antics and Ingmar Bergman anxieties, while Kuba Czekaj's The Erlprince (pictured above) is a boldly imaginative universe unraveling/exploding/expanding take on the life of a teenager. And Jerzy Rose's Neighborhood Food Drive is about as dry and oddball as they come.

On the short film front, Slamdance isn't lacking in variety with Narrative, Documentary, Animated, Experimental and Anarchy programs. I've caught a handful of these shorts already and can say it's worth you keeping an eye on François Jaros's Lynchian Oh, What A Wonderful Feeling and Kati Skelton's bizarre, bizarre, bizarre (and super funny) Business.

For a full rundown of the films announced today, keep reading...

The most narrative narrative never narrated. It has a beginning, a middle, and an end…. It is at once both a three-act assault on the conceit of the traditional narrative, and also perhaps, a futile attempt to escape the narrative impulse of cinema.

You Never Had It: An Evening with Bukowski
(Italy/Mexico/USA) US Premiere
Director and Screenwriter: Matteo Borgardt

A night of drinking and talking about sex, literature, childhood and humanity with the irreverent writer poet Charles Bukowski in his California house in 1981. A story of tapes lost, found and brought back to life.
Cast: Charles Bukowski, Linda Lee Beighle, Silvia Bizio

*Animated Short Preceding You Never Had It: An Evening with Bukowski

Eve, a young Swedish traveler, finds herself stranded on a private island with Peter, a wealthy heir whom she hardly knows. While waiting for other guests to arrive, Eve becomes trapped in an unstable reality punctuated by feverish visions, dimensional shifting and secret ​soft drinks. How can she escape if she's not even sure she's there?
Cast: David Henry Gerson, Livia Hiselius, Breeda Wool

It's the end of the world for a teenage genius, the feverish approach of the apocalypse - adulthood.
Cast: Staszek Cywka, Agnieszka Podsiadlik, Sebastian Łach,

Faye lost the love of her life, Ronnie lost her brother. These two best friends take off on a debaucherous journey into the mountains to cope with the loss of the man they both loved.  Cast: Erin Carter, Grace Glowicki, Daniel Beirne, Toby Marks, Nancy Kerr, Michael Rowe

Deep in Louisiana’s swampland, a woman wakes from a fever dream where it has been August for 16 years.

Basking in the wildlife of a handmade universe, a girl receives her first stick and poke tattoo from her best friend.

An uptight office drone seemingly discovers the perfect vehicle for letting off steam when an advertisement for a business catering to his innermost desires pops up one morning on his computer.

A terrified young man gets tangled up in a surreal and demoralizing "business opportunity."

A mom cries, photos fly, cats spy, and bodies collide in this sci-fi soap opera that unravels the secret dreams of people who are desperately searching for ways to cure their fears of loneliness.

A Taiwanese boy learns to fight back from the threatening violence in his Barbie doll world.

A renegade psychotherapist has a brief window of time to cure a patient with ungodly dreams.

An aspiring artist struggles to find his voice, his sexual identity, and the meaning of creativity.

Alex's best friend, Coyote Boy, is missing and he doesn't know why.

When a man finds a family of strangers in his house who claim to have bought the place, he agrees to let them stay until they can get to the bottom of the mix-up. They never leave.  Cast: Dave Hanson, Jim Santangeli, Jillian Lebling, Kathy Searle

A mysterious salesman offers an inadvisable investment opportunity to a lonely woman in need of a friend.

On the final night of their DIY stand up tour around Texas, five comics grow closer as friends.

High schooler Marshall hopes to seal the deal on prom night, but his date, Sarah, might not be as into it as he had hoped.

After a seemingly ordinary transaction goes wrong, a young stripper encounters a violent customer on her way home to her father’s birthday.

No Other Way To Say It

A voice over actor tries to deliver the right performance while receiving confusing text messages and confusing direction.

Just another visit at granny's…

Oh What a Wonderful Feeling

Stars, hide your fires, let not light see my black and deep desires. Nor any truck.

"One-minded" tells the story of one fan's transformation from dog to God.

An experimental narrative which follows the journey of a product from the factory line to a consumer and beyond.

He wants you to bounce on his lap.

After a garish and violent ceremony, two lovers are thrown into a mysterious cave inhabited by flying creatures.

On her quest to find a beautiful woman's missing cactus, LA’s most notorious detective gets caught up in some crazy shit and then dies.

Sadhu In Bombay is a documentary portrait of a man, with ascetic origins, who has been radically transformed by city life . The film explores the grey zones between truth, fiction and the construction of reality; while vividly addressing contemporary life in India.

The return journey on a train from a freshman summer camp, where 18-year-old Dóra has just been sexually abused.

A zombie is awakened.

On a Sunday morning the congregation of the Daytona Beach Drive-In Christian Church tunes in.

Animals are used to express the dislocation, helplessness, and anger, while nature illustrates the lack of control that we have on events that come to pass.

An observation of the daily lives of  vendors who work in China’s Yiwu Markets, the largest consumer market in the world. The film explores moments of tension between the fake and the real, between what is for sale and the humans who sell them.

In his long-awaited follow-up to 1997's 'Coven,' filmmaker Mark Borchardt steps behind the camera again with 'The Dundee Project,' a documentary chronicling a small town UFO festival in Wisconsin.

Mason Massey dreams of one day making it to the top level of racing but with a lack of big money sponsorship he knows that it is going to be a long, hard road.

Uganda's most surprising boxer steps into the ring one more time.

Against a tellingly hypnotic factory backdrop, a refugee encapsulates the global immigration crisis in his own wrenching words.

It Is What It Is

As filmmaker Cyrus Yoshi Tabar digs deep into his family history for answers to questions that have shaped his life, he finds that there are some things that might be better off left in the past.

Moriom, a beautiful but strange young woman, says her parents must be punished for holding her prisoner and torturing her. They have a different story.

The Real Wi-Fi of Baltimore

Featuring the genre-busting talent of James Nasty and TT the Artist, The Real Wi-Fi Of Baltimore offers a punny and nuanced view of Baltimore neighborhoods in a short film edited from iPhone screenshots of Wi-Fi network names.

Richard Atkins, the singer and songwriter of the early 70’s California psychedelic folk duo ‘Richard Twice’, was on his way to stardom and a huge success with his first debut album when he mysteriously walked away from it all.

A foreign worker from South India, whose customs says he is not allowed to marry at an even age, comes to Singapore in search of a job and a chance to find a wife before he turns 32.

Sweet Pie, also known as Paul Winer, revives his career as the baron of bare-assed boogie-woogie and blues at the Public Theater in NYC.

A reflexive analog-elegy that hates itself.

An eccentric artist navigates self-expression through his experiences living and growing up in the South.

Wacky relatives give way to mounting tensions with broken dolls, boiling stew and a bang.

A disembodied memory of adolescence in a Southern Californian suburb. The stuck-stillness of endless summer is disrupted only by a passing El Niño.

Flap flapflapflapflap flap. A large bird and a small boy cohabit in an unhappy relationship, trapped by four walls and a mutual codependency. The fragile balance of their existence is cracked by an un-eggs-pected arrival.

A tiny bug tries to figure out what it wants to become.

It Is My Fault

This work utilizes the own approach of the digital medium itself to deconstruct, to form the subliminal synesthesia visually and to create a fictional experience for the mind.

One of the three monkeys died.

Sometimes, family members can be worse than strangers.

The Noise of Licking

A woman is being watched every day by the neighbor's cat, as she takes care of her exotic plants. Their perverted ritual comes to an end when the cat disappears. Next spring a peculiar man pays her a visit.

“Leaving home, ‘I’ got a phone call. As ‘I’ answered it, the house exploded. ‘I’ went to work and continued as normal”…

What do we see when we really look at an animal? Certainly, not just what meets the eye. Cast: Margarita Quintero, Chuja Seo, Rafa Rojas, José Adam Arriola

An investigation into death induced dream ephemera or; a body (mind) dissolves into video signal memories.

The bark of the quaking aspen is thought to provide the cure for any fear who cause can't be named.

An observer journeys down a main street in Chicago towards a neighborhood known for its nightlife.

Cycling from original footage shot on super 8mm, up to 16mm, 35mm, down again to 16, optically printed, hand processed, and then optically printed again using a digital still camera to end on digital video.

Betrayed by his clan and murdered for his past evil deeds, a sadistic killer's soul possesses his identical twin's body and sets out onto the road of vengeance for one final crusade of extermination... Everywhere he goes... HELL FOLLOWS.

A weapons deal between a white supremacist and a member of the Islamic State blossoms into more. Cast: Jackson Rathbone, Amir Malaklou, Lily Harrington, Travis Harrington

In a World of Bad Breath

An odyssey through a mysterious psychedelic landscape full of monsters and secrets both beautiful and dark.

A deranged, 300 lb. masked ax murderer terrorizes the streets of Chicago as a calculated hunter tracks him.

An expressionistic journey through the gilt-pop-entrapment in which we find ourselves.

An educational film about some lesser known vitamins.

What a Beautiful World This Will Be

While a mysterious disease called “the Blank” ravages New York City, a young drunk must find his missing friend.

Do you feel this content is inappropriate or infringes upon your rights? Click here to report it, or see our DMCA policy.
automatic at seajerzy rosematthew lessnerneighborhood food driveslamdance 2017slamdance film festivalthe erlprince