Review: FENCES Delivers a Knockout Punch to the Soul 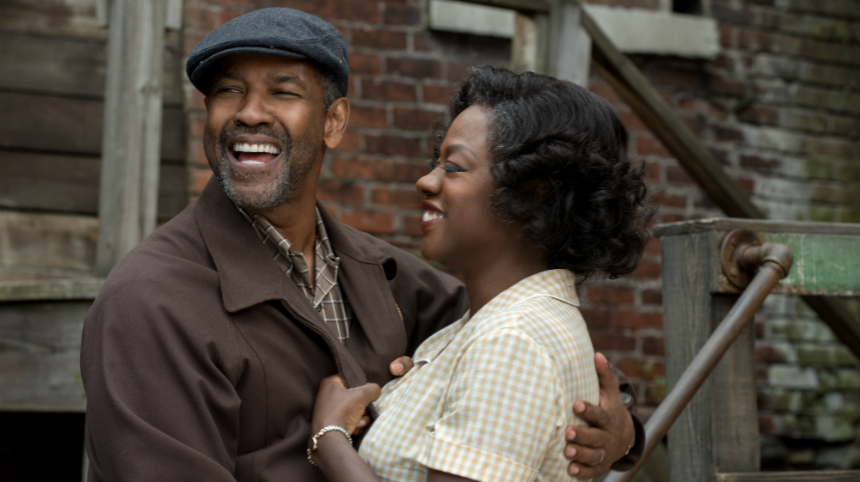 Smartly adapted for the big screen, Fences is something of a revelation for moviegoers.

August Wilson's stage play, the third in his so-called "Pittsburgh" cycle about the African American experience in America during the 20th century, was first produced on Broadway in 1987. It won a Pulitzer Prize and a Tony Award, and has been in development as a movie ever since. Wilson completed a screenplay, but the prospect for a movie stalled out. The play continued to be presented on stages throughout the years.

Five years after Wilson died in 2005, Denzel Washington and Viola Davis starred in a Broadway revival, earning Tony Awards for their performances, eventually leading to this movie, still based on Wilson's script, with Washington in the director's chair.

The opening sequence establishes the easy camaraderie between sanitation workers Troy (Washington) and Bono (Stephen McKinley Henderson) as they finish their shift on a Friday afternoon. It's the 1950's in the Hill District of Pittsburgh, Pennsylvania, U.S.A., a working class community. The streets are alive with activity by the time Troy and Bono walk home and are welcomed by Rose (Viola Davis), Troy's wife.

They adjourn to the back yard, where Troy opens a bottle of alcohol, which loosens the flow of conversation. Not that it needed much help; Troy, Bono and Rose are nothing if not loquacious, and Wilson's dialogue flows out of their mouths in a constant stream of elevated conversation. The talk rises and falls, dodges and darts, becoming more cutting at times and then retreating. It's gentle and sharp, light-hearted and highly-charged. 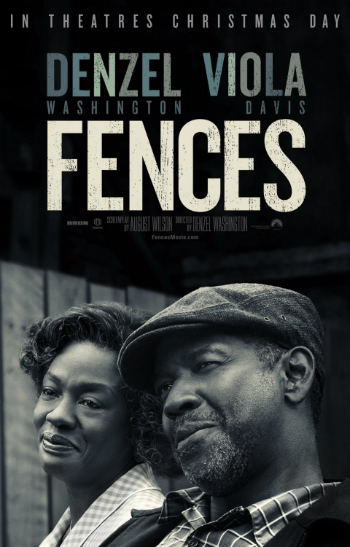 The sequence is typical of what will follow, not in content -- no two conversations are in any way identical -- but in the ebb and flow, the give and take between the people who are talking. One thing is for certain: no one in Fences ever talks to themselves. They always speak with a purpose.

Over time, people reveal themselves: Troy and Rose, their friend Bono, their son Cory (Jovan Adepo), Troy's brother Gabriel (Mykelti Williamson), and Troy's son Lyons (Russell Hornsby), from a previous marriage. They come and go from Troy and Rose's house, talking over old times, for the most part.

In his younger years, Troy played baseball in the Negro Leagues, but by the time Jackie Robinson broke the color barrier, it was too late for Troy. He holds bitterness and resentment deep in his belly, but that's never stopped him from providing for his family.

It's manifested in other ways, though, and that bleeds out and infects each and every member of his family. For their part, the others have their own resentments, just as strong and deeply held. In time, everybody bleeds.

Directing himself, Washington delivers a sterling performance as an angry man who is always seeking to control himself and those around him. In fact, all the performances are very strong, reflecting the slow boil of emotions over a period of years. Among the cast of stand-outs, Viola Davis is absolutely sterling, mesmerizing in her command of the screen.

Fences delivers a knockout punch to the soul.

The film opens in wide release across the U.S. on Friday, December 23.

Do you feel this content is inappropriate or infringes upon your rights? Click here to report it, or see our DMCA policy.
August WilsonDenzel WashingtonRussell HornsbyViola Davis