Now on Blu-ray: Shout Select Brings Home TO LIVE AND DIE IN LA, NIGHTHAWKS, DEATH OF A SALESMAN

New from the Shout! Factory family of specialty home video is the recently unveiled Shout Select series. Shout Select came roaring to life earlier in 2016 with well-reviewed releases of films like Road House and Bill & Ted's Execellent Adventure, and they appear ready to continue the trend with three of their most recent discs. 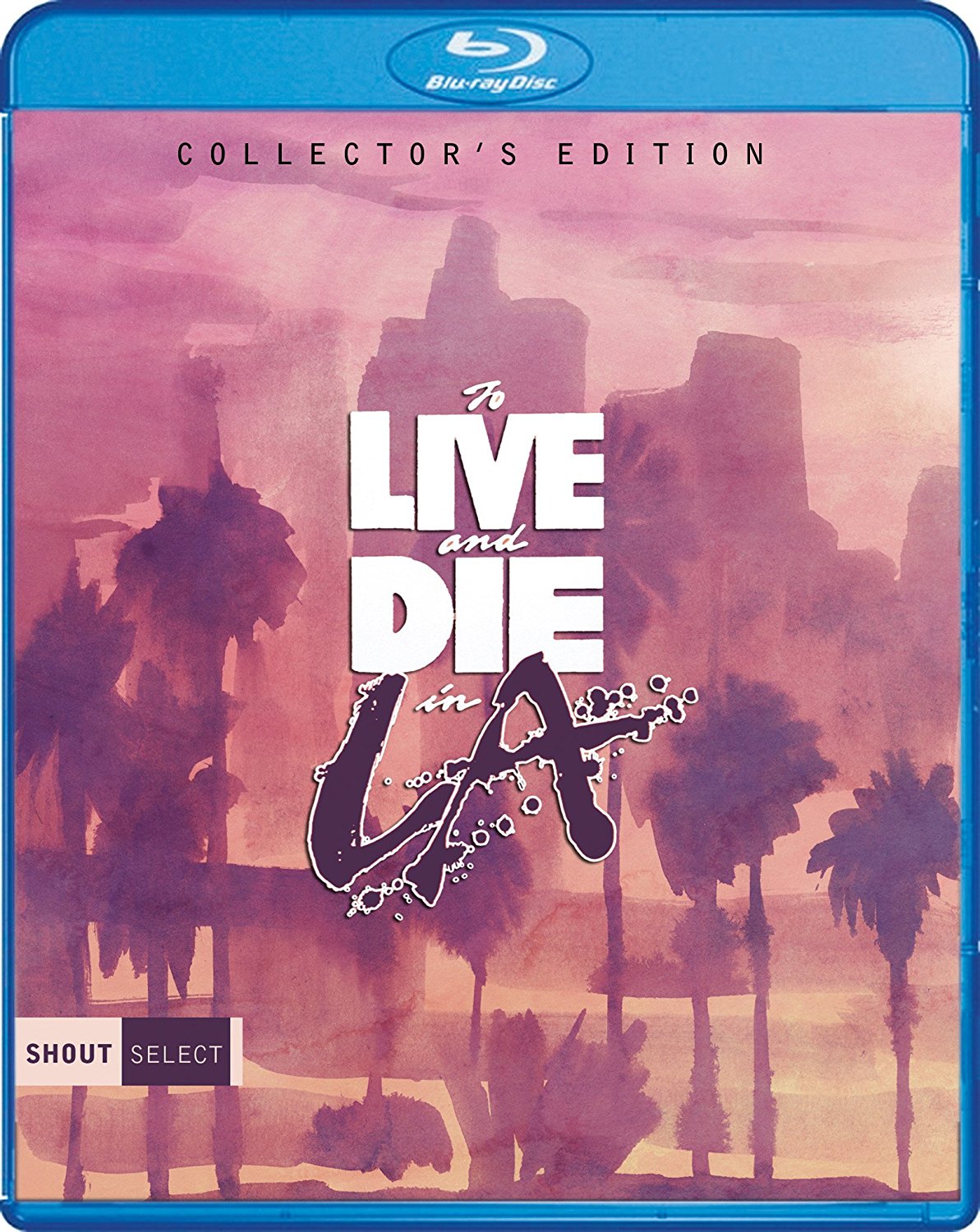 William Friedkin is a master filmmaker with a number of bonafide classics under his belt. One of those classics which has been revisited on Blu-ray by Shout Select is To Live and Die in LA, a pulse-pounding neo-noir set among the grit and grime of the mid '80s.

After seeing his longtime partner killed as a result of a guerrilla bust gone bad, Secret Service agent Richie Chance (William Petersen) is out for blood. Reassigned to a new partner, the not-so-enthusiastic John Vukovich (John Pankow), Chance sets his sights on big shot drug dealer and counterfeiter Eric Masters (Willem Dafoe). The resulting chase is one hell of an adrenaline high as Chance and Masters risk everything they've got to destroy one another, and LA might just find herself to be collateral damage once the smoke clears.

This is a great film and a reminder of the immense talent of William Friedkin. Like his previous classic cop film, The French Connection, Friedkin keeps the tension cranked up to almost unbearable levels throughout To Live and Die in LA. The result is a film where anything is possible, and frequently bucks expectations to deliver twists that will leave the viewer's jaw on the floor.

To Live and Die in LA comes to this collector's edition Blu-ray with a new 4K restoration that looks glorious. The colors of '80s Los Angeles explode off the screen and detail is exceptional. This is definitely a step up from the previous release from MGM. The audio also gets a boost with a DTS-HD MA 5.1 surround track alongside a DTS-HD MA Stereo track, both of which sound good, though I'm more a fan of the original stereo.

Shout Select went all out in delivering a complete package for this release that combines archival materials and featurettes with newly filmed interviews for a real definitive feel. In terms of archival material, we get an older making-of doc that runs around a half an hour and serves as a decent overview of the film. In addition to that we get interviews with lead actor William Petersen, legendary stunt coordinator Buddy Joe Hooker, composers Jack Hues and Nick Feldman of Wang Chung, and supporting cast Jack Dwier and Debra Feuer.

All of the interviews are quite detailed, even those with performers who were only in the film for a few minutes, and everyone is able to contribute at least a few great anecdotes about the production and how it came together. The last major extra is an alternate ending that was shot but not used. This ending is a ridiculous tag on the existing film that was rightly scuttled but was requested by the producers as an alternative to the film's downbeat ending.

I had never seen To Live and Die in LA before this disc and I was really impressed not only with the film, but also the presentation and care given by Shout Select in their collector's edition release. Definitely recommended. 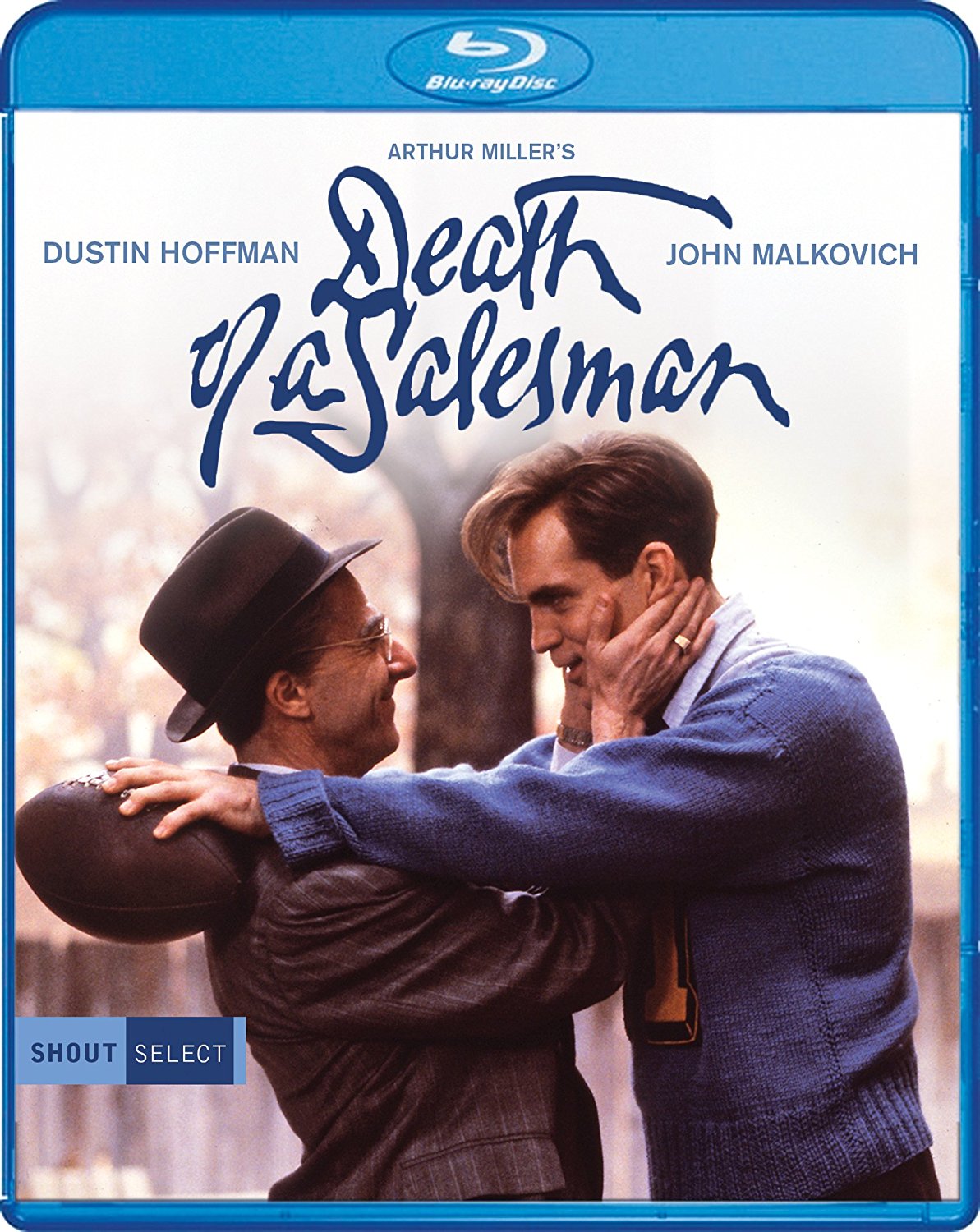 Dustin Hoffman and John Malkovich star in this made-for-TV adaptation of Arthur Miller's Death of a Salesman. Miller's play, one of the most famous stage plays of his career, has been filmed numerous times but this version, directed by The Tin Drum's Volker Schlondorff must be among the best. If you went to high school in America anytime in the last fifty years, there's a good chance you've read the play, so going into a huge amount of detail probably isn't necessary. However, suffice it to say that it is a story about the death of the American Dream.

Dustin Hoffman plays Willy Loman, a traveling insurance salesman who isn't quite the man he used to be. Willy tries very hard, but the world is changing around him and he can't quite seem to keep up. At least he has the love of his wife and two sons, that is until Biff (John Malkovich) finally tires of being expected to live up to his father's expectations. Willy feels like he's letting his family down and wonders what he can do to make it up to them, all while they try to figure out how to make him happy without sacrificing their own dreams. There are no happy endings in Death of a Salesman, but there is truth, and that's more important.

Having been shot for CBS TV in 1985, Death of a Salesman looks good in its original 1.33:1 aspect ratio. It's not the prettiest film in the world, but Shout Select's disc captures the drab color palette relatively well. The disc does suffer from significant softness that may simply be the result of the inherent lower budget that comes with being a TV production. This disc won't blow anyone's mind, but it's a competent release for a great film.

The only extra included on the disc is an exceptional feature length behind the scenes documentary titled Private Conversations which looks into every nook of the production process for the film. There are lots of on-set interviews from the principal performers which capture the mood of the production very well. It may be the sole extra on the disc, but it is a great look at the film that is nearly as engaging as the feature itself. 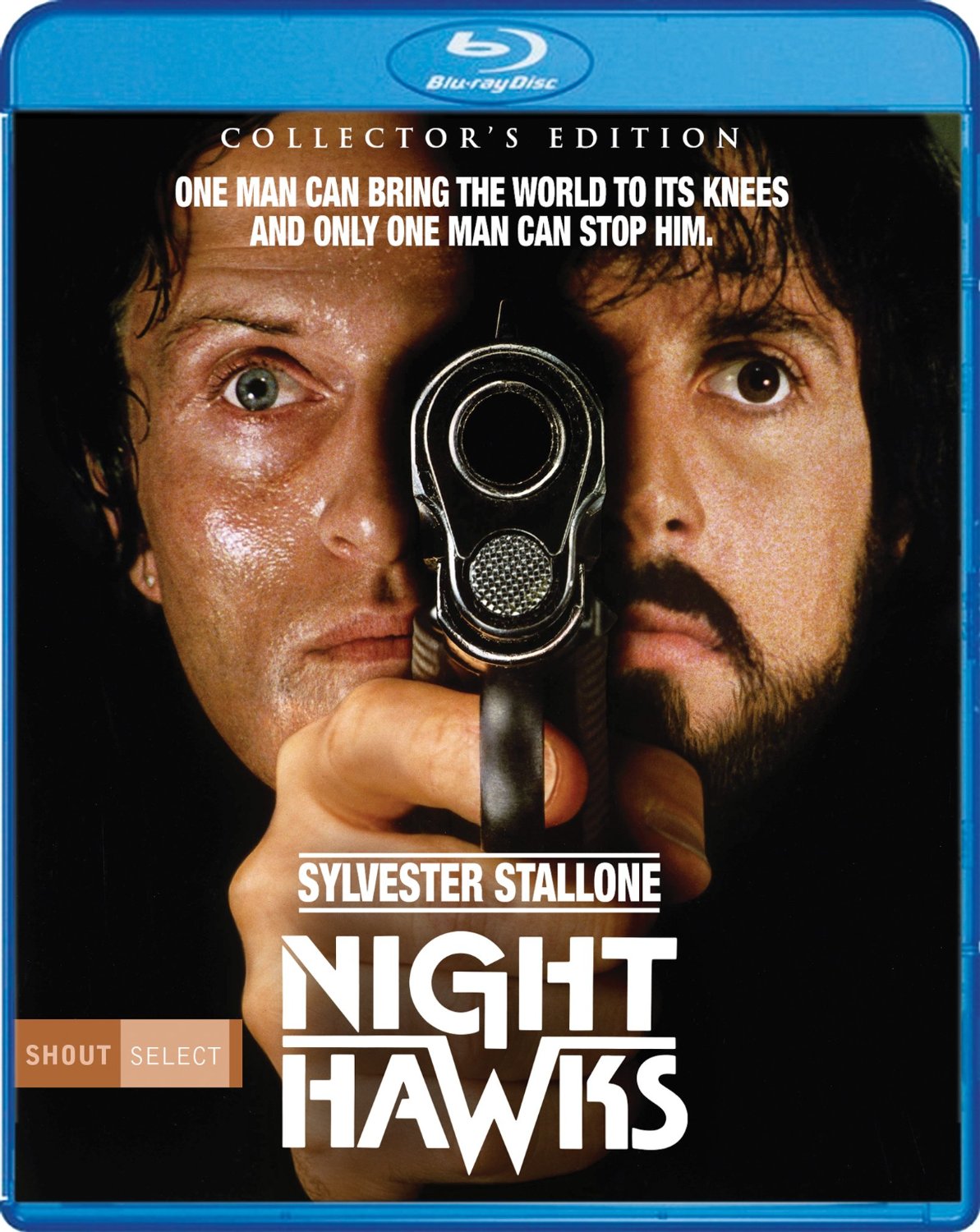 Nighthawks is probably the height of Sylvester Stallone's career as a crossdresser, a tactic he utilizes not once, but twice in this grimy story about terrorism in NYC.

Stallone is a tough guy cop in 1980 New York. When Interpol learns that a terrorist plans to strike the city, Stallone gets called in to be a liaison for the local law enforcement on the anti-terrorism squad. The bomber, a young Rutger Hauer, is a master of disguise and a hired gun with no qualms about killing. The resulting chase through the city is one hell of a ride.

Shout Select presents director Bruce Malmuth's Nighthawks for the first time on Blu-ray in the US and it looks quite good. The image is stable, color palette is lively, and the detail is quite exceptional. The audio is similarly effective, with action sequences in particular standing out.

Shout stacks the disc with retrospective interviews from major crew members, though conspicuously absent are the two leads, Stallone and Hauer. Instead we get a quality interviews with producer Herb Nanas (audio only), director of photography James A. Contner, writer Paul Sylbert, technical advisor Randy Jurgensen, and a couple of brief interviews with supporting actors Lindsay Wagner and Catherine Mary Stewart. When considered as a whole, the interview material is extremely helpful in painting a picture of the production, but without Stallone and Hauer it does feel a bit incomplete.