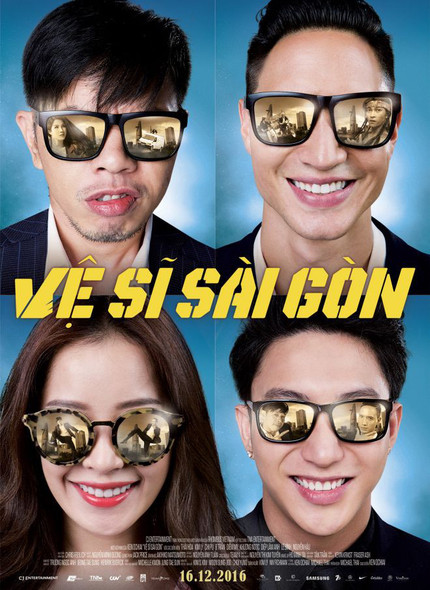 Upcoming action-comedy is a curiously international affair. Produced by Canada's Rhombus Media - backers of Antiviral and Hobo With A Shotgun - with the backing of Korean giant CJ Entertainment - who are increasingly active in Vietnam - with JApanese writer-director Ken Ochiai (Tiger Mask), if you ever needed an example of the increasing globalisationof the film industry, this is it. And it also looks quite fun.

Kim Ly and Thai Hoa play a pair of mismatched bodyguards in Saigon - one a seemingly perfect phsycial specimen and the other a goofy, sex obsessed prankster - hired to protect the young heir to a business empire in town for his father's funeral. This, of course, goes very badly.

The comedy is quite regional but the production values appear very strong and the action has great scale in the just released first trailer. International audiences will be glad to see that Engish subtitles are included so it's easy to follow along. Take a look below!

Do you feel this content is inappropriate or infringes upon your rights? Click here to report it, or see our DMCA policy.
ActionComedyTrailerVietnamKen OchiaiMichael ThaiKim LyThai HoaChi PuBe Tran