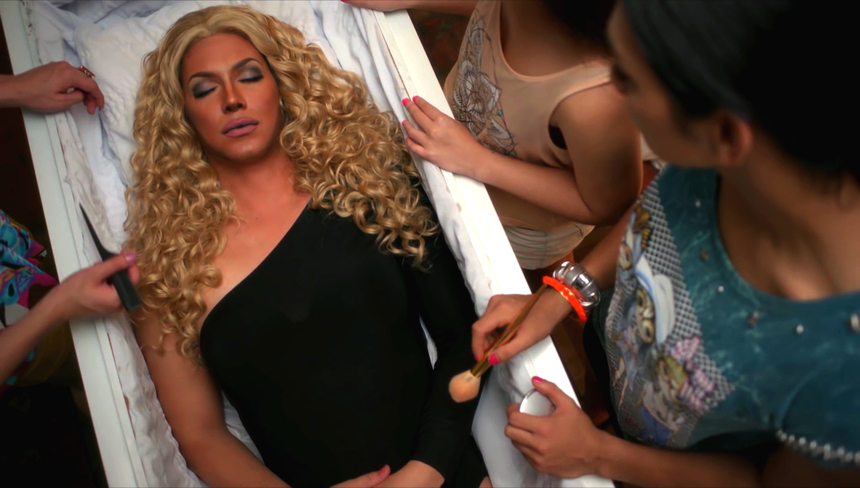 Jun Lana's new dramedy Die Beautiful has dropped a new teaser-trailer just in time for its world premiere at the 2016 Tokyo International Film Festival. There's enough spectacle here to make up for 2013's harrowing Barber's Tales and color to make up for 2015's bleak Shadow Behind the Moon. That's not saying the new film will not tread dark trails, however: the story, in fact, pivots around the death of a Filipino transwoman.

Trisha, a Filipino transgender woman, suddenly dies while being crowned in a beauty pageant. Her last wish was to be presented as a different celebrity on each night of her wake, but her conservative father wants to bury her as a man. Trisha’s friends are left with no choice but to steal her body and hold the wake in a secret location. And as Trisha is transformed to look like different celebrities, they also look back at the colorful and extraordinary life that she has led - being a son, a sister, a mother, a friend, a lover, a wife, and ultimately, a queen.

Do you feel this content is inappropriate or infringes upon your rights? Click here to report it, or see our DMCA policy.
Die BeautifulJoel TorreJun LanaLou VelosoPaolo BallesterosPhilippinesRody Vera