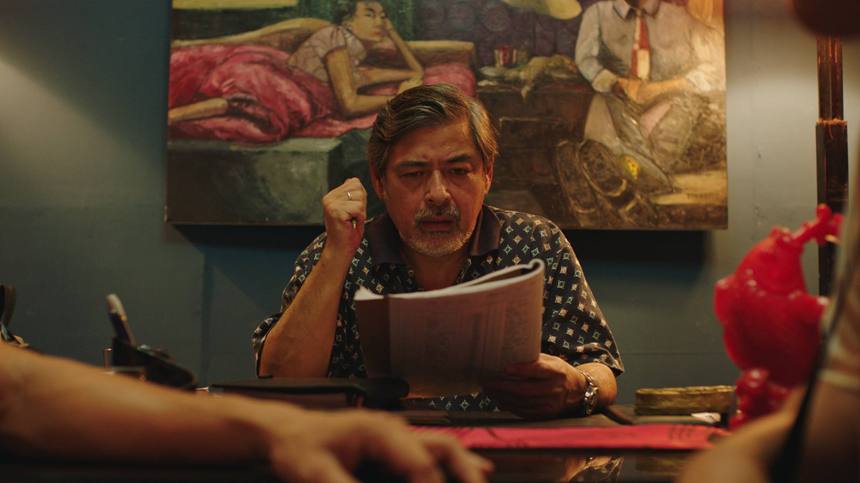 Filipino director Borgy Torre made the move from commercial and music video work in fine style a few years back with his award winning thriller Kabisera (The Patriarch) which starred Joel Torre as a man plunged deeper and deeper into a life of crime after discovering a cooler full of drugs while fishing one day. Kabisera was a phenomenally strong debut that promised great things from its director.

Well, Torre (the director) is back now and once again features Torre (the actor) in his latest effort, Tisay. Again backed byt he Channel One Originals program that also supported Kabisera, Tisay looks to be a dark drama set in the world of sports betting - specifically around the Filipino basketball leagues - with a dash of romance thrown in. JC De Vera plays the rising young sports star, Joel Torre the bookie with an iron fist, and Nathalie Hart the young woman caught in between.

With the C1 Originals festival just around the corner the first trailer for Tisay turned up over the weekend and looks typically excellent. Production values are fantastic, performances appear quite strong and Torre balances out his well honed edit style - crafted over his years of award winning commercial work - with attention to detail and character. In short, this looks like another winner. Take a look below.

Do you feel this content is inappropriate or infringes upon your rights? Click here to report it, or see our DMCA policy.
alfonso torre IIIborgy torrec1 originalsjc de verajoel torrekabiseranathalie hartphilippinestisaytrailer