“Danny Fields, Forever the coolest guy in the room.” -- Legs and Gillian

Music on Film is a new podcast that discusses as many aspects of audiovisual marriage as possible. Guests might include a film composer, a director with a propensity for visionary soundtracks, a musician who is featured in a film, or in the case of today’s premiere episode, the subject of a music documentary.

So what better way to kick off my podcast series, Music On Film, than with a man so charismatically influential to rock, he himself could be the protagonist of a highly favorited movie. In fact, Scorsese recently borrowed aspects of Fields' glory for his promise-unfulfilled HBO series, Vinyl, but had he aspired to more closely base his protagonist on the spirit of the actual man with the golden ear, we might’ve had a better shot at getting the 70s New York film or show that Danny’s world demanded.

Since Brendan Toller first started screening his excellent documentary, and probably well before, people have enjoyed referring to Fields as a sort of Forrest Gump figure for his tendency to not only pop up in pivotal moments throughout the most exciting 15 years of rock and roll, but to also do his part in shaping the fringe counter culture in which he so colorfully participated. One prominent New York paper that loved the film bent over backwards to avoid repeating the tired Forrest Gump comparison by instead calling Fields a Leonard Zelig. The analogy is wrong for one crucial reason. Zelig is a social chameleon who is too insecure to exhibit personality, whereas Danny’s friends, many of whom are considered some of the finest folks to walk this earth - Andy Warhol, Edie Sedgwick, Iggy Pop, Lou Reed, etc. - hung out with Danny because they considered themselves lucky to do so.

With a great understanding of everything transpiring around him, Danny saw where he could be of help to incredibly raw unseen talents and helped the shit out of them. This was of course after he dropped out of Harvard Law - booooring, choosing instead to thrive on foreign sounds to his ear. Danny found his purpose in the burgeoning rawness of rock and roll - to appreciate it. Gravitating towards punk in all its origins, Danny found passion in the antagonism of electric Dylan, the brazenly intrepid musical exploration of The Grateful Dead, and eventually, the aggressively poetic Jim Morrison

It’s a story that until lately hasn’t been told nearly enough, aside, of course, from Legs McNeil and Gillian McCain’s essential aural history on the Punk movement, Please Kill Me. Danny lived to see that others got their due and now, thanks to Brendan Toller, he is getting a little of his, whether he wants it or not. The film came out on Friday in theaters and On Demand, but all the way back in March of 2015, when the film premiered at SXSW, I had the great privilege of chatting with Toller and embarking on an epic chat with Fields that spanned so much time, the interview warranted a naming. So with that, I’m happy to finally present The Danny Tapes. I’m also happy to report that from Harvard Law classes to Andy Warhol’s Factory to Max’s Kansas City to CBGBs and on, Danny is still the coolest guy in the room. 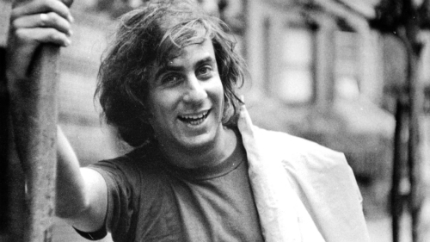