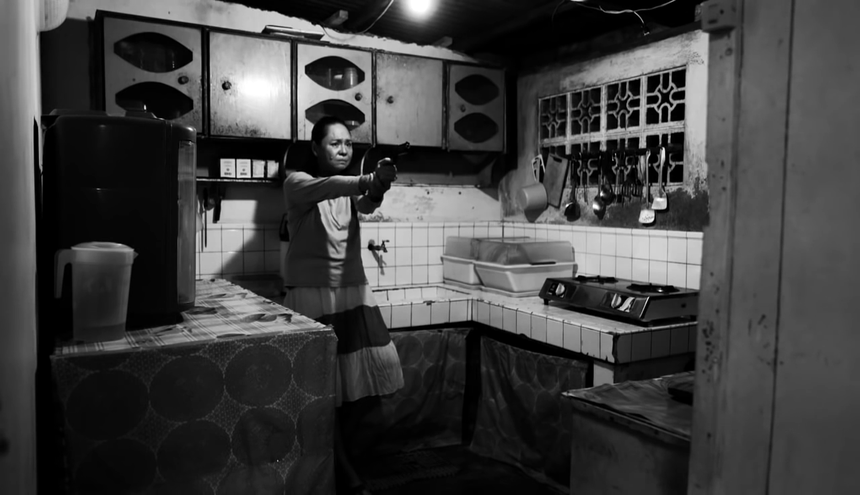 A shift in the cinema of Filipino auteur Lav Diaz is manifest.

This is, depending on who's talking, seems to have brought on by his 2013 Crime and Punishment-inspired epic Norte: The End Of History, which strikes a different chord from his previous, less "conventional" works, such as Death in the Land of Encantos (2007). That isn't to say his works post-Norte are conventional. If anything, the apparent change only makes Diaz's later experimentations feel more assured---graced still by his distinct touch, teeming still with familiar irony.

His 2015 film, Hele Sa Hiwagang Hapis (Eng. title: A Lullaby to the Sorrowful Mystery), an eight-hour drama that warps real-life, mythology, and literature in a frenzied wormhole, signals one thing above all else: That the auteur has reached a peak in his career, a fact which then enables him to make peace with what he's known to champion against (for the widely successful project, Diaz has decided to work with Star Cinema, his native Philippines' largest film outfit). And this he does, admirably, with sheer abandon.

In his new film, Ang Babaeng Humayo (Eng. title: The Woman Who Left), Diaz will not relent. The four-hour, V.F.F. Golden Lion Prize-winning drama is loosely based on the Leo Tolstoy short story “God Sees the Truth but Waits”, an insufferably bleak parable of forgiveness following a man imprisoned for many years for a crime he did not commit.

There are no details as to how Diaz ties the classic story with his film, which appears to pivot around a woman named Horacia (played by Charo Santos-Concio, famous for her acclaimed performances in films of old, such as Itim and Kisapmata) and a mysterious transwoman named Hollanda (John Lloyd Cruz). A new trailer has been released via Spanish film site, Cine Maldito; which, in true Diaz fashion, does not offer much in the way of plot:

The film is slated for a local release here in the Philippines starting September 28th. It is also expected to continue its festival run following a festival premiere in its native Philippines at the 2016 Cinema One Originals Film Festival.

For more information about the film, visit the Ang Babaeng Humayo Facebook Page.

Armando Dela Cruz is a film critic based out of the Philippines. He's the founder of the film website Film Police Reviews.

Do you feel this content is inappropriate or infringes upon your rights? Click here to report it, or see our DMCA policy.
Charo Santos-ConcioJohn Lloyd CruzLav DiazPhilippinesThe Woman Who Left