Venice 2016 Review: THE LIGHT BETWEEN OCEANS Gets Derek Cianfrance Into Hot Water 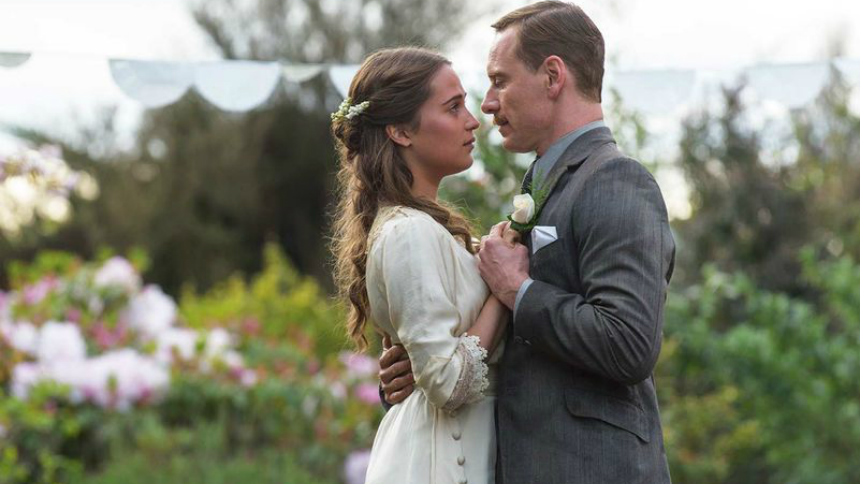 Whether it's Blue Valentine's pitch perfect snapshot of a relationship in breakdown or the wonderful parallels and plot twists of The Place Beyond the Pines, one thing is for certain: Derek Cianfrance is ridiculously good at telling complex and unconventional stories in a way that feels irresistibly cinematic and compelling. So when teamed up with two insanely talented actors like Michael Fassbender and Alicia Vikander, could Cianfrance's adaptation of M.L. Stedman's novel The Light Between Oceans possibly go wrong? Maybe.

But first, let's try to take the director's latest drama on its own terms. The Light Between Oceans opens to reveal a bristling, English-sounding Fassbender playing Tom Sherbourne - a cagey man migrating to a remote part of Western Australia after four terrible years on the Western Front. Our meeting him is accompanied by the swelling sounds of a small fishing town, and immediately we are transported to an early 20th-century picturesque landscape.

Under our eyes labours a glistening steam engine that puffs a forebodingly moody grey smoke into the air, and before long we get wind that Sherbourne has been called upon to fill a position at an impossibly isolated lighthouse on an island called Janus (in an already secluded part of the world). But that isn't until he's swept up by a social invitation to meet a number of the equally English locals, including a guffawing, light-hearted Isabel Graysmark (Alicia Vikander), who at the same time has clearly War memories brooding behind her big sad eyes too.

Whilst Vikander's character does sadly at times boil down to not much more than a hysterical baby-making factory, her role is fortunately much more than that - and her playful forthrightness soon sees her to proposing to this mysterious new lighthouse keeper. In what can only be described as a definite whirlwind romance, they retreat to the idyllic Janus and set about trying to start a family. Only their efforts sadly seem to prove as barren as much of the island's unforgiving craggy coast.

Already this sounds promising dramatic territory, then. An extremely talented cast and crew paying their respects to the centenary of the Great War, and what's more with some really great costume designing by Erin Benach. On top of that, the film seems to lend itself ideally to director's strengths; Janus (the two-headed god) is, after all, an excellent thematic starting point, seeing as the Cianfrancean protagonist is at once always looking back into a traumatic past and falling helplessly into a romantic future. 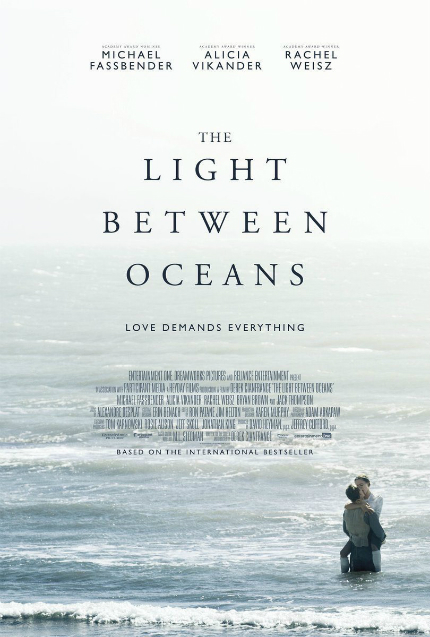 The film is equally a real To the Lighthouse experience, what with the effects of the war being quite obliquely dealt with and the focus falling heavily on a stuffy, almost Victorian community. Similar to Virginia Woolf's novel too, the lighthouse and its surroundings really become a character in their own right too, and this film is certainly full of some beautiful, repeated shots of waves and gorgeous sunsets. A very bright, yet melancholic Australian light seems to bleach many of the film's images too. But in reality, this represents a real task: how do you make a film that is set so predominantly on a postage stamp of land dramatic?

Ironically, Cianfrance manages it and this isn't what lets the film down. You do get caught up in the affections and flirtations of Fassbender and Vikander, even if they aren't really properly fleshed out enough. And that is often sort of the point with Cianfrance's films -- the characters don't even flesh out the relationships for themselves, and when honeymoon period ends, then the pain comes.

But the real problem for The Light Between Oceans is that for some reason it's almost maddeningly sentimental. There's all this cooing and crying, and it's all hammered home by the ever-prolific Alexandre Desplat's overdone piano score. At times it gets so lovey-dovey you end up wanting to punch yourself in the face.

Except, of course, nobody really watches a Cianfrance film for the romance. You watch his films for the tragedies, for the collapses, for the feeling that he is capturing your emotions so perfectly you could watch his films all day. And fortunately, that begins when the couple's barren search for a child is met by a suitably folkloric boat coming to the island baring a dead man and a young baby.

Immediately, we're back on the right ground. Much like Bradley Cooper's character in The Place Beyond the Pines, this becomes an opportunity for Fassbender to knuckle down on his compulsive need to do the right thing, while Vikander reprises Ryan Gosling character's need for a happy, undivided family in Blue Valentine. This gets even better when the excellent Rachel Weisz emerges on the scene as the missing wife and mother in this doomed jigsaw puzzle.

Then as with all good tragedies, each of these three characters clings to one flawed, desperate need. And ultimately either following or abandoning that need comes to seem equally damaging. You get a real sense that this is the reason Cianfrance chose to adapt this book. His spidey senses must have been intensely telling him that these were exactly the kinds of contractions his way able to so expertly and elegantly sew.

For some reason though, it just didn't work out. It's all so ham-fistedly done, while the relentless strikes of the piano keys repeatedly bludgeon you over the head. And it's a real pity. Certainly we'll still look out for the next big Cianfrance film, and this latest effort will find an audience, and please some. (After all, even on a hot Venetian evening, The Light Between Oceans was dampening a few critical eyes at this year's Biennale.) But this movie will unfortunately also just aggravate and dismay some other fans of the director's work.

The Light Between Oceans