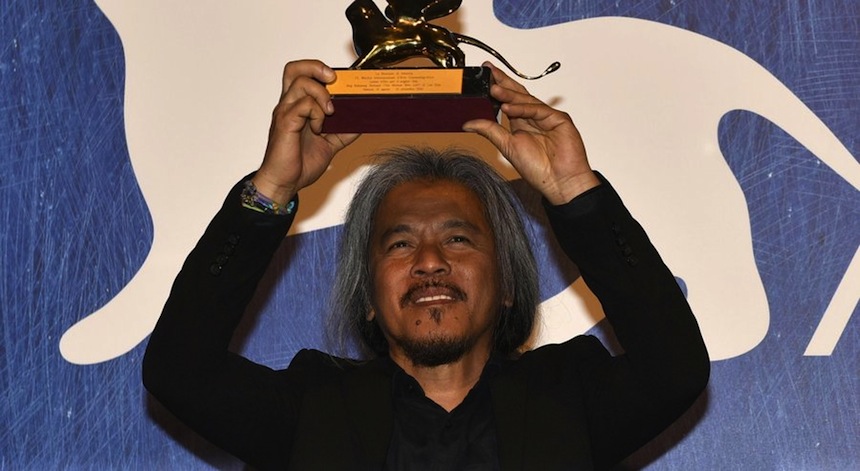 The 73rd Venice International Film Festival came to a close this evening with their annual awards ceremony.

It was a big night for the Philippines and the prolific Lav Diaz as his latest picture, The Woman Who Left, took home the prestigious Golden Lion prize. Diaz, who has directed 17 features since 1998, and been a staple on the prestigious festival circuit for years, is best known for his Un Certain Regard selected Norte, The End of History.

The complete list of winners can be found below:

Golden Lion: “The Woman Who Left” by Lav Diaz

Best Actress: Ruth Díaz for “The Fury of a Patient Man”

Lion of the Future

Luigi De Laurentiis Award for Best Debut Film: “The Last of Us” by Ala Eddine Slim

Best Documentary on Cinema: “The Graduation” by Claire Simon

Best Restored Film: “Break Up, the Man with the Balloons” by Marco Ferreri

Do you feel this content is inappropriate or infringes upon your rights? Click here to report it, or see our DMCA policy.
la la landlav diazthe bad batchthe woman who leftVenice 2016