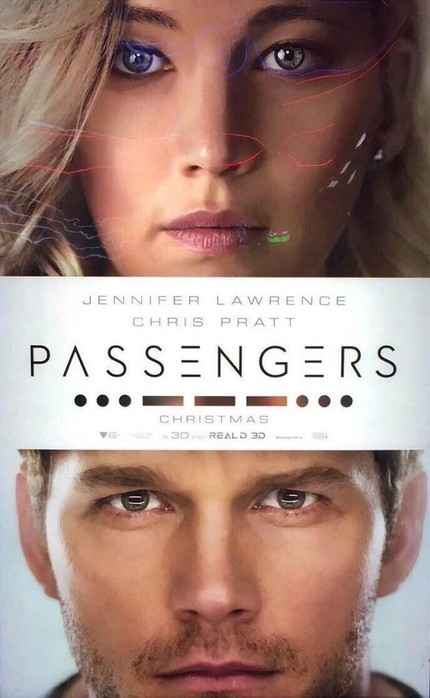 Passengers, Sony's new science fiction epic and their big Christmas bet, has had something of a long legacy. Starting life as a Blacklist script by Jon Spaihts (Prometheus), the film was originally set to star Keanu Reeves and Reese Witherspoon before delays saw the two actors leave the project.

While that pairing seemed like a good match for the romantic interstellar tale, the project regained heat when Jennifer Lawrence and Chris Pratt signed on to play the leads and Morten Tydlum, hot off his Academy Award winning turn directing The Imitation Game, stepped in for Brian Kirk.

I read an early iteration of the Passengers screenplay (it's still online) and was very impressed with how it manages to blend the needs of a high concept romantic comedy with that of a space faring thriller - something this first trailer leads me to believe has remained intact.

Synopsis: Jennifer Lawrence and Chris Pratt are two passengers onboard a spaceship transporting them to a new life on another planet. The trip takes a deadly turn when their hibernation pods mysteriously wake them 90 years before they reach their destination. As Jim and Aurora try to unravel the mystery behind the malfunction, they begin to fall for each other, unable to deny their intense attraction... only to be threatened by the imminent collapse of the ship and the discovery of the truth behind why they woke up.

Do you feel this content is inappropriate or infringes upon your rights? Click here to report it, or see our DMCA policy.
2016Chris PrattJennifer LawrencePassengersScience FictionTrailer