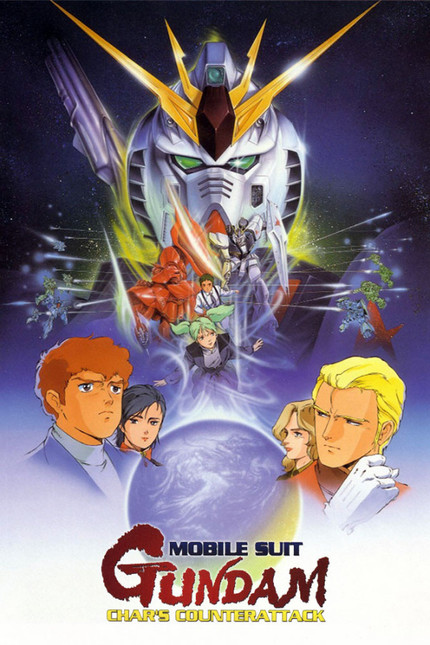 The timeline called the 80s was the most fantasizing entertaining time period that we in the 2010s must respect and be thankful because those fantasies still exist today. In early 80s came "Teenage Mutant Ninja Turtles" "Terminator" "Transformers" etc. But all these were influent by Japanese culture, toys and movies from Japan. Also the Japanese anime movies became the new kid in the block buster marketing with movies from Hayao Miyazaki, "Nausicaa", "My Neighbor Totoro" and "Grave of the Fireflies". And the big hit was the movie series Gundam, with a genre of war in space, action in sci fi setting, and a striking story between the rivalry of Amuro Ray and Char Aznable. Chars Counter Attack is one the best of the series and focus on a conflict of greed, hate and revenge.

When the remaining of the Mobile Suit Gundam is discovered, Amuro Ray and Chars rivalry continue with a new all out war called "the 2nd Neo Zeon War", but this time, Char is not aiming for the Earth Federation but on the entire planet Earth and its population. Meanwhile two earthlings by the name of Bright Noah and Quess Paraya, enter a space shuttle that fly them to the battleship where Amuro is boarded. Bright Noah is the son of Amuros 2nd in command Hathaway Noah. Noah tells Hathaway that his mother and sister is remaining on planet Earth which concerns Hathaway, because recently a giant meteor created by Char is heading its way to Earth and the damage it can make is permanent destruction. Bright and Quess takes a break and heading for the forest in an instructed planet where they meet Char. char seduce Quess with words that fits her heart, and she quickly betray Bright and join forces with Char. Will Bright forget about Quess and continue fighting for saving Earth, or will he risk his own planet for the girl who betrayed him?

the animation is different from the other Gundam series. In Char Counter Attack, the characters are more mature animated and more realistic look then the previous. The voice cast is well melted into their parts, specially Toru Furuya as Amuro Ray, and Shuichi Ikeda as Char. Some characters feels incomplete, for example Quess, it's never explained why she want to be with Char or why she is so mean as person, also Bright Noah is not well developed eather, he is just there as a love interest for Quess, and has no character development what's so ever. But the best part is the philosophy or the conflict in Chars mind, in the story he do all the bad things just because he lost a loved one and see Earth as a plague, like some dictatorship development, meanwhile Ray also lost somone but her choose more democratic development into life goes on, no need to hold a grudge against somone who wasn't there, and excellent world difference between good and bad. Also TM Network makes the best end credit music in history with the song Beyond The Time.

Gundams Char Counter Attack is rewarded with an 8.5/10.