BMW Films' THE HIRE Gets A New Chapter With Clive Owen 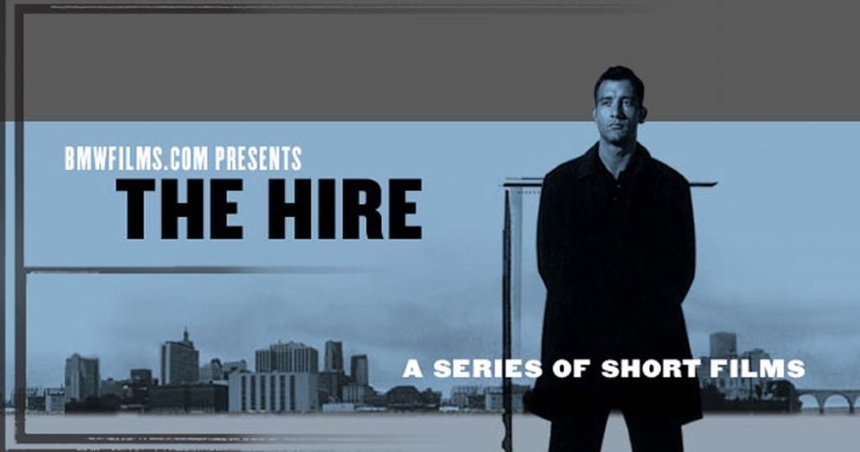 Back in 2001, automaker BMW spent a fair bit of money to hire A-list directors to write, produce and shoot a series of short films that had only one stipulation: Clive Owen had to drive a BMW in them at some point.

There were some interesting filmmaking milestones that came out of this art-meets-advertising endeavor: Tony Scott used his to pilot the visual style he would later use in Man on Fire and perfect (your mileage may vary) with Domino. Ang Lee used his as a wink and a tease for his upcoming film, Hulk. John Frankenheimer's ended up being the director's final film, and has a magnificent car chase, building on the work he did in Ronin. Wong Kar-Wai used it as a test bed for working in English and would make My Blueberry Nights shortly thereafter. John Woo, Joe Carnahan, Alejandro González Iñárritu, and Guy Ritchie also contributed films. And it is very likely that The Transporter franchise (and a scene from Collateral) exists due to these shorts.

Enough history. BMW has hired Neill Blomkamp to celebrate the 15 year anniversary of the successful series by adding a new chapter, that features, you guessed it, Clive Owen at some point driving a BMW.

The teaser is below, and the 10 minute short will debut on BMW.com on October 23.

In the mean time, have a look around the internet, the original 8 shorts are quite easy to find, and they are all excellent.

Do you feel this content is inappropriate or infringes upon your rights? Click here to report it, or see our DMCA policy.
BMW FilmsClive OwenNeill Blomkamp