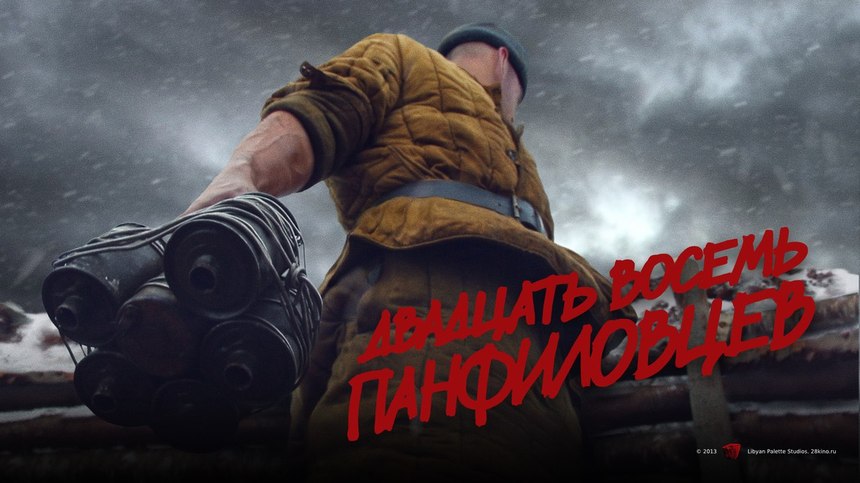 It was back in November that we brought the first trailer for upcoming Russian war picture 28 Panfilov. Produced by game developer Gaijin and financed largely through a crowd funding effort, the film is based on newspaper accounts of the 4th company of the 316th Infantry Division who - on November 16th 1941, under the command of General Panfilov destroyed eighteen Nazi tanks en route to assault Moscow. According to the report this feat was accomplished with just twenty eight men, all of whom perished in the battle.

Now, there are questions about just how accurate the reports of this story really were but regardless of how much they may have been buffed and polished at the time there's no denying that as a piece of cinema this looks to be hugely epic and heroic stuff. The production values are spectacular with the Gaijin team pushing the visuals just to the edge of stylized realism without ever quite tipping into what - for lack of a better term - is often referred to as video game territory. If you like watching things go boom, this looks like a really good one and with the theatrical release coming in November a second trailer has just arrived.

Check out the new trailer below!