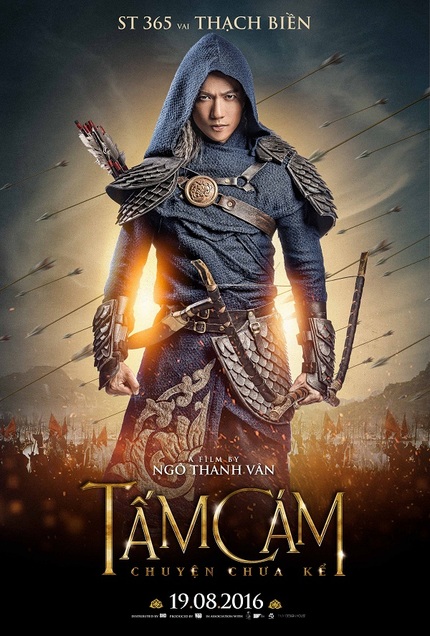 Best known around these parts for her key roles in Vietnamese action films The Rebel and Clash - both opposite screen fighter Johnny Tri Nguyen - singer, model and actress Veronica Ngo (Ngo Thanh Van) is adding 'director' to her already impressive resume with a big screen adaptation of a classic Vietnamese fairy tale with Tam Cam: Chuyen Chua Ke.

A classic Vietnamese tale with some obvious similarities to the Cinderella story, Ngo seems to be giving the story a bit of the Huntsman treatment with a glossy action-fantasy approach to a previously 'untold' part of the tale featuring large scale battles and some sort of angry, spindly legged cat creature. It's remarkably ambitious stuff for any director in Vietnam - well above the normal production scale there - never mind a first timer and the visuals appear quite strong.

A new trailer for the film has just arrived, with English subtitles included, so take a look below!

Do you feel this content is inappropriate or infringes upon your rights? Click here to report it, or see our DMCA policy.
actionFantasyngo thanh vantam camtrailerVeronica NgovietnamIsaacJunNinh Duong Lan NgocDrama