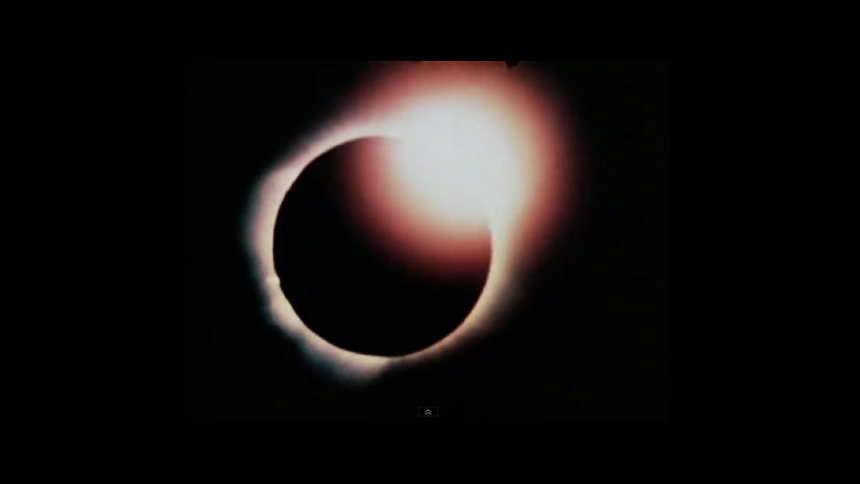 Where I live in Texas, it's incredibly hot and uncomfortable, so the very idea of attending classes devoted to studying film and pop culture in cool, cool London this fall sounds like a fantasy.

Yet it's a reality. Read onward for the details, provided through an official statement, and maybe pour yourself a cold beverage and dream a little dream of London, pop culture, and films, films, films...

The Miskatonic Institute of Horror Studies - London returns to the Horse Hospital for another semester of film and pop culture classes, with a 2016 fall semester lineup led by some of the genre world's most renowned critical luminaries.

Mark Pilkington (Owner of Strange Attractor Press, writer/director of MIRAGE MEN) launches the season in September with his lecture "Rituals in the Dark: Evoking Magic on Film". From the grit of medieval grimoires and spellcraft to the spiritual liberation of mid twentieth century witchcraft, this lecture will look at a number of representations of magic on film, from the silent era, through Expressionism, B-movies, the avant garde and into the mainstream.

He will be followed in October by visiting instructor Daniel Bird, whose studies in Poland led to his becoming the pre-eminent biographer of both Walerian Borowczyk and Andrzej Zulawski. In "Vulgar Structures; or Andrzej Zulawski's Love Triangles", he will use his intimate knowledge of the late Zulawski's work to look at the love triangle fundamental to all of Zulawski's films, and to square it with this remarkable director's life and loves.

In November, Warwick University scholar Catherine Lester will present "Little Terrors: Children's Horror on Film and Television". This class will explore in detail the area of horror films and television programmes created specifically for children in the UK and the US, with an emphasis on programming from the 70s and 80s.

And to close the season, the Horse Hospital turns into The Black Lodge when acclaimed horror author Maura McHugh visits from Ireland to bring us "Working the Blue Rose Case: Signs, Codes, and Mysteries in David Lynch's FIRE WALK WITH ME". Full course descriptions and instructor bios are available below.

Named for the fictional university in H.P. Lovecraft's literary mythos, The Miskatonic Institute of Horror Studies is a non-profit, community-based organization that started in Canada, founded by Kier-La Janisse in March of 2010. There are currently Miskatonic branches in Montreal and London, with a pilot season set to open in New York in fall of 2016. Miskatonic London operates under the co-direction of Kier-La Janisse and Virginie Sélavy.

All classes take place at the historic Horse Hospital, the heart of the city's underground culture. Registration for the full fall semester is £35.

Individual class tickets are £10 advance / £11 on the door / £8 concessions and will be available 30 days in advance of each class. See below for the full course descriptions.
For further information, images or interview requests, please contact Miskatonic.london@gmail.com

Step into the safety of the magic circle as Mark Pilkington explores how the myriad Western esoteric magical practices and traditions have been represented, enacted and portrayed on film.

As one might expect, depictions of magic on film have tended towards the lurid and sensational rather than the spiritual or the sublime but they also provide a useful reflection of popular attitudes and ideas about magic and, on occasion, the unorthodox beliefs and practices of the film makers themselves.

From the grit of medieval grimoires and spellcraft to the closeted exoticism and eroticism of early modern hermetic orders and the spiritual liberation of mid twentieth century witchcraft, we will look at a number of representations of magic on film, from the silent era, through Expressionism, B-movies, the avant garde and into the mainstream.
In doing so, we'll also learn something of the history of Western magics and their symbiotic relationship of influence with popular culture, and enjoy blood and fire, sex and sacrifice, great costumes, freaky dancing and all the spirits and demons that lurk in the heart of man. And remember, whatever you do, don't break the circle!

About the Instructor:
Mark Pilkington is the author of the book and documentary film 'Mirage Men' and 'Far Out: 101 Strange Tales from Science's Outer Edge'. He has written for The Guardian, The Wire, Sight and Sound, Electric Sheep, Fortean Times, Frieze and The Quietus amongst others. He founded and runs Strange Attractor Press and regularly speaks on esoteric and fringe culture topics. www.strangeattractor.co.uk / www.miragemen.com

Writer and filmmaker Andrzej Zulawski, who passed away earlier this year, worked in different genres: war films (The Third Part of the Night), gothic horror (The Devil, Possession), melodrama (The Most Important Thing is to Love, My Nights Are More Beautiful Than Your Days, La Fidelite), thrillers (La Femme publique, Cosmos), science fiction (On the Silver Globe), costume dramas (La Note bleue),crime films (L'Amour braque), erotic dramas (Szamanka) - even musicals (Boris Godunov). However, all of Zulawski's films share the same fundamentally vulgar structure: the love triangle. This class looks at the love triangle fundamental to all of Zulawski's films and squares it with this remarkable director's life and loves.

About the Instructor:
Daniel Bird is a writer, filmmaker, and one of the world's leading scholars on Eastern European cult cinema. He has curated numerous retrospectives, overseen film restorations, participated in DVD commentaries and is best known as the biographer of both Walerian Borowczyk and Andrzej Żuławski. Daniel Bird first interviewed Zulawski for Eyeball magazine with Stephen Thrower back in 1997. He organised 'A Weekend with Andrzej Zulawski', the first Anglo-phone overview of Zulawski's films, at the Cine Lumiere in 1998. The following year he visited the set of Zulawski's La fidelite in Paris and worked with with Anchor Bay Entertainment to release Possession on DVD in the U.S., for which he also moderated a commentary track with the director. Over the years he continued to work with Zulawski, liaising with festivals, distributors and producers on retrospectives, DVD releases and film projects. Last year he made the English subtitles for Zulawski's Cosmos and produced a restoration of On the Silver Globe.

Children and horror: two things that are usually not considered to go together. Very often, it is assumed that if children are exposed to horror, they will be psychologically 'corrupted' in some way, and so they should be protected from it at all costs. However, for many horror fans, our fascination with all things spooky began in childhood - whether because we watched something that we really weren't supposed to, or were introduced to horror through children's content such as Scooby Doo, Goosebumps, or classic Disney fairy tales like that scene from Pinocchio. With recent films such as ParaNorman, Frankenweenie and Hotel Transylvania, and children's toys like the Monster High dolls, horror for children is becoming increasingly mainstream.

This class will explore in detail the area of horror films and television programmes created specifically for children in the UK and the US. Aspects of this topic that will be covered in the class include:
How horror for children emerged and how the subgenre has developed and changed across time, from early cinema to the present day;
Key academic theories on or relating to frightening media for children;
The defining characteristics of children's horror stories on film and television;
How children's horror is able to be both 'scary' enough to be classified as horror, but 'safe' enough to be considered 'child-friendly';
Similarities and differences between children's horror and adult horror;
The possible functions and benefits that horror might provide children.

This class aims to show that the relationship between children and horror is as complex as it is fascinating and that, far from being incompatible, children and horror are actually an ideal match. Films and programmes discussed range from the popular to the obscure, the good to the bad, the expected to the unexpected, and the surprisingly disturbing to the downright fun. Examples may include Disney's The Watcher in the Woods, cult-favourite The Monster Squad, 70s CFF chiller The Man From Nowhere and the British anthology series Dramarama Spooky.

About the Instructor:
Catherine Lester is completing her PhD on the children's horror film at the University of Warwick, and has taught and spoken widely on this topic. Outside of this research, Catherine is interested in children's media culture more broadly, particularly in representations of gender and sexuality, and has done some recent work in relation to this on Disney's Frozen. In March 2016 she co-organised an academic conference on 'Girlhood, Media and Popular Culture, 1990-present' at Warwick. She has written film reviews and essays for the site alternatetakes.co.uk and you can find her tweeting about popular culture, feminism and occasionally her pet rabbits @CineFeline.

FIRE WALK WITH ME (1992, directed by David Lynch and co-written with Robert Engels) was created to address unanswered questions in the seminal TV series TWIN PEAKS (1990-91), but instead it offered more puzzles and dream narratives to confound viewers. Its premiere in Cannes was met with boos and jeers from the audience, but over the years critical opinion of this challenging film has matured and developed. Maura McHugh will explore the symbols and themes that underpin FIRE WALK WITH ME and TWIN PEAKS, and will offer you a refresher course in its characters and strange happenings in advance of the new series of TWIN PEAKS which will materialise in 2017.

About the Instructor:
Maura McHugh lives in the West of Ireland, and began her career in academia. Her first Masters examined Irish nineteenth century supernatural fiction (making her a life-long Dracula nerd). After a sojourn in IT she later explored her love of cinema through a Diploma in Film Studies followed by a Masters in Screenwriting. Her dark fantasy and horror short stories and non-fiction essays have appeared in magazines and anthologies in America and Europe. Her two collections - Twisted Fairy Tales and Twisted Myths - were published in the USA, and she's written award-winning comic book series, including co-writing Witchfinder with Kim Newman for Dark Horse Comics. Her short story 'Bone Mother' is being adapted into a stop-motion short film by See Creature in Canada. She has also served on the juries of international literary, comic book, and film awards. Her web site is http://splinister.com and she tweets as @splinister