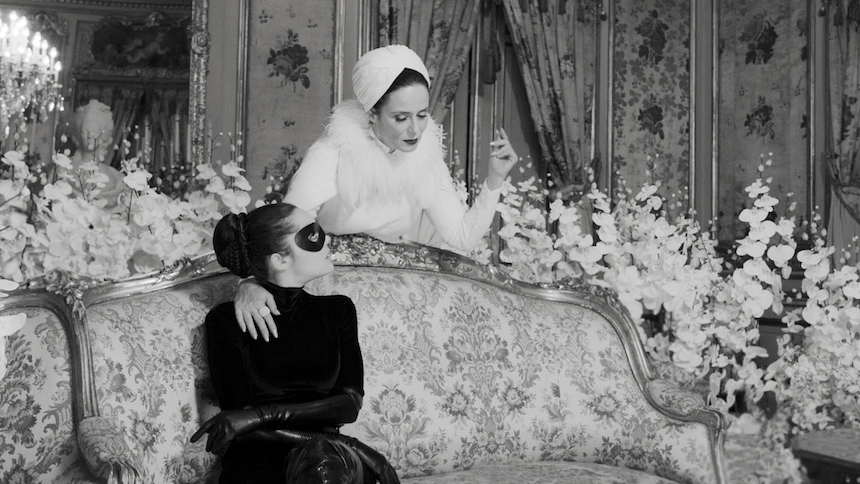 Over the years, I have learned to pay attention to the precise curation efforts that happen at Fantasia. The overall programing of the festival serves many masters, considering its three week length, and by nature can yield things both exceptional and run-of-the-mill.

Personal taste necessarily plays a large role in this. For example, the slasher, gorehound, and metal-inflected stuff typically leaves me cold. But the side-bar progammes, which bring the scale of things down to a more intimate degree, has always been suprising, such as the Lollywood sidebar in 2007; Serbian showcase in 2010; Mondo Manilla in 2012; and this year's tiny-yet-sensational Polish spotlight. (If you love sophisticated genre offerings, Demon, The Lure and I, Olga Hepnarova should all be added to your list of things to see.)

But there was another micro-curated section in the festival this year, a collection of short films selected from a host of female directors called Born of Woman. Even more specifically, the collection of films deal with the body, cerebral physical fetishes, and queer emotional landscapes.

The two stop-motion features (I have a fondness for the medium) stand out immediately. In Diane Bellino's The Itching, a nervous young wolf on her way to a party in the forest comes down with a furious case of skin irritation on her leg. Is it anxiety? The animation of the wolf's face is always twitching with possible beads of sweat; ambigously, these rivulets might be the fingerprints of the animator, but it works. After various solutions are tried, the milk of human kindness from her rabbit friends, more extreme measures are taken, answering the age-old question of any scratch: is it better to gently peel off the band-aid or quickly rip it off and be done with it? The twitchy animation here of the wound cased from excessive scrathing is a thing of beauty, nastiness, and well, and oddity unto itself. How we cope with the unknown of disease and the healing process are covered here in miniature. 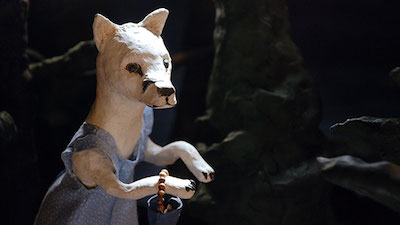 On the other end of the spectrum is Verena Klinger & Robert Banning's wHole. A woman missing her eyes gets the opportunity to see when her husband donates one of his to her. They make a happy couple briefly, and when seen in profile, look complete. But seeing the wonders of the world (and the glorious net of stars in the night sky) with one eye leads to temptation and vanity. Her theft of the other eye and the ensuing consequences speaks to the age-old phrase of curiousity killing the cat. Nevertheless, there is a tenderness in the animation here, and the nagging question of how relationships can be put to the test in cases of both abundance and scarcity.

In the Australian creepshow The Man Who Caught A Mermaid, we see male vice tempered with female suffering. An old fisherman catches and keeps a mermaid (one of exceptional old-school prosthetic work) in his garage. He hides his treasure from his wife, who is confused by his sneaking about and missing appointments, while he figures out how to keep it alive away from the sea. Needless to say, the wife figures out a few objectionable things about her crazy husband upon discovery of the creature, and the audience gets a sharp fracture to the exectations of the genre. Along with Stephen Chow's The Mermaid and Agnieszka Smoczynska's The Lure, this year has been a diverse spectrum for resurrecting mermaids on screen.

In the melancholic (but nevertheless kind of funny) Static, an old man wants to hold onto his aging black-and-white television, even as it starts bleeding fluid onto his carpet. Nobody, including his adult son nor the local TV repairman, wishes to help him fix it, telling him it is easier to replace than to bother with fixing. This is a splendid metaphor for our youth-driven western society that is content to discard things (and people) rather than replace them or figure out what makes them work in the first place. It speaks to generational gaps and life experience of independance and the loss thereof. In short order, it does so with fair amount of blood and grace.

In Maria Wilson's gorgeous upstate New York tale of a modern young witch Venefica, mist clings to the lakes and the silence is supreme, until it is not. Nervously smoking a cigarette, and getting static from her mother via incessent calls on her iPhone, things are a mixture of the mundane and the profane as the young witch of colour performs old rituals in the hopes of an answer. I could personally do without people being tied to chairs and tortured in cinema altogether from this moment forward. It's been done too much, and has become deeply uninteresting. However, the giddiness of the ending and the comedy of juxtaposition accomplished here certainly begs a little forgiveness of my personal pet peeves in genre cinema!

Special-effects driven Shorty, where a black widow-ish alien tries to maintain a visage of humanity via murder and body injections, is memorable more for its ingenuously awkward human interactions laid bare, than for its Cthulhu-fetish costuming and attitude. And short but aberrant, Skin, offers its own peculiar fetish in how it looks at cheating, where a man and his mistress exchange cast-off skin and hair to tide themselves over between illicit encounters. It is rather slight, but it will make your gag reflex jump without the use of any loud noises, only the quiet perversions of the human experience. 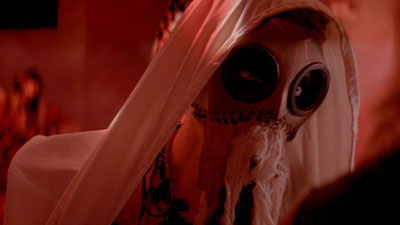 In Jill Gevargizian's exceptionally glossy The Stylist, a beauty salon employee takes role-playing way too far with one of her ambitious clients. Lighting, make-up effects, and production value of the film's two locations are all top-notch. Oh my --- that overhead money shot! It seems only a matter of time before the director and her team move towards making a feature along the lines of Lucky McKee's May, David Cronenberg's Dead Ringers or Tobe Hooper's The Texas Chainsaw Massacre, because either direction (and perhaps several less obvious avenues) seem altogether possible.

The most abstruse short of the programme was certainly Alice Waddington's handsome, sardonic Disco Inferno. It is a black-and-white pastiche of several eras of cinema: the 1970s drive satanism b-pictures; 1960s campy science fiction double features with echos of both Mario Bava and Dario Argento; and cuiriously (but certainly delightfully) the 1920s French silent serials in the vein of Les Vampires. Disco Inferno is baroque to the max by way of dense production design, exquisite costuming and precise framing. The devilish heroine in a black catsuit is often flanked by floating, back-lit white gowns. This makes the monochrome cinematography positively swoon. Sensation and image trump continuity and sense, but it is of no matter, as the film is arch and contradictory in so many ways. When the earnest camp (paradox) gets to the point of becoming distancing, Waddington yanks away the artifice for a singular comedic beat that might make dime-store feminist Joss Whedon stand up and applaud.

Sharp, playful, and confident, there were few weaknesses in this programme, which I hope becomes a regular feature at Fantasia. For those who want a taste of what the upcoming XX anthology might offer, or better yet, what up-and-coming female directors in the genre space will no doubt offer moving forward with their art, this programme brought the noise without hammering home the gender-politics. This is great pop-art moving forward at speed.

Do you feel this content is inappropriate or infringes upon your rights? Click here to report it, or see our DMCA policy.
Fantasia 2016short film showcase