Destroy All Monsters: Was This The Worst Summer We've Ever Had At The Movies? 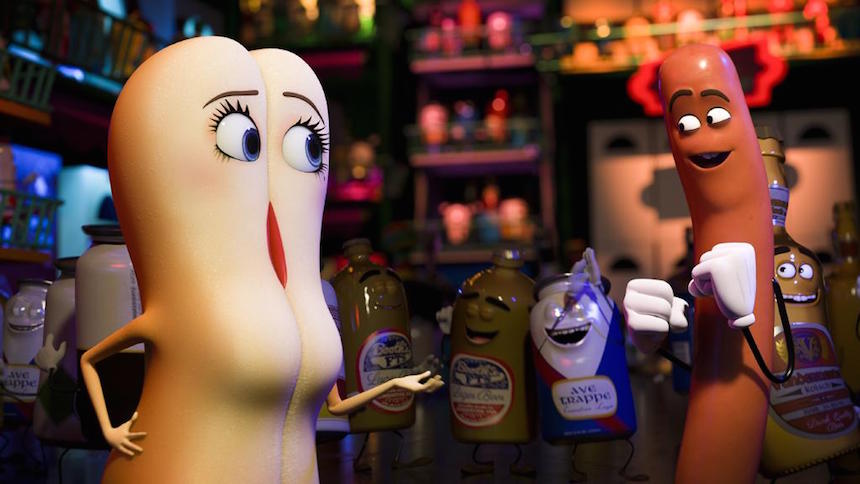 The summer is dwindling to a close and film folks are taking stock of the season, both financially and creatively. It's looking tepid on both fronts. We'll lose some franchises that shouldn't have come as far as they have; and the writing is on the wall for the dominant genre of the moment: evolve or die.

Now, I can handle bad movies. As with a lot of film people, I can find them deliriously entertaining or forensically fascinating in ways far removed from their star rating on Letterboxd.

Also like a lot of film people, I suspect, I don't actually see that many bad movies any more. I know what they look like - I can see 'em coming a mile off. And I no longer feel like I "owe" any of my favourite franchises another kick at the can just because they set the can up again (looking at you, Jason Bourne).

I know what kind of a mood I'd have to be in to want to go to see a bad movie (looking at you, Warcraft). I've got a long watchlist of movies I could be watching, or even re-watching, before I'd toss a couple hours down the piss-smelling open sewer pipe of a bad night at the movies. So no, proportionally speaking, I don't see a lot of bad movies any more.

For the summer crop of 2016, this translated to: I didn't see a lot of movies, period. Because this summer sucked.

Every summer season brings with it the requisite number of think pieces that mainstream filmmaking has hit its new, all-time low. Mainstream films are too big, too loud, too stupid, whatever else. Copy, paste, rinse, and repeat.

I don't go in for this line of reasoning, myself. For one thing, I don't think I could actually write this column at all if I actually thought blockbusters were, in general, garbage (or at those writers' most charitable, "junk food"); or if I thought superhero movies, as a genre unto themselves, were intrinsically responsible for the death of cinema; or if I believed any of the other elitist nonsense that "cineastes" like to toss around whenever Suicide Squad doesn't turn out to be the reincarnation of Ingmar Bergman. (And if it were: who'd want to watch it, anyway?)

No: mainstream pop art is as substantial a part of the art form as a whole as any other part. It tells us a lot. It pushes icons and iconography, identities and identification, around the game board in ways that diagram directly the way we think of ourselves as a wider culture.

Pop culture tells us a lot precisely because it's believed to be inconsequential; we learned more about the modern American psyche with the one-two punch of Star Trek Into Darkness and Man of Steel in 2013 (with a glib joker card by way of The Lone Ranger, one month later) than we did at either that year's Oscar ceremony or via Sundance hot tickets.

Sure, there are on-seasons and off-seasons. 2014 had a perplexing fascination with the futility of the human race fighting the end of the world (Dawn of the Planet of the Apes and Godzilla both dryly argued for mankind's ineffectiveness, by way of irrelevance); 2015 had one white-hot drive through the Namibian desert clawing back decades of institutionalized cinematic misogyny, but not much else to recommend it.

This year, though? Holy cow, this year. The summer of 2016 was some terrible, terrible times at the movies.

Hollywood has been an on-again, off-again well-oiled machine for the majority of the last century. It stumbles every now and again. Sometimes it stumbles for a brace of years, or even a decade. For the most part, though, Hollywood is really good at turning out exactly what Hollywood is in the business of creating: lovingly manicured, highly detailed, escapes from real life.

Something ain't running so well in the machine lately, though. Part of it is purely structural, as I discussed a bit last week: the brand-forward, concept-first, release-date-before-anything-creative-has-been-done approach to filmmaking is, well, chancy at best.

We saw a lot of that system failing this summer; a lot of movies where the responsible parties at the studios had checked all the above boxes ("Recognizable brand? Check! Tentpole in a summer several years from now? Check and double check!!") but not stopped for a minute or two to wonder aloud whether anyone really wanted the movie they were making.

Sequels to the Bourne trilogy, the Teenage Mutant Ninja Turtles reboot, the Alice in Wonderland live action movie, and a follow-up to the X-Men film that should, by rights, have been the conclusion of that whole series? You guys spent how much on those dead-upon-conception projects?

The outcome of all this? Simply, that the Hollywood engine has managed to decimate one of its primary financial and experiential movers: the "event" movie. I don't think, after 2016, that "event" movies can be said to exist any more.

It's not hard to imagine, or foresee. Stacking a season with a tentpole per weekend (or sometimes three or four) means even the term "tentpole" doesn't make sense any more; we now have so many tentpoles we no longer have room for the tent. Or anyone inside the tent. Or anything else, really.

These aren't events any more, and audiences noticed (and shrugged). Hollywood has so spectacularly devalued its own currency of attractions that I'm pretty confident that unless there's another really good Star Wars movie, most audiences would absolutely be forgiven for just not bothering any more.

But let's talk about that idea of what Hollywood has nominally been great at giving us: those lovingly manicured, highly detailed, escapes from real life.

Who on earth would want to escape with the weak-sauce, dismal crap they've been shoving down our throats this year?

Escapism has to be romantic, it has to be attractive, and it has to be fun. Fun was a massive gap in the field this year. ("Laboured" might be the better descriptor for most of these films.)

Remember fun? Summer movies used to be built on fun. Summer movies used to feel like summer sunsets and smell like hot buttered popcorn, and that was a good thing -- they were a psychological breakwater in an overall year, and part of the process by which we all took our shoes off and mentally relaxed for a month or two.

Back in 2014, Guardians of the Galaxy minted a fortune because after three months of watching the human race get wiped out over and over again, people wanted to just kick back and listen to a mix tape with a talking tree and a raccoon. And who could blame them?

Suicide Squad tried the exact same move this year, except you can't un-GrimDark a Zack Snyder Grimdark Production(TM). The audience was begging for it -- a year's worth of excellent Suicide Squad trailers all but promised it -- and no one at Warner Brothers could figure out how to deliver a single, solvent joke? In a movie featuring a character called the Joker?!

I found Ghostbusters fun as a bag full of superballs, but it clearly wasn't the kind of fun most people were looking for there (if they looked at all). The best comic book movie of the season contained the twenty most fun minutes in any Marvel movie so far, but ensconced them in a two-hour wraparound of men brooding (and Steve and Bucky making eyes at each other).

Where's the fun, Hollywood? When did the lightweight thrills of a Jurassic Park become the leaden franchise-dependence of an Independence Day Resurgence? How can anyone think an ugly, unintelligent mess like Warcraft could make bank in a season that once gave us The Dark Knight?

Why are the only childrens' movies making earnest efforts at wonder and uplift (Pete's Dragon, The BFG) the ones that no one was marketing, talking about, or bothering to see? Hooray for Finding Dory, honestly; but that feels more like the family audience having no idea where else to turn, rather than a Toy Story 3 style cultural event. That's not fun; that's "what the hell are we going to do with the kids this weekend."

Why was the best, absolute best, fantasy adventure movie for adolescents this year an 8-hour Netflix TV series set in 1983? Remember when E.T. was an experience you had at the movie theatres, rather than sitting on your couch eating Eggos?

Hollywood's bought and paid for every failure they've had this year, and all the lost audiences of the years to come, with their own myopic view of how to make this scale of motion picture.

I could go on, but it all just starts to sound like "back in my day" griping. It's not, I swear: it's the simple suggestion that people who make movies start worrying less about, I dunno, how comics-accurate a character's costume is, and more about whether the total, two-hour package promises audiences, couples, families, gangs of kids, senior citizens, and anyone else, a good night out at the movies, that will make them want to do the same again next month. With hot buttered popcorn, and an ice cream afterwards.

Do you feel this content is inappropriate or infringes upon your rights? Click here to report it, or see our DMCA policy.
Ghostbusters 2016Jason BourneSuicide Squadsummer 2016