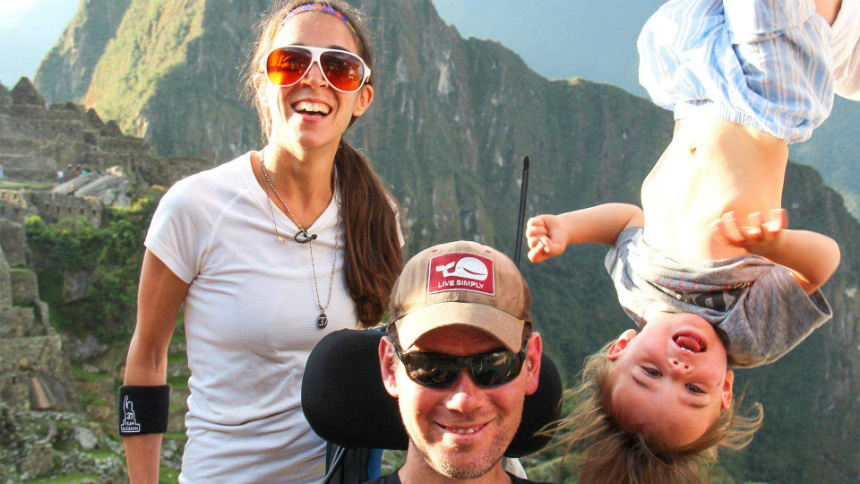 Clay Tweel has been involved in some of the most entertaining documentaries in recent years including his producing role in The King of Kong, right up through his directing turn on both Print the Legend and last year's brilliantly witty Finders Keepers. Tweel's latest documentary Gleason is a shift away from the light-hearted tone of those previous films and into much more somber and emotional territory. This change in no way makes the film less effective as the result is one of the most impactful and emotionally affecting documentaries in recent memory.

The titular Steve Gleason is probably best known as a special teams player for NFL team the New Orleans Saints. Though not a star player, Gleason was responsible for a key punt-block that was returned for a touchdown in the Saints' first game back home after Hurricane Katrina. Because of that, Gleason became an emotional hero in the city, even after leaving the game.

Not long after that retirement, Gleason was diagnosed with ALS, a debilitating neurological disease that within a few years of diagnosis, robs the person affected of their ability to walk, control other body functions, and eventually even breathe. A few weeks later, Gleason and his wife Michel learned they were going to have a child. Because of these two life changing discoveries, Gleason decides he's going to start recording video diaries for his unborn child.

The film plays as a combination of these video diaries along with footage shot by the filmmakers. Over the months that follow, we watch as Gleason begins to lose control of his body. He struggles with the loss of movement and his speech but also thrives through the creation of a foundation to help those affected by ALS and the excitement of the impending and eventual birth of his son, River.

The relationship that forms between Gleason and his son and the exploration of the relationship between Gleason and his own father becomes the central theme of the film. In a movie filled with tear-jerking scenes, it's these moments of father-son strife and reconciliation that cause the most emotion (at least for fathers and/or sons, one might guess). Throughout the ordeal, Gleason's wife Michel is a rock. But her moments of frustration and questioning play just as emotionally devastating.

Even in the more light-hearted subjects of Tweel's previous docs, this sense of emotional resonance was mighty. But Gleason represents a step forward in that emotional maturity. What's clear is that through all the tears, Gleason is a story of hope and perseverance -- and a true triumph of filmmaking for Tweel.

Review originally published during the Sundance Film Festival in January 2016. The film will open in select U.S. theaters on Friday, July 29.

Do you feel this content is inappropriate or infringes upon your rights? Click here to report it, or see our DMCA policy.
ALSClay TweeldocumentarySeth GordonSteve Gleason