DANUR: Get Creeped Out By The Trailer For Indonesian Horror 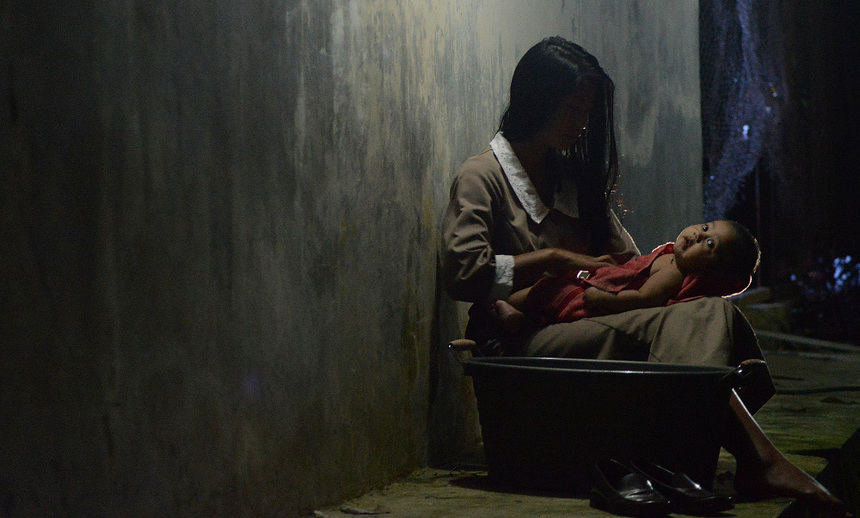 We last heard from Indonesian filmmaker Awi Suryadi in the fall of 2015 with his evil clown film Badoet spreading evil thrills around the globe and following on the success of that picture Suryadi has opted to stay in the horror genre with his next film as well - the currently in post production effort Danur.

Little Risa is lonely. Her father is working in a foreign country and her mother is kept busy between taking care of her sick grandmother in the hospital and her job as a public servant. So Little Risa is spending her school holiday mostly alone in her grandmother's big house. When her mother misses her 8th birthday, Little Risa wishes for a friend. As soon as she blows the candle, she hears a little boy singing...

That night, Little Risa meets three little Dutch boys playing hide-and-seek in her grandmother's closet. They introduce themselves as Peter, William and Janshen. Her wish for a friend has been granted threefold. She doesn't care that her mother can't seem to see her new friends, their friendship is real to her. Until one night her mother comes home with a paranormal and he opens her inner eye... Little Risa finally sees her friends in their true form.

9 years later. Risa is a teenager and she hasn't seen her childhood friends since that night. She has to return to her grandmother's house to take care of her until a replacement nanny arrives. Upon the nanny's arrival, strange things start to happen and Risa just might need her childhood friends more than ever.

We're told the title essentially translates to 'corpse juice', which gives you a sense of where things are going here and the keen eyed among you will spot a familiar face with the charismatic Shareefa Danish - best known in these parts as the lead in the Mo Brothers effort Macabre - in a key role.

And does that mean that there's something here to see? It does indeed! ScreenAnarchy is very pleased to share the first trailer for the film, with English subtitles included. It's a good one, boasting very high end production values and some good jumps. Check it out below!