THE RAID Is Bringing The Bats, Hammers And Mad Dogs To Titan Comics 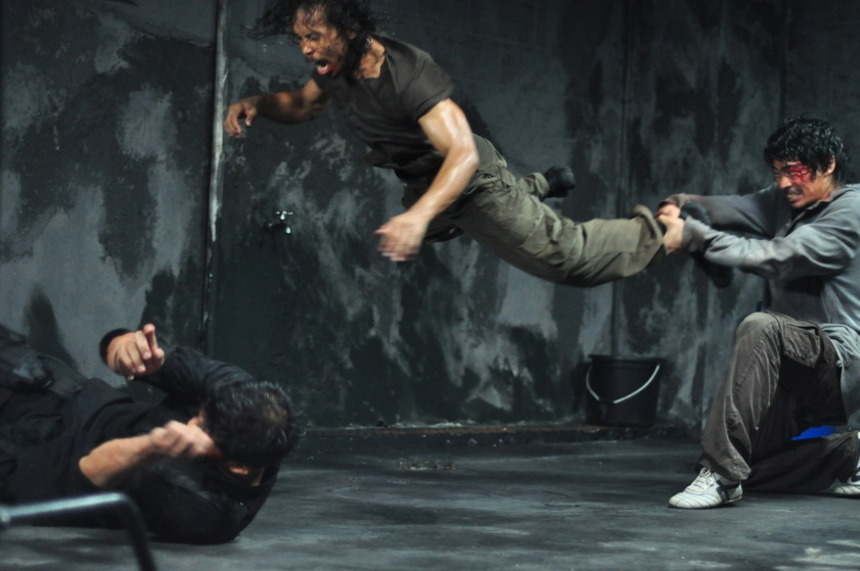 While we may not have a remake of the first film or a third installment of director Gareth Huw Evans's cult hit action saga, The Raid, happening anytime soon or just yet, there are still other means being looked at to keep the fervor going. The Hollywood Reporter has it on good terms that Evans himself is teaming up with Titan Comics and XYZ Films for a comic book spin-off inspired by the original 2011 film and its subsequent sequel.

"Gareth is a visionary and a huge talent," says Titan editor Martin Eden. "It's a pleasure to work with him on developing his characters for the comic book page. We promise to deliver the same thrilling, fifth-gear adrenaline that fans have come to expect from the franchise."

A team for the forthcoming comic expected to be announced soon. In the meantime, fans of the franchise can still expect a few of its stars - Iko Uwais, Yayan Ruhian, Julie Estelle and Cecep Arif Rahman for several other films thereafter, including the Mo Brothers' Headshot, Liam O'Donnell's Beyond Skyline, Peter Berg's Mile 22, Kellie Madison's The Gate and veteran producer Mario Kassar's upcoming sci-fi action prospect, Foxtrot Six. Stay tuned!

Do you feel this content is inappropriate or infringes upon your rights? Click here to report it, or see our DMCA policy.
gareth huw evansthe raidtitan comicsxyz films