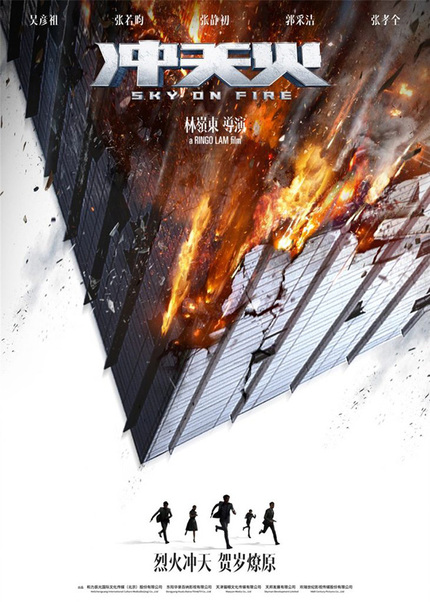 He's set a City On Fire, a School On Fire and a Prison On Fire (twice) and now iconic Hong Kong action director Ringo Lam returns with his latest effort Sky On Fire.

Sky On Fire is the latest entry in Lam's recent late career resurgence. After a lengthy period of near inactivity that saw him participate only in the anthology project Triangle between 2003 and 2015 effort Wild City - a major gap for a director who had previously turned out 22 titles between 1983 and 2003 at a remarkably steady pace of work - Sky On Fire is now Lam's second film in two years with work also proceeding on Eight & A Half, another anthology project  also involving Anne Hui, Tsui Hark, John Woo, Johnnie To, Yuen Woo-Ping, Sammo Hung and Patrick Tam.

Daniel Wu stars here as a security agent tasked with protecting a research scientist who people very clearly want to blow up. Because explosions are the best way to stop science. Simon Yam, Amber Kuo, Gordon Lam and Joseph Chang also star. Watch the teaser below!

More about Sky On Fire