NYC Happenings: "Tales of Cinema: The Films Of Hong Sang-soo" Explores A Subtle And Sublime Body Of Work 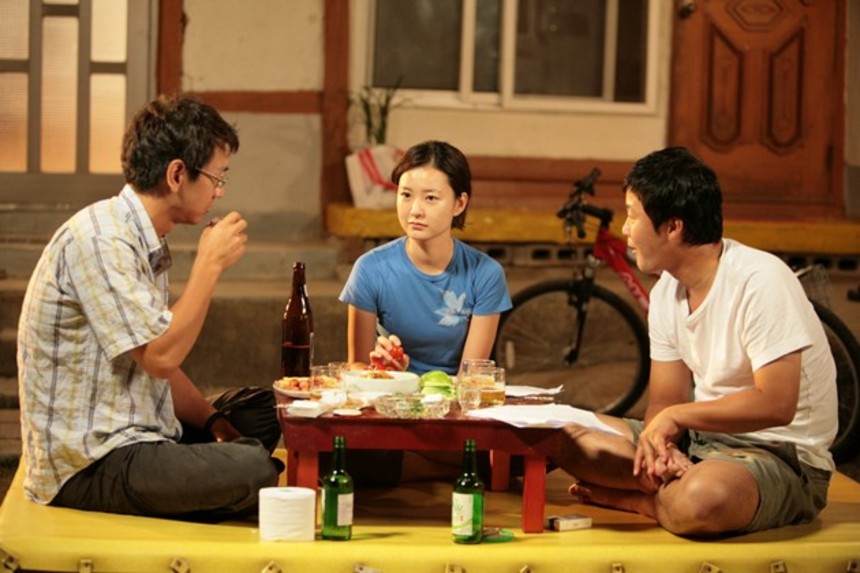 Over the course of two decades, South Korean auteur Hong Sang-soo has created one of the most rigorous and refined, subtle and sublime, oeuvres of world cinema history.

From his debut feature The Day a Pig Fell Into the Well (1996) to his most recent, Right Now, Wrong Then (2015), Hong has spun literate, witty, and narratively playful tales that are often deliriously drunk on both soju (the ubiquitous Korean rice-based liquor) and cinema itself. In Hong's films, romantic complications, rueful regret, mortifyingly awkward, boorish, and impulsive behavior (mostly on the part of men), lots of idle time, and recurring patterns of words and action make up the rich fabric of his inimitable cinematic art.

Because of the admittedly - and superficially - similar nature of many of Hong's characters and basic situations, usually involving film directors, film students, professors and critics, and other academics and artists of similar milieus, some folks will tell you that Hong just keeps making the same movie over and over again. But that's just crazy talk; don't believe them.

A closer look at Hong's films reveal much more than there may appear to be on the surface. In much the same way that a scientist's microscope reveals teeming molecualr worlds below what seems to be a placid surface to the naked eye, Hong's close examinations of filmic narrative and the vibrant human comedy played out by his assortment of characters uncover infinite possibilities for meaning and beauty. This is what makes Hong's works so endlessly fascinating, and what makes them so richly rewarding for those willing to look deeper along with him.

"Tales of Cinema: The Films of Hong Sang-soo," screening at the Museum of the Moving Image from starting today, June 3, and through June 19, is a long overdue complete retrospective, programmed mostly chronologically, allowing viewers to fully experience the development of Hong's art and craft, and how ever more refined, and often self-reflexive, his filmmaking process has become over the years. This retrospective consists of 16 features, not including his 17th and latest feature Right Now, Wrong Then, which will be released in the US on June 24.

For many viewers, these films will be rarities, as many of Hong's features have never received a US release, and many of these will be presented in 35mm prints imported from South Korea. Immersing oneself in Hong's unique cinematic universe will be an experience not soon forgotten, and one that will be long treasured.

Full details of the retrospective are below. For more information, and to purchase tickets, visit the Museum of the Moving Image's website.