Inoue's LONE WOLF AND CUB: FINAL CONFLICT Gets An English-Language Remake In 2017 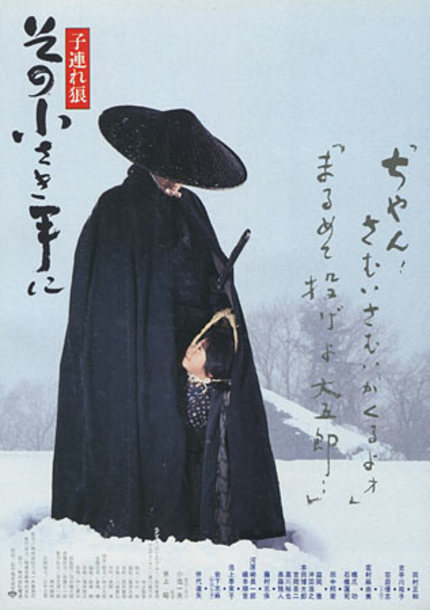 The epic ronin tale is set in the Tokugawa shogunate era and tells of Ogami Itto, the Shogun's elite enforcer and executioner who journeys the land with his only son to redeem himself and avenge the death of their family following a treacherous conspiracy at the hands of a rival clan. Interestingly enough, Justin Lin, the current director of Star Trek: Beyond as well as many a Fast And Furious and upcoming sequel, Space Jam 2, was once posied to direct an adaptation of his own he had reportedly been developing since summer of 2011 for Kamala Films.

Paul who is also producing a remake of Tekken following events at last year's Cannes, is among the producers behind the March 31, 2017 release of Rupert Sanders's manga/anime adaptation, Ghost In The Shell for Paramount Pictures. In the meantime, Lone Wolf And Cub: Final Conflict currently awaits news on a director and cast while it is noted that an essentially Japanese cast will headline its English-language treatment.

Frankly, after Crouching Tiger, Hidden Dragon: Sword Of Destiny, I'm not entirely sure how I feel about this being remade in English, though I have my own ideas on who I want to see starring. I would gladly watch it in Japanese with subtitles as I'm sure many among my niche would, but, how do you all feel about this movie? Share your thoughts and comment below!

Do you feel this content is inappropriate or infringes upon your rights? Click here to report it, or see our DMCA policy.
ChanbaraFinal ConflictGhost In The ShellLone Wolf And CubSP International PicturesSteven Paul