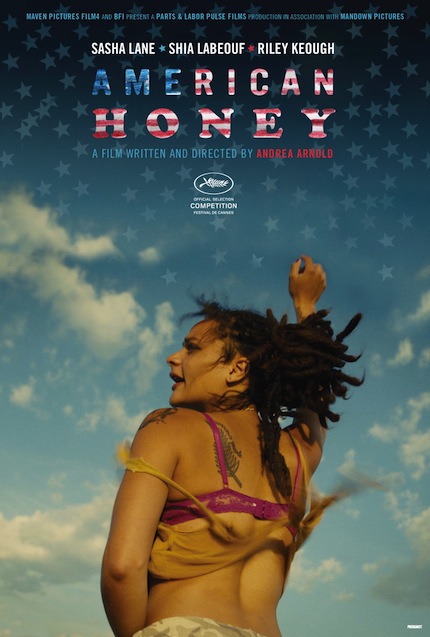 Our own Ryland Aldrich declared the film "so touching, optimistic, and just plain beautiful [...] a feat sure to be appreciated and revisited by filmmakers and film viewers of this generation and for generations to come." High praise to be sure, but then again this is Andrea Arnold, arguably one of modern cinema's greatest voices, from the creeping trauma drama Red Road to the exuberant Fish Tank and a feverishly poetic Wuthering Heights adaptation.

Charting the journey of a young woman named Star (Lane) as she travels across America making money, the first trailer for American Honey bursts with angst, aggression, dreams and danger. I for one can't wait. What about you?

Do you feel this content is inappropriate or infringes upon your rights? Click here to report it, or see our DMCA policy.
a24american honeyAndrea Arnoldriley keoughsasha laneShia LeBeouf