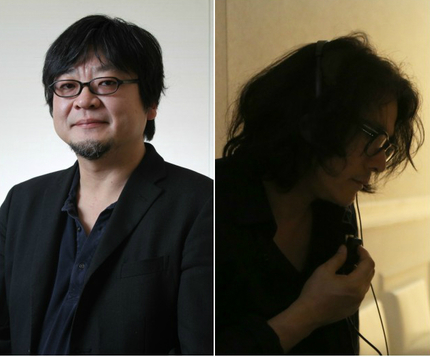 Early news has arrived from Tokyo International Film festival as they announce major retrospectives from two of the country’s most compelling filmmakers.

Animation maestro Hosoda Mamoru’s star has been on the rise for some time now. From 2006’s The Girl Who Leapt Through Time through Summer Wars, Wolf Children and last year’s smash hit The Boy and the Beast, the inventive director’s work has gone from strength to strength. Often compared to the legendary Miyazaki Hayao, the crossover appeal of his work and increasing box office returns, as well as the beauty and vision of his work, sees the comparison increasingly justified.

The festival’s special focus on Japanese Animation began in 2014 with Evangelion creator Anno Hideaki, followed by a program on influential series Mobile Suit Gundam last year. In The World of Hosoda Mamoru, all the director’s major works will be screened.

Iwai Shunji has been churning out critically acclaimed indie hits and amassing a dedicated cult following for over three decades now. After garnering a reputation for his commercials, music videos, and television dramas, Iwai scored an early hit with Love Letter. The likes of Swallowtail Butterfly, All About Lily Chou Chou and Hana and Alice followed, cementing his reputation as one of Japan’s leading auteurs.

Iwai will be featured in the Japan Now section, which aims to “display the diversity of Japanese film and convey unique facets of Japanese culture, as well as providing a multifaceted look inside today’s Japan.” Last year, internationally acclaimed directors including Kore-eda Hirokazu, Sono Sion, Shinya Tsukamoto and Yukisada Isao were featured.