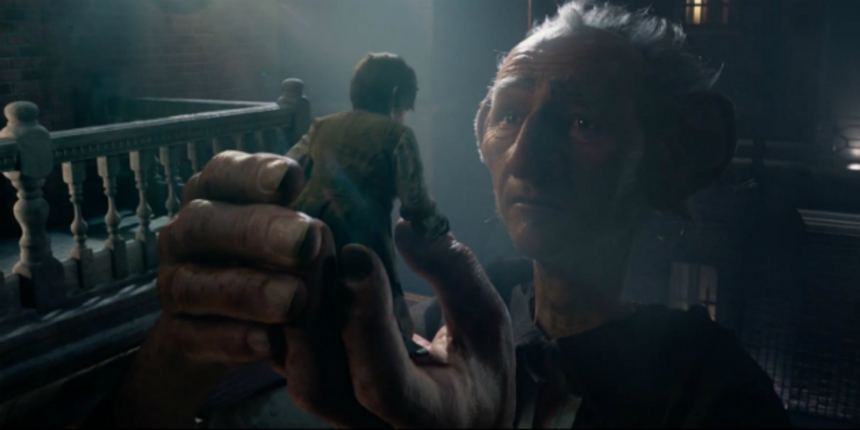 Once upon a time Steven Spielberg was the fabulist of our time. Looking at Close Encounters or E.T. or even Jurassic Park and A.I., you could see a sense of wonder and playfulness in his filmmaking, a childlike enthusiasm that never felt pandering or out of place.

While the last few years have seen Spielberg in production mode for megafranchises (i.e. Transformers) and whittling away at history (Lincoln, Bridge of Spies) his true flights of fancy have been less overt. Save for an underappreciated The Adventures of Tintin, we've been seeing a lot more of a serious side of the director.

It's all the more fitting, then, that The BFG finds Spielberg returning to his overtly childish ways, finding a particularly genuine and effortless way to get in the mind of a young girl protagonist and take audiences along the ride. One only need look to hapless attempts to do the same (looking at you, Alice Through the Looking Glass) to see how hard it is to pull of this magic trick effectively. But Spielberg was always a talented magician, always able to have audiences drawn in to his tales on the levels he wished.

Based on the beloved book by Roald Dahl, and scripted by the late Melissa Matheson, who helped bring E.T. to life, the film feels both fittingly Spielbergian and an appropriate translation of the short novel to the screen. Mark Rylance, Steven's new BFF and collaborator, plays the titular Big Friendly Giant, and the animation incorporates many of the performer's facial quirks. It's a stretched, distorted giant that at times works brilliantly and at others veers towards uncanny valley territory. For the most part it works, and it seems more effective in the larger, more beastly giants (one voiced to perfection by Jemaine Clement).

The book is a weird one, shifting in tone throughout, and the film has to keep up in the same way. It takes a while to get from the Dickensian orphanage to where things go from somber to silly, but with a little patience audiences are soon rewarded. The major setpiece of expectoration in the presence of royalty is intact, and Penelope Wilton makes a mighty fine monarch. Newcomer Ruby Barnhill is precocious without being obnoxious, and the whole thing feels towards the end an effortless fable.

In development for decades, the film does feel a bit out of time set against pop-culture strewn children's entertainment. The pacing might be a bit slow, the dark elements just a bit too scary for a coddled youth. Yet while The BFG is hardly without its faults, it's quite excellent at what it's doing, providing an old-fashioned yarn without ever feeling archaic.

Spielberg's infectious sense of play is evident throughout, and while for some the film make come across as childish and slight, for others they may just find this unconventional love story, the adoration of a grandfather figure for a granddaughter, the perfect antidote to the otherwise disposable dreck thrust at youth this summer.

Do you feel this content is inappropriate or infringes upon your rights? Click here to report it, or see our DMCA policy.
Cannes 2016Mark RylanceRoald DahlSteven Spielberg

More about The BFG