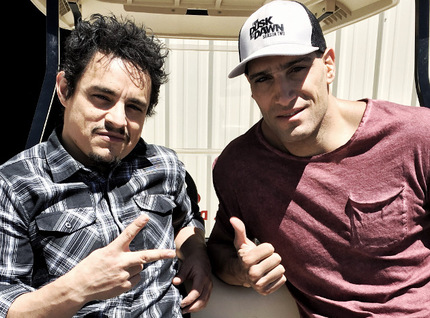 It would appear that From Dusk Till Dawn series creator Robert Rodriguez and Chilean martial artist Marko Zaror have got a little bromance going on and, really, who can blame them? After first using Zaror for a key supporting part in Machete Kills Rodriguez quickly brought him back to fight Michelle Rodriguez in a music video he directed for Demi Lovato and now ScreenAnarchy has learned that Zaror has joined the cast From Dusk Till Dawn for the upcoming third season.

While we don't really know anything about overall storyline what we do know is that Zaror's character is an Aztec jaguar warrior and that it will be a recurring part. So we can safely assume that there will be many asses kicked in the new series. Any fans of the show out there? Tell us how you think Zaror may fit in!

Do you feel this content is inappropriate or infringes upon your rights? Click here to report it, or see our DMCA policy.
from dusk till dawnmarko zarorrobert rodriguez