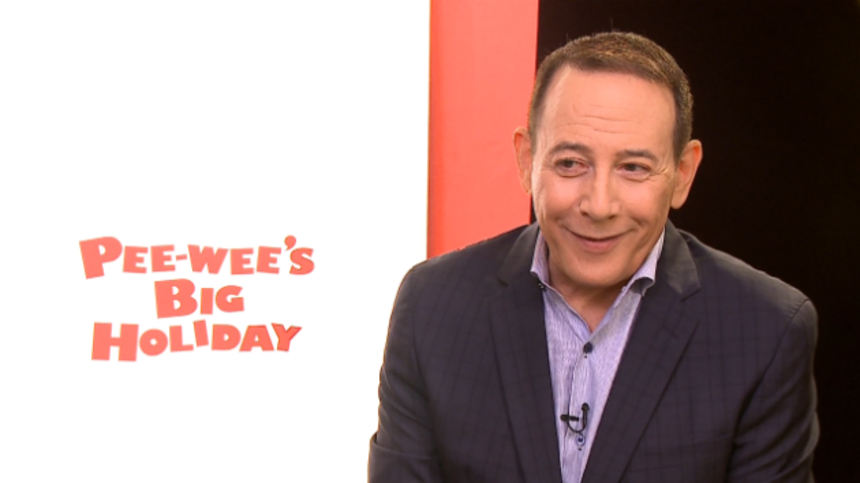 You can search the wide world over, but you’ll never find a man like Pee Wee Herman. He’s sweet, innocent, lively, potentially insane, but chock full of heart. It’s difficult to speculate how Herman was able to construct such an inventive, thoroughly wacky playhouse, but one thing is certain: the man-child known as ‘Pee-Wee’ is a genius.

Lately, Netflix has been the saviour of many beloved shows and films of olde from Mr. Show to Wet Hot American Summer to the better-than-it-should-be Full House. They bring hope to all that was thought lost, especially those relics so ahead of the game, they only found their audience with the benefit of time and the appreciation of future generations.

Pee Wee is absolutely due for such a resurgence and, thus, a perfect candidate for a new BIG adventure. Most people of my generation remember the man through the lens of our childhoods, but one thing that’s become evident with age is that Pee Wee was such a success because even though it was for kids, it also wasn’t.

I know I’m not the only one who romanticizes the often dark quality of childhood entertainment of the 80s and I’d say the most admirable aspect of that not-entirely shiny tone was that these were works that didn’t condescend to children with safety. I can think of one particular scene in Pee Wee’s Big Adventure that I found especially unsettling. Did it scare the crap out of mini-me? Absolutely. But I respected it for that and though I didn’t grasp it at the time, I’m a better person for it.

Pee Wee may be something of a child, but that doesn’t mean he talks down to kids, nor does it make his world purely for children. Therein lies his brilliance. Pee Wee is more like a friend and one very much vulnerable to the frights of stepping outside your comfort zone. His films were about exploration, and actor / creator Paul Reubens has no desire to provide Pee Wee with a cakewalk. But just as Pee Wee has no control over the types of dark characters he encounters along the way, they too are entirely vulnerable to Pee Wee’s infectious capacity for friendship.

Thanks to producer Judd Apatow, Pee Wee is back on the road for another odyssey, wherein the less said about his trip is best. Brilliantly co-penned by Love co-creator, Paul Rust, and featuring appearances from actors Alia Shawkat and Jessica Pohly, Pee Wee’s Big Holiday is a fanciful journey into the unknown backroads of America.

At SXSW, I had the pleasure of speaking to Reubens as well as his co-conspirators listed above. Luckily, thanks to Netflix’s speedy turnaround, you can go over to its site and join Herman for his big holiday right now. Enjoy!